Hemp, Cannabis sativa L., is an ancient crop. Although there is no recorded corroboration, it is believed hemp might have been grown in China 20,000 years ago. By the 16th century, hemp was a cash crop widely utilized for both its fiber and seed in Europe. Hemp was introduced to America in the New England region in 1645. Hemp-derived products were replaced with cotton products during the late 1800s due to the technical advancements in cotton ginning and reduced labor cost. Cordage and sailcloth were mainly made of hemp fiber, but demand for hemp further declined with the introduction of steam and petroleum powered ships.

The Cannabis plant contains several psychoactive compounds including ∆-9-tetrahydrocannabinol (THC). It is important to note that concentration of THC in Cannabis depends on both environmental and genetic factors. Most cultivated industrial hemp crops contain less than 1% THC. Marijuana is the term commonly used for Cannabis produced for drug and recreational purposes and contains about 3-30% THC. Due to the presence of THC in the plant, the Marijuana Tax Act prohibited the cultivation of hemp in the United States in 1937. The ban on hemp production was removed during World War II because of the interrupted imports and the high national demand for fiber. After the war, controls were restored.

The 2014 farm bill differentiated industrial hemp with THC concentration of 0.3% or less from marijuana. The 2018 farm established hemp as an agricultural commodity by removing it from the list of controlled substance list. Currently, industrial hemp is being considered as an alternative to the lower value commodity crops.

There are more than 40 hemp cultivars. Finola is the most common cultivar planted for commercial purposes. Hemp can be grown for seed, fiber or oil. Industrial hemp seeds are planted very closely to encourage fiber production and depress leaf development, whereas hemp grown for seed is planted farther apart. Hemp can be used in food or feed formulations provided the products are approved by the Food and Drug Administration (FDA) for food and the Association of American Feed Control Officials (AAFCO) for feed products. Hemp seed and hemp seed oil can be utilized in food products. Currently, there is no approved use for any form of hemp as a feed ingredient.

Hemp seeds, which are fruits of Cannabis sativa, have round shapes with diameters ranging from 3.0 to 5.0 mm and are dark red brown color. Seeds are covered by a thin two layered pericarp and have an endosperm and two cotyledons inside. Hempseeds contain about 25-30% oil, 25-30% protein, 30-40% fiber and 6-7% moisture. Chemical composition of the seeds varies significantly depending on the hemp cultivar planted. 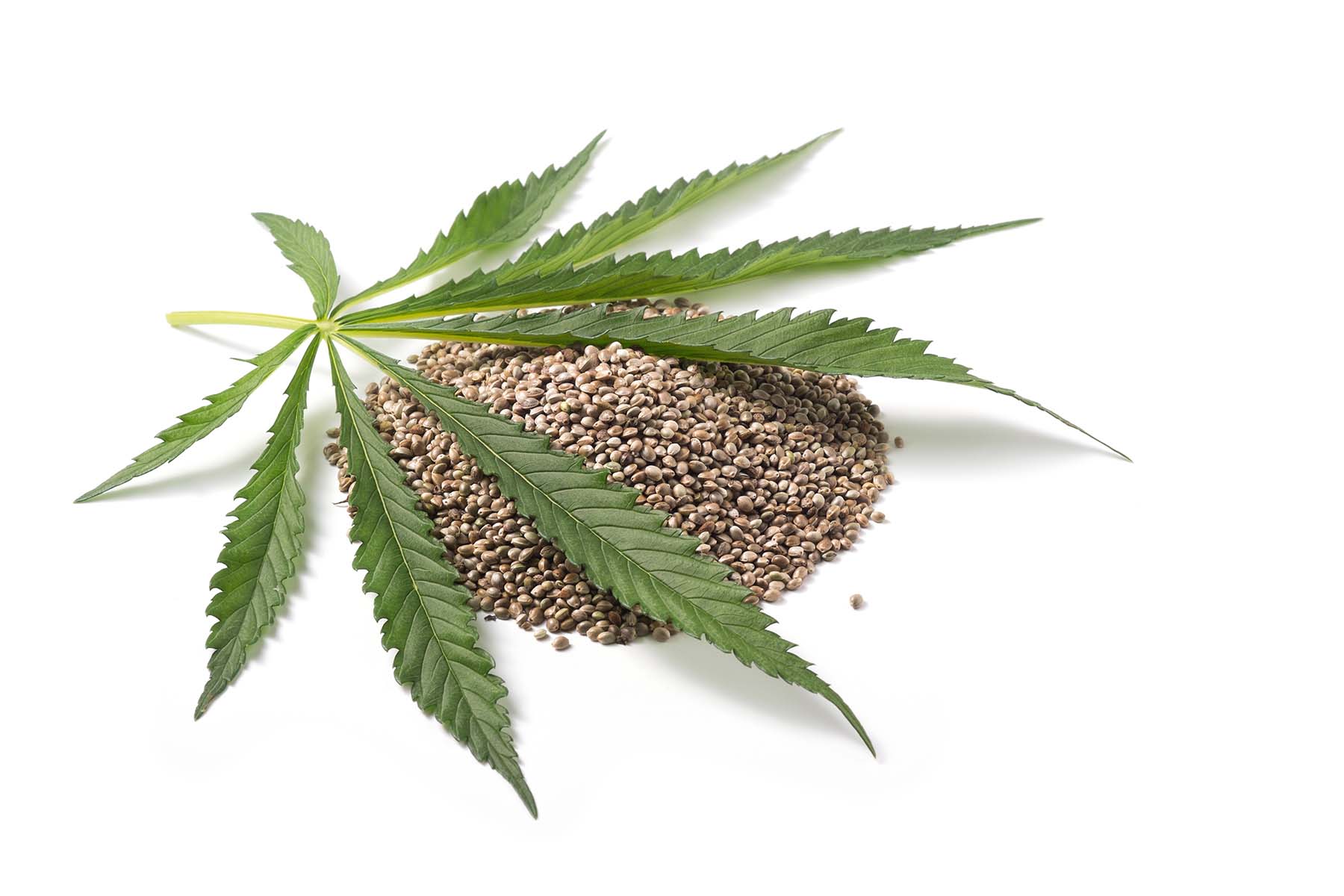 Hemp seeds can be processed just like any other oilseed to produce oil (see fact sheets FAPC-153 Oil and Oilseed Processing I: Oilseed Handling, Storage and Pre-treatment; FAPC-159 Oil and Oilseed Processing II: Oil Extraction Techniques; and FAPC-160 Oil and Oilseed Processing III: Crude Oil Refining and Preparation for Biodiesel Production). In summary, seeds are separated from foreign matter such as stones, metal pieces and other seeds and plant parts. Then, they are conditioned to adjust seed moisture. Mechanical pressing and/or solvent extraction, usually with hexane, are two common techniques used to recover oil from seeds. Crude oil from the extraction process goes through a series of refining processes depending on the end use.

Appearance of hemp derived oils on grocery shelves have caused some confusion with consumers. Although hemp seed oil use is legal for food products, CBD oil is not. CBD oil is an essential oil obtained from the leaves and flowers of hemp plant and has very different chemical composition than hemp seed oil.

Solvent extracted hemp seed oil is liquid at room temperature and has a yellow color, bland taste and a nutty aroma. Organoleptic properties of hemp seed oil may vary depending on the seed growth location, oil extraction conditions and seed maturity. It may have a strong, pungent flavor. The taste of the oil also is affected by postharvest management practices, i.e. high temperature drying, leading to formation of increased amount of volatile compounds, peroxides and free fatty acids, and quality deterioration (see fact sheet FAPC-197 Edible Oil Quality). The refractive index and specific gravity of refined oil at 40 degrees C and 20 degrees C are 1.4570 and 0.8927, respectively. Crude hemp seed oil has a higher specific gravity, 0.9200, than for refined oil. Hemp seed oil has lower melting and smoke points than commodity cooking oils because of its high PUFA content.

Commercially refined hemp seed oil contains significantly higher unsaponifiable (see fact sheet FAPC-196 Lipid Glossary) content than that of many commodity oils. This is partly due to the high phytosterol (plant sterols) content of the oil. Numerous studies have demonstrated ingestion of phytosterols lowers low-density lipoprotein (LDL) levels in human blood. Tocopherols are the most important natural antioxidants. Tocopherol content of hemp seed oil varies between 76.4 and 92.1 mg/100 g oil, which is similar to many other seed oils such as soybean and sunflower seed oil. 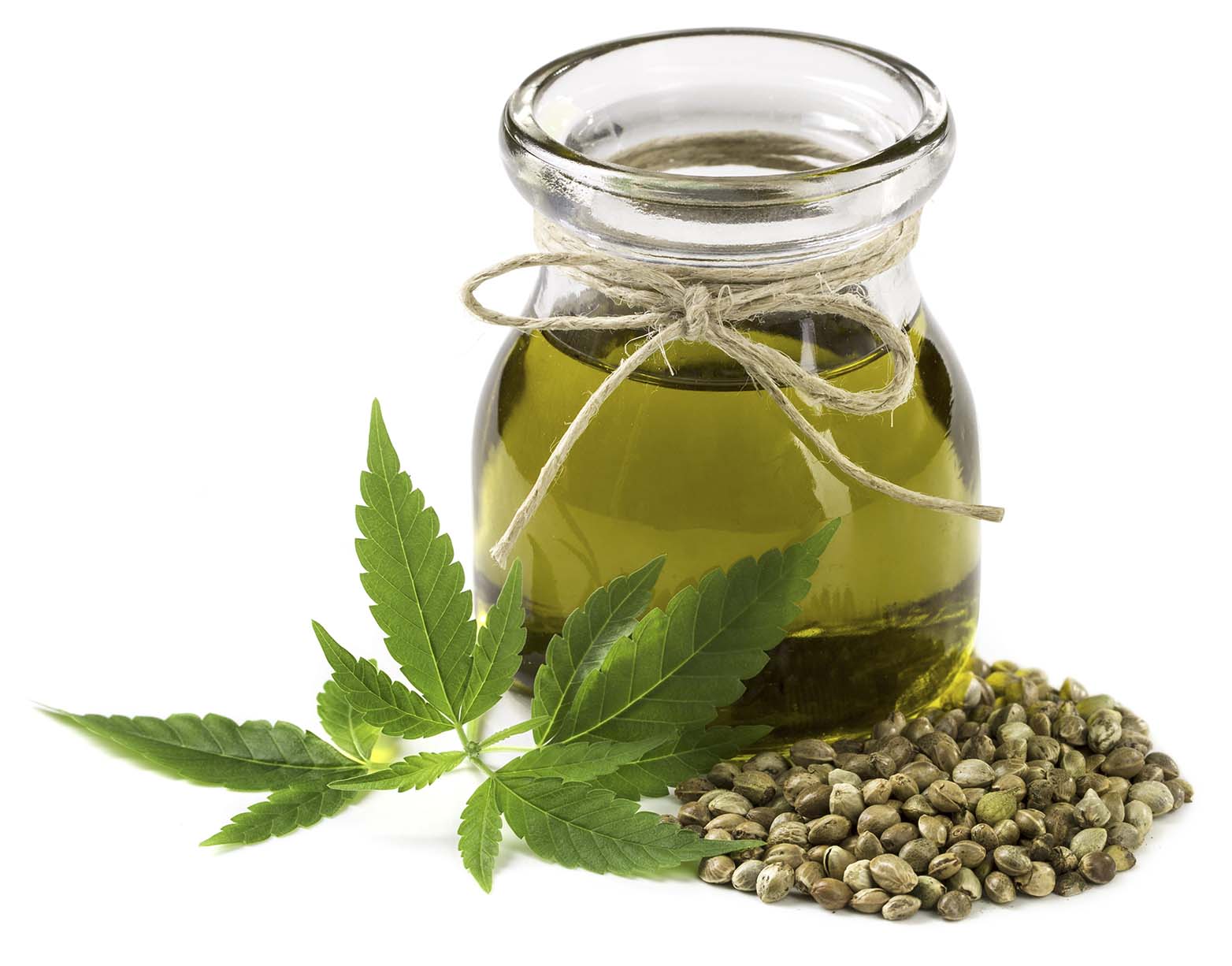 Historically, hemp seed and oil were used in a variety of products. Hemp seed oil was the most consumed lighting oil until 1870s. Then, hydrocarbon fuels and later electricity replaced hemp oil for lighting. Soap, linoleum, paints and varnishes were commonly formulated with hemp seed oil. There are reports about the use of seed oil in medicine for treatment of glaucoma and cancer, reducing cholesterol level in human blood and controlling high blood pressure. Hemp seeds were popular as birdseed and residual cake after oil extraction, also referred to as meal, marketed as cattle feed. Soup, porridge and gruels made with hemp seed flour were some of the dishes widely consumed in times of famine. Hemp seeds also were  used to treat stomach or ear pain, coughing and incontinence.

High PUFA content and favorable omega-6: omega-3 fatty acid ratio of hemp seed oil provides opportunities for development of specialty nutritional formulations. Currently, hemp seed and oil markets are quite small due to the limited production and processing capacity available. Most of the products can be categorized as specialty rather than commodity products. Protein powders, specialty oils, energy bars and drinks, hemp milk and butter are some of the popular edible products. Mechanically pressed hemp seed oil is utilized as salad dressing, but oil is not suitable for high temperature applications because of its high unsaturated fatty acid content. Hemp seed oil is the main ingredient in a wide range of cosmetic products including liquid and bar soaps, creams, lotions and lip balm. Adulteration of hemp seed oil can be an issue due to its relatively higher value than commodity oils.

Dehulled ground protein rich hemp seeds or flour can be used for making bread, cakes and granola bars. Roasted, salted and caramel coated hemp seeds are used as snacks in Turkey, China and the United States. Roasted seeds also are sold as a minor ingredient in energy bars and coffee blends. Butter made of hemp seed is claimed to have much higher nutritional value than peanut butter.