To Be or Not to Be: That is the Gluten-Free Marketing Question

At the turn of the 21st century, the letters “GF” on a restaurant menu would have probably confused a majority of patrons. These letters, of course, stand for “gluten-free.” Today, the gluten-free market is a multi-billion-dollar industry – although the definition of gluten-free and its applicability to food markets is somewhat contentious.

What does gluten-free mean?

Gluten is a mixture of proteins found in a small group of grains: wheat, rye, barley and any/all hybrids of these three grains (e.g. triticale, a cross between wheat and rye). Any products that include flour or whole grains from these plants also will contain gluten, unless steps have been taken to remove enough gluten so the final product contains less than 20 parts per million (ppm) of gluten as per the requirements in the Food and Drug Administration’s (FDA) gluten-free labeling guidelines (see Federal Register / Vol. 78, No. 150 for more details).  For example, a cornbread batter mix that is primarily made of corn meal but also includes wheat flour could not be labeled as gluten-free. However, a product made solely of corn meal that can guarantee it contains less than 20 ppm of gluten can be labeled as gluten-free.

Close to 3 million Americans have been diagnosed with celiac disease, which is basically an allergy to the gluten protein. Sufferers of this disease experience inflammation in the lining of the small intestine due to gluten consumption, resulting in less nutrients being absorbed into the bloodstream. Symptoms include diarrhea, constipation, bloating and pain.

To attract the attention of these consumer segments, many companies market their foods as gluten-free. Any number of products may be certified as gluten-free by a third-party source (e.g. the Gluten-Free Certification Organization) as long as the products meet the FDA definition of gluten free as foods NOT containing the following:

Most food items do not contain gluten-based grains, yet many food and beverage companies place a gluten-free claim on their products that are inherently gluten-free for marketing purposes. Examples include gluten-free labels on eggs, meats, vegetables, dairy products, soft drinks, orange juice and even bottled water. This marketing tactic has allowed retailers to sell products bearing the gluten-free claim for a 100% premium (Lee et al., 2007).

Many consumer surveys suggest a gluten-free diet is one of the most popular U.S. health food trends in recent years (Miller, 2016). This is not due to an increase in diagnosed cases of celiac disease, which remains stable at around 1% of the U.S. population (about 3 million people), but rather increased rates of gluten sensitivity/intolerance among (12-18 million) U.S. citizens and the perception food products with a gluten-free label are healthier than other products (Navarro, 2016). This common perception is the leading argument the 5.4 million Americans without celiac disease provide for adhering to a gluten-free diet (Choung et al., 2017; Mintel, 2016).

Food companies and retailers have employed a variety of marketing strategies emphasizing gluten-free products in response to the popularity of the gluten-free diet. However, the recent interest in purchasing gluten-free food products has been described as a fad (Reilly, 2016), so redesigning an existing marketing campaign to emphasize gluten-free may or may not result in long-term payback benefits for participating food industry firms. 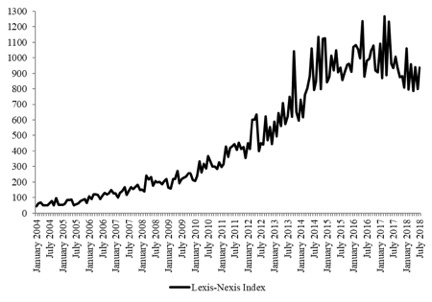 According to the USDA Economic Research Service (ERS, 2019), approximately 1,200 new products made gluten-free claims in 2009. By 2016, more than 6,100 new food and beverage products included gluten-free claims. Roughly one-fourth (26%) of these new products were in the snacks segment of the industry, but sauces/seasonings, dairy products and processed fish/meat/egg categories had at least 12% of the new gluten-free product introductions (Figure 2). 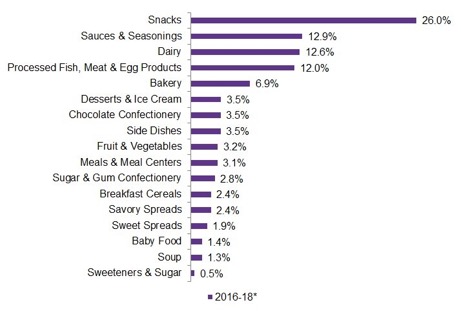 Interestingly, the number of customers purchasing gluten-free alternatives in lieu of traditional gluten-containing foods has begun to decline (Figure 3) even though gluten-free introductions have surpassed almost all other forms of “free” food product placements (e.g. GMO-free, artificial ingredient-free, etc.) in the market (ERS, 2019). Several possibilities exist for the stabilization of the gluten-free market: 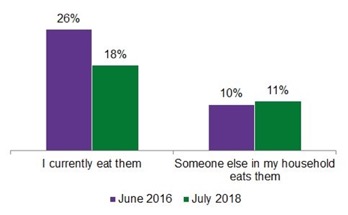 According to Mintel (2018), there remains a large segment of the population that does not consume gluten-free foods but is interested in trying them (Figure 4). Mintel’s survey suggests this sentiment is more prevalent in adults under the age of 45, especially those who are parents of children under the age of 18. Interestingly, the survey also suggests Hispanics are more inclined to be in this consumer segment than non-Hispanics. 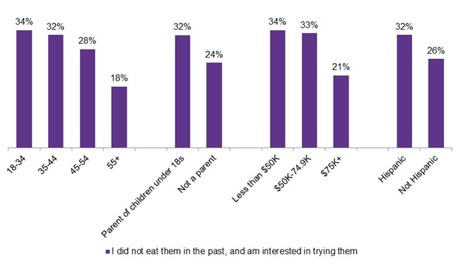 Figure 4. Consumers who do not eat gluten-free foods, but are interested in trying them (source: Lightspeed/Mintel, 2018).

The take-away from these findings is, while gluten-free claims still generate levels of consumer interest and boost self-image (e.g. healthier, safer, etc.), the over-abundance of gluten-free claims made by food companies has somewhat lessened the consumer purchasing impacts. Food marketers of gluten-free foods still may find benefit in using the claim but the addition of other claims – such as “all natural,” “no preservatives,” “high protein,” “low sugar,” etc., also may help spur consumer interest in their product offerings.