Double-crop soybean is an important opportunity of soybean production in Oklahoma. Depending on the year, nearly half of the total acres planted to soybean are consid- ered a double-crop system. In this system, the soybean crop is planted following the harvest of a winter crop, typically a winter wheat. This results in a much later planting date than is recommended for full-season soybean crop production. This later planting benefits the crop as it will undergo reproductive growth, one of the most critical growth stages, in more favor- able conditions. However, double-crop soybean production is considered a higher risk system than full-season production. One of the primary reasons for this higher risk is the stress associated with a shorter growing season.This will inherently result in a shorter vegetative growth period and seed filling period, lower node number and lower initial flower and pod set compared to full-season production.To overcome these challenges, growers must make sure management practices and production inputs are utilized in a way to minimize stress and maintain yield potential. Fact Sheet PSS-2197, Management Strategies for Double-crop Soybean highlights management practices growers should consider at planting, while this publication will highlight in-season input and management decisions.

Weed control is a critical management practice in soybean production. This can be more crucial for double-crop production. Due to the diminished vegetative growth associated with double-crop soybean, the soybean crop will be less competitive against weeds in-season. 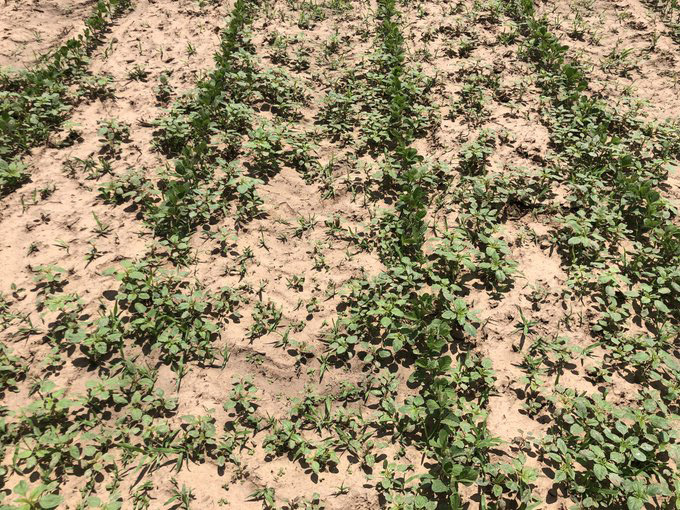 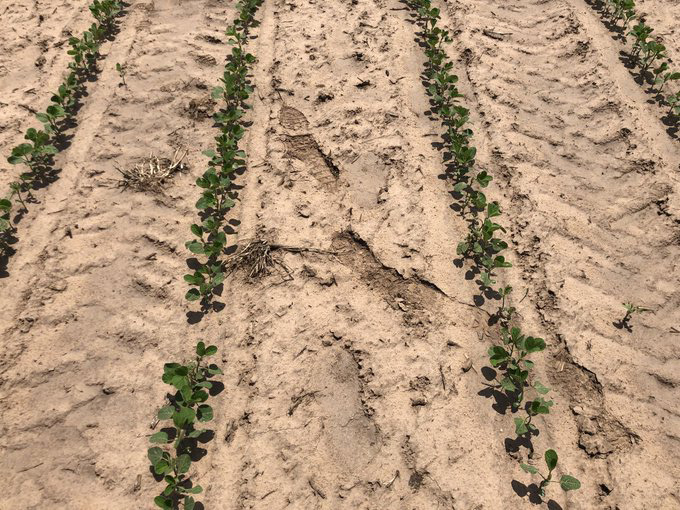 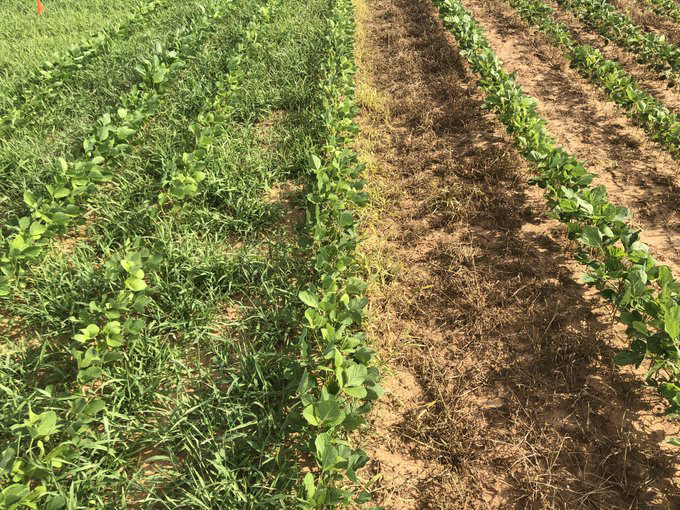 When evaluating production inputs, some questions have been raised on the value of pre-plant herbicide programs in double-crop production. The primary reason for this concern is the uncertainty of early herbicide activation and efficacy. Several factors, including hot and dry environments, heavy residue loads and already present or quick-growing weeds later in the season are the primary concerns. However, research conducted by Oklahoma State University at the Cimarron Research Station in Perkins and the Mingo Valley Research Station in Bixby have noted that pre-plant applications (both contact and long-term residual) are just as important in double- crop as they are in full-season systems.

The use of herbicides applied pre-plant increased yields by more than 12 bushels per acre in full-season production systems and by more than 9 bushels per acre in double-crop systems. While this would suggest lower yield return for pre- plant herbicide applications in these double-crop systems, this is solely due to the reduced yield potential associated with double-crop soybean. When evaluating the percent yield increase, pre-plant applications had a greater percent yield increase (20% compared to 16%) for double-crop compared to full-season.

Growers also should be ready to make timely in-season applications. Previous work has shown that maintaining weed free environments for the first six weeks following emergence is crucial to optimize yields and allow the soybean plant to compete with any weeds present. However, in double-crop systems, most of the soybean plants will have reached reproductive growth by six weeks after emergence. At this point, several herbicides, such as glyphosate and the auxins, would be off-label. Therefore, growers should make sure in-season applications are timely in order to minimize weed pressure.

Several insect species can be a pest problem in soybean throughout Oklahoma. These can include vegetation feeders (such as various beetle and caterpillar species) and pod feeding insects (including pod worm and stinkbugs). Both vegetative and pod feeders can be highly detrimental to double-crop systems, primarily due to higher stress of the system but also the lower number of viable pods and photosynthetic tissue present. Therefore, damage to one pod or trifoliate will represent a greater relative damage. Additionally, as other crops and full-season systems begin to mature in the area, insect pests can move from those crops into the double-crop soybean fields. 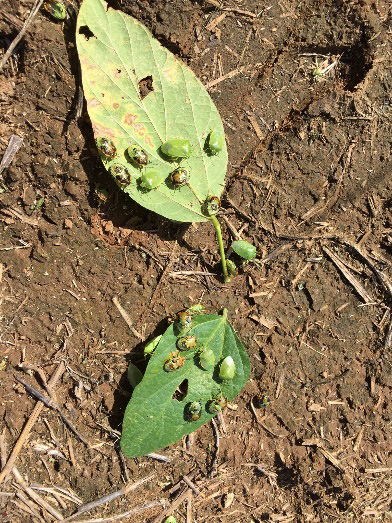 Stinkbugs may be the greatest late-season issue in Oklahoma soybean production.

Soybean is a high-nutrient use crop, particularly nitrogen and potassium. As soybean is a legume, they can form a symbiotic relationship with soil microorganism to fix atmospheric nitrogen. This relationship can supply 80% to 95% of the total nitrogen needed by the soybean plant for production. The bacteria needed for this relationship can typically be found in the soil; however, it has been theorized that these bacteria cannot survive and thrive in Oklahoma soils due to the hot and dry summer conditions as well as the prolonged rotation intervals between soybean crops. This could be remedied by inoculating soybean seeds prior to planting or adding extra nitrogen in-season.

Figure 3. Impact of Inoculation in both high- and low-input double-crop soybean systems.

As mentioned previously, the symbiotic relationship between soybean and rhizobia bacteria often cannot supply 100% of the nitrogen needed by the soybean plant. Therefore, the soybean plant must take up the remaining nitrogen from the soil. Late-season applications attempt to ensure there is adequate nitrogen available for uptake, while having minimal influence on early-season nodulation.These applications typi- cally occur around early flowering (R2).

For this evaluation, urea (46-0-0) was broadcast applied at first flower (R1) at the rate of 23 pounds of nitrogen per acre. Generally, late-season applications had a minimal effect on soybean yield, increasing yields by just over a bushel in the low-input systems and decreasing in the high-input by the same margin. As double-crop soybean are grown typically immediately following wheat, adequate residual nitrogen should be available for the soybean crop to access. Therefore, unless the previous wheat crop out-yields the amount of nitrogen applied, late-season nitrogen applications to soybean do not appear to be an input that would consistently improve yields and/or result in positive economic returns.

Double-crop production is a very valuable system for Oklahoma soybean growers. Due to the later planting dates, this can be a high-stress system that can decrease yield potential. As a means to minimize this stress, growers must optimize management practices and production inputs. In- season inputs such as pre-plant herbicide management with a residual herbicide, insect management and inoculation of seed are critical practices (but not limited to these inputs). Inputs that minimize in-season stress, like weed and insect management, resulted in greater yield increases in low-input systems compared to high input systems. However, inputs that better utilized resources, such as soybean inoculum, resulted in a higher yield increase in high-input systems. Late-season supplementary nitrogen did not show significant benefits to either low-input or high-input system.