Double-crop soybean can be one of the most productive systems for Oklahoma producers. It allows growers to take advantage of all the benefits of a wheat production system, including winter grazing and a sustainable winter crop, as well as an additional highly profitable summer crop system. Since soybean in double-crop systems are planted following the harvest of wheat, they are planted 30 to 45 days later than the typical planting period. This delayed planting often results in lower yields of double-crop systems compared to full-season production; however, under certain environmental conditions or regions of the state, this yield decline may be very minimal. Even though the crop is planted so much later, some of the benefits comes from the crop reaching pod development and seed fill (R3 to R6 growth stage) during late August through early October, which are associated with more frequent rainfall and cooler temperatures compared to that of July or early August that are typical with full-season production.

While double-crop systems do have potential in the state, the later planting can result in a fair amount of stress to the crop. Soybeans are considered to be photoperiod sensitive, meaning maturity is controlled by day-length. Furthermore, soybean are short-day plants; in other words the maturity occurs more rapidly as daylight hour’s decrease. With the longest day of the year occurring on June 21st, most double-crop soybean will have emerged shortly before or following this date. This typically results in a shorter vegetative growth period as well as decreased flowering and pod filling periods compared to full-season counterparts. Production inputs must be optimized to minimize the yield loss attributed to the shortened growing season, ensuring adequate production and potential profitability.

Planting practices are some of the most important management considerations in the majority of production systems, with double-crop soybean being no exception. The goal of proper planting is to place the seed in environmental conditions that will allow for even and rapid germination, emergence and early-season growth. Due to the shortened season, optimizing planting practices in a double-crop system is critical to maintain yields and maximize profitability. 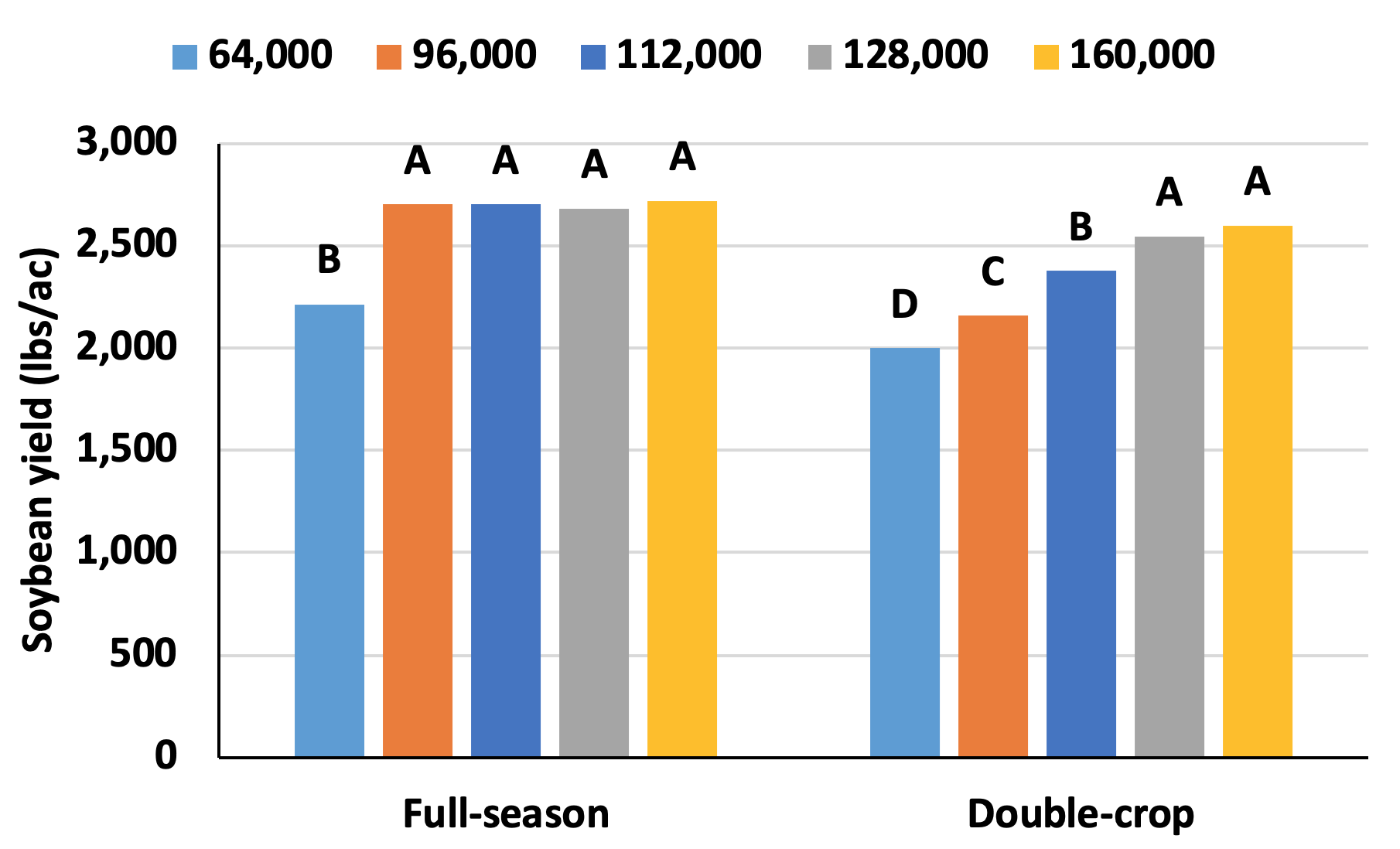 For double-crop production systems, any row-spacing can be adequate. However, as the system does produce lower vegetative biomass, a narrower spacing can help cover rows and minimize bare soils. A decrease in bare soil can result in better moisture conservation and potentially fewer weeds later in the season. Lower weed pressure can be very beneficial as several herbicides are considered off-label once soybeans reach flowering. For double-crop systems, can be fairly early in the season. The main difference in row spacing comes with the equipment used to plant. For wider row spacing, planters are commonly used, while air seeders or drills are typically used for more narrow spacing. Since most double-crop systems are planted as no-till and into potentially high levels of residue, the main concern is the adequacy of both the drills and the planters for planting into those conditions. Overall, both can achieve satisfactory results in heavy residue conditions; however, planters are typically a better option because they can utilize specialized equipment, such as row cleaners, to help deal with higher residue levels.

Residue management at planting is one of the most overlooked, but challenging, aspects of double-crop soybean production partially because of the amount of variables that can influence planting and planting management practices. Several factors of the system can dictate how growers should manage the system, including biomass, harvest type and conditions at planting. Wheat systems that produce a higher amount of biomass can be particularly challenging. As mentioned previously, most modern planters should be able to successfully plant into no-till systems. However, when excessive residue exists, most research classifies this as wheat yields more than 50 bushels per acre, specialized no-till equipment or additional residue management may be required to achieve acceptable soybean stands.

Most double-crop soybean systems are no-till planted immediately or shortly following harvest of the previous small grain. Not having to manage the residue prior to planting allows growers to plant earlier, which can be a major benefit to the system. However, researches from around the soybean production region have shown that soybean in a no-till system, even those in double-crop systems, have slower germination, emergence and early season growth. Furthermore, high amounts of residue can interfere with pre-plant and early season herbicide applications. Growers can manage the residue by tilling or burning the crop residue following harvest but prior to planting. However, these practices create several different challenges, that often are more difficult to overcome, including soil drying, crusting and the loss of valuable residue. An alternative would be to mow or shred the residue prior to planting. This would better spread the residue across the soil surface and minimize the interference at planting. The shorter residue could lead to greater soil drying, but not as much as the tilled or burned systems. Work being done at OSU has shown no significant differences in soybean yield associated with either no-till or where the residue was mowed prior to planting (Figure 2).

Another aspect of residue management that most do not consider is height of the soybean crop and height of the first node. Due to higher rates of vegetative growth in full-season production system, height to first harvestable node is not a measurement most would consider. Not only is there a set height (typically 4 inches above the soil surface), but most combines should not harvest as close to the soil surface as possible to limit the risk of foreign material being lodged into the system. Height of the residue can greatly influence the height in which soybeans set pods in double-crop systems. Growers want high enough residue to minimize losses but not too high to where the soybean crop can become spindly with weaker stalk strength. Research has indicated that either the mowed or no-till production system will produce the first pod high enough where it can be easily harvested. However, no-till systems produce better results, with findings showing more than 7 inches of clearance of the first pod to the soil surface compared to 4.5 inches for the mowed system. Both burned and tilled plots resulted in initial pod being under the critical height for harvest (Figure 3) and at least one node of pods should be expected to be lost. 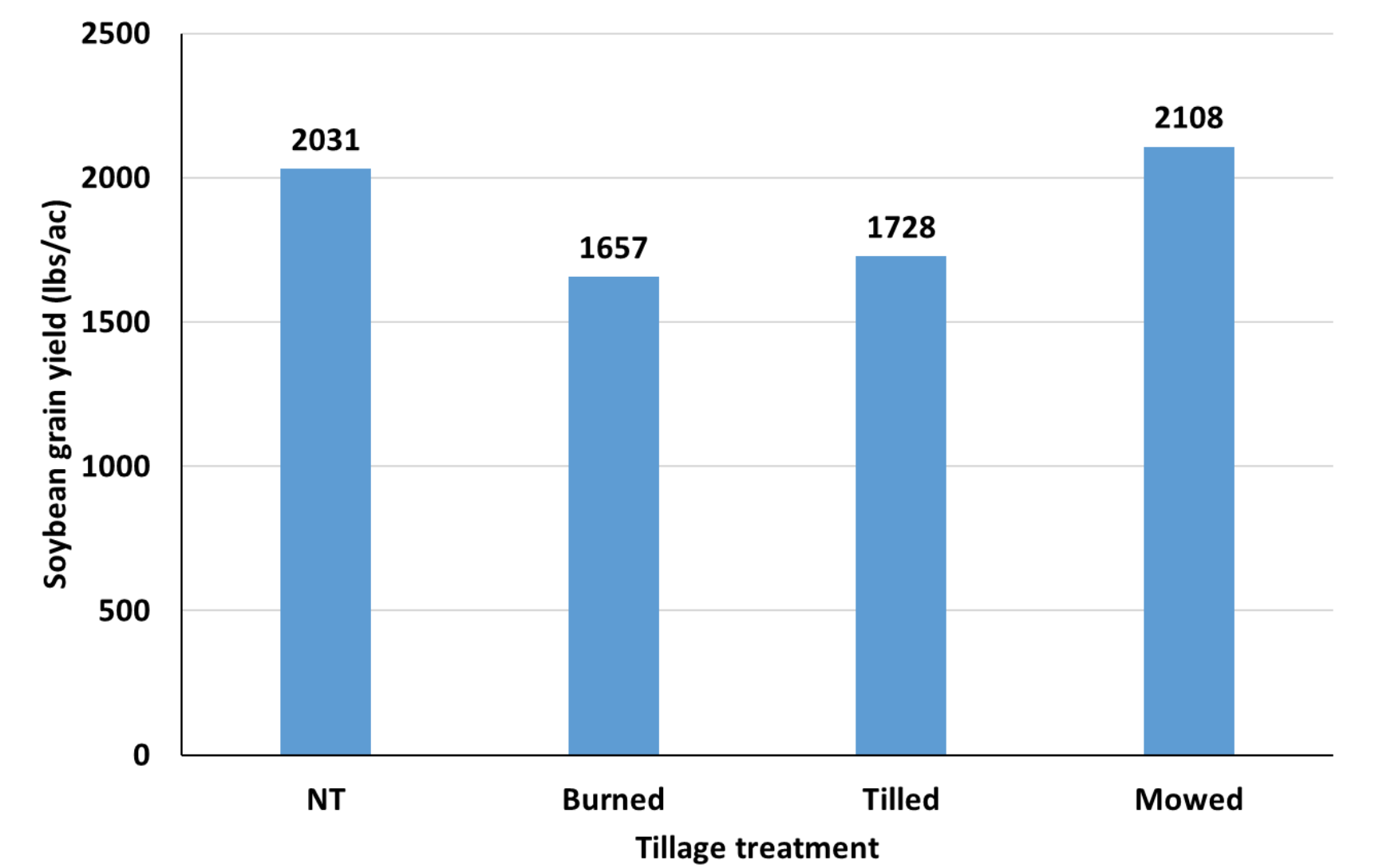 Figure 2. Impact of residue management treatments on soybean grain yield in a double-crop production system in Oklahoma. Research was conducted at the Cimarron Valley Research Station in Perkins.

Overall, double-crop soybean production can be an extremely profitable and productive system. Planting and management practices associated with planting can be some of the most important actions made throughout the season. As double-crop soybean systems are typically planted one to two months later than full-season production systems, the growing season, particularly vegetative growth period, has been substantially shortened. Therefore, practices should be selected to allow and promote earlier and more timely planting as well as early season growth.

For double-crop soybean, growers should consider: 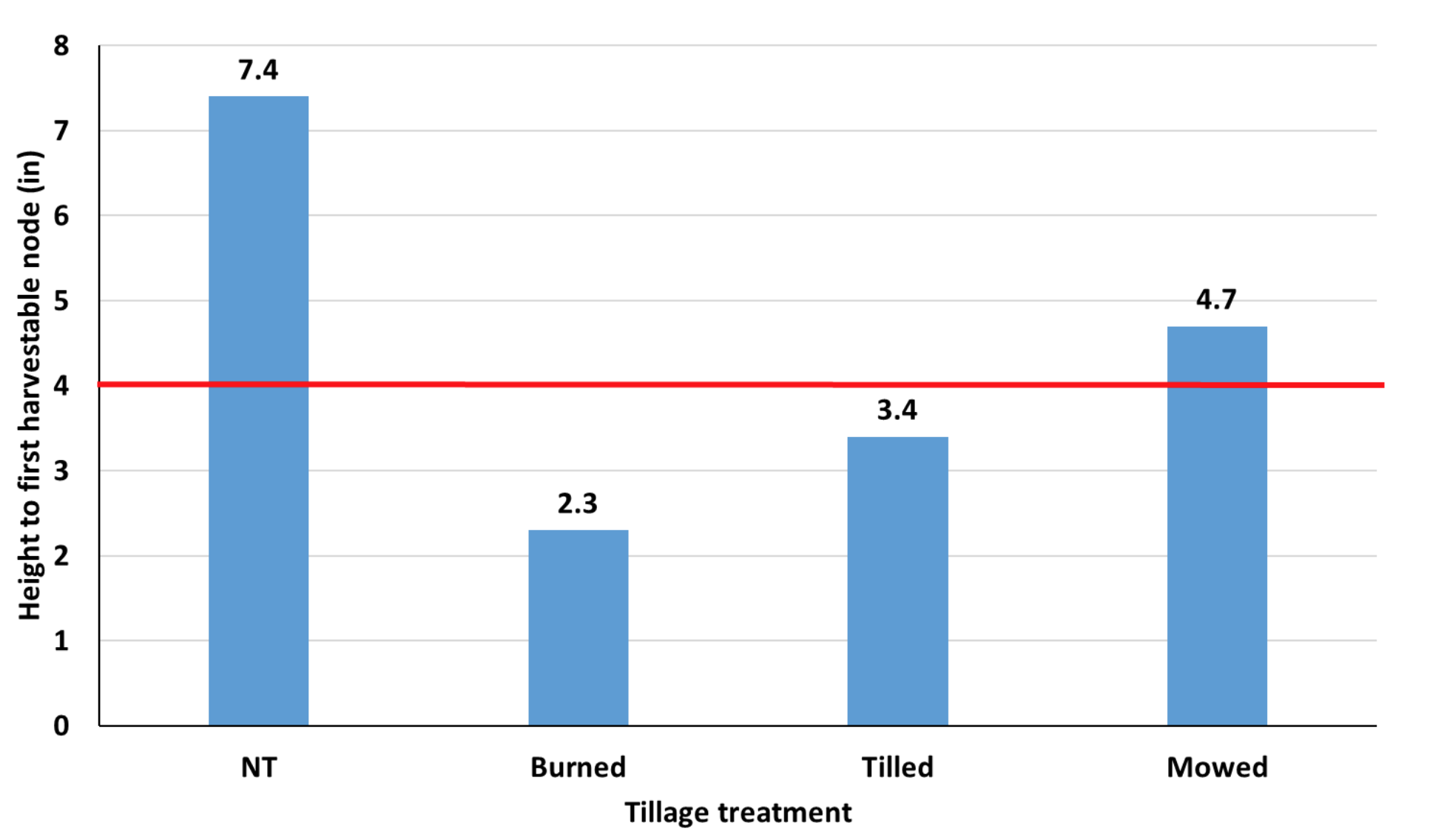 Figure 3. Impact of residue management treatments on soybean grain height to first harvestable node in a double-crop production system in Oklahoma. Research was conducted at the Cimarron Valley Research Station in Perkins.

Learn about the stages and crop management practices of soybeans in Oklahoma.

CropsGrains & OilseedsSoybeans
Fact Sheet
What if Engenia®, FeXapan® or Xtendimax® are Not an Option for Soybean Weed Control?

A summary explaining the purpose of various herbicide products used in soybeans.