What is Wood Plastic Composite?

This fact sheet summarizes some of the basic manufacturing steps, physical and mechanical properties, as well as major uses of WPC.

Wood plastic composites are widely used in the U.S. They are manufactured by mixing wood particles as fine as flour and recycled plastics. North American WPC market have reached almost $1 billion in sales.This is an  increase of 200% between 2001 and 2006, and it is expected that 20% annual growth will take place within the next 5 to 6 years. As WPC capacity increases, new products are being developed such as door stiles, rails and window lineal.

In general, manufacturing of WPC is a two-step process. Combination of wood and thermoplastic such as high density polyethylene (HDPE),  low density polyethylene (LDPE) and polyvinyl chloride (PVC) are mixed together dough-like-consistency called compounding. Mixing can be handled by either batch or continuous process.

In addition to the main ingredient wood with grain size ranging from 20 to 60 mesh, plastic coupling agents, stabilizer, foaming agents or dyes also are added to enhance properties of the final product for a particular use. 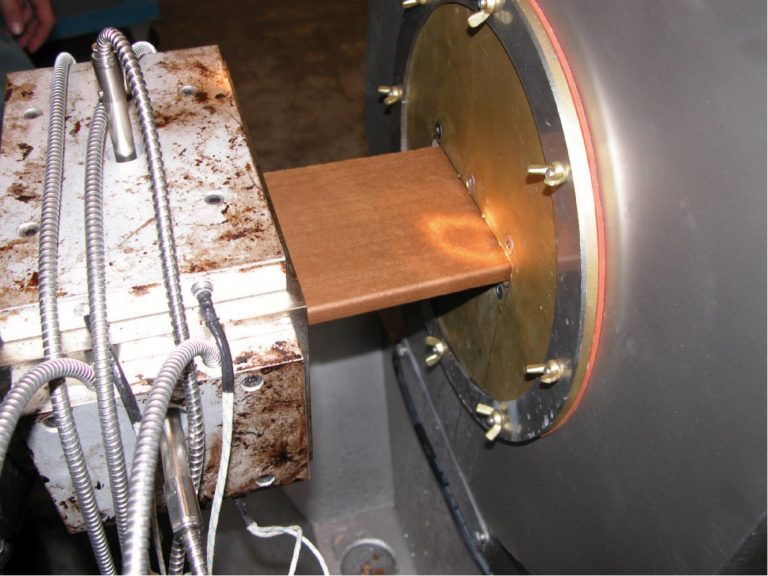 The majority of WPC is produced by extrusion process, which uses variety of extruder types such as single screw or double screw to form final shape of the material. Figures 2, 3 and 4 illustrate examples of WPC products and a flowchart of a typical manufacturing process, respectively. 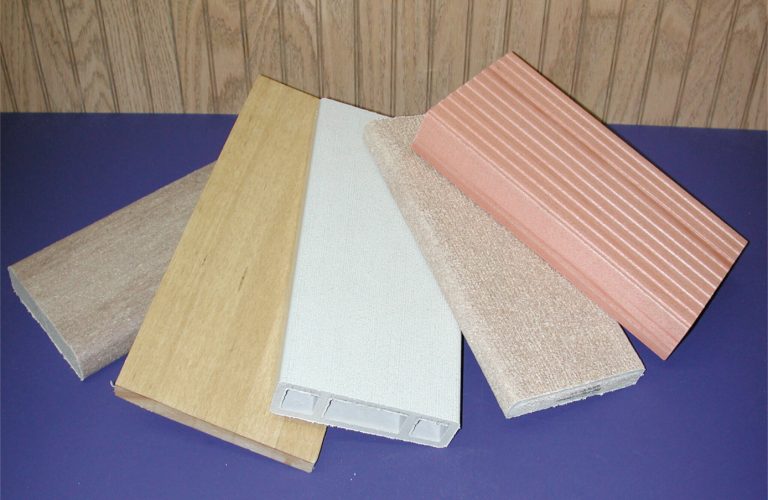 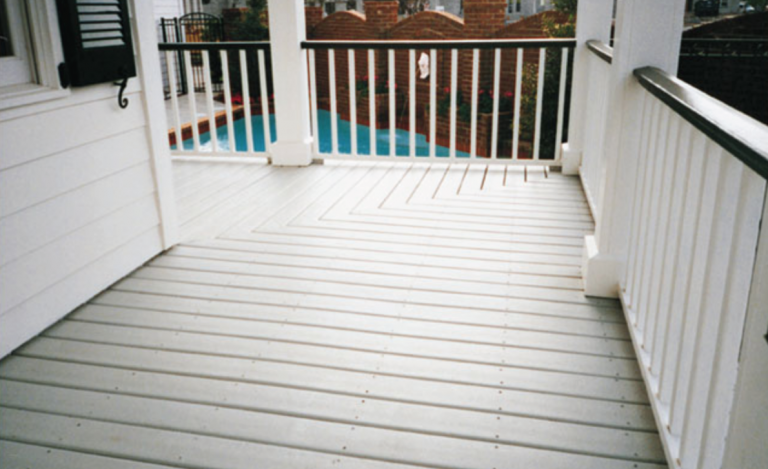 Most of the physical and mechanical properties of WPC depend mainly on the interaction developed between wood and thermoplastic material. One of the most efficient ways to improve this interaction is by incorporating a coupling agent as an additive. In general, such additives help the compatibility between hydrophilic wood, which absorbs moisture easily, and hydrophobic plastic, having lack of affinity for water, allowing the formation of single phase composite and resulting in a product with better dimensional stability than solid wood.

Traditional pressure treated wood with mostly chromate copper arsenate (CCA) is facing  growing dissatisfaction among the user due to health reasons and environmental pollution. Additionally, as of  December 2002, wood treated with arsenic-based compounds has been banned when there is a direct contact with humans such as decking material, playground equipment or picnic tables.

Use of WPC lumber, either in the form of solid cross section or with tubular structure as shown in Figure 2, has been very popular material as a substitute for treated wood products. Table 1 also shows typical mechanical properties including modulus of elasticity (MOE) and modulus of rupture (MOR) of WPC. MOE and MOR are described in a previous factsheet FAPC-162  Strength Properties of Wood for Practical Applications.

The greatest advantage of WPC is its environmentally friendly approach of using waste wood and recycled plastic material. Wood composite plastics have low maintenance cost as compared to that of solid wood. One of the main reasons responsible for the fast growth of WPC is its low-life cycle cost.

In general,  WPC deck has a production cost of about 15% more as compared to that of pressure-treated lumber, but requires a lower maintenance cost. The actual payback period is estimated at 3 to 5 years compared to pressure-treated decking material. Its excellent dimensional stability along with less variability also can be considered as another main advantage of WPC products.

Most of the research in many countries is concentrating on the durability and extended service life of WPC due to large interest in its outdoor use.

In fact, WPC was originally marketed as being naturally decay resistance against fungi or insect attack. However, it has been shown that WPC will still absorb some moisture and eventually decay but at much slower rate than solid wood.

Thermal expansion, creep (time dependent deformation), high density and difficult application of paint would be some of the other disadvantages of WPC.

Other information about WPC