“Agri-tourism offers potential profit for Oklahoma farm and ranch families by providing an opportunity for those in urban centers to experience, maybe for the first time, life in the country.” – Steve Upson

Agricultural tourism or “agritourism” is a set of activities taking place at agricultural operations for the purposeful benefit of visitors. Common activities include, but are not limited to, farm and ranch stays, farm tours, birding tours, farmers markets, fee-hunting, horseback riding, corn mazes, specialty crops and products, you-pick operations and wineries. The benefits of agritourism include the education of visitors about agriculture and food production, diversifying local and rural economies and providing farmers and ranchers an alternative source of revenue.

In fall 2014, the Department of Agricultural Economics at Oklahoma State University partnered with the Oklahoma Tourism and Recreation Department to survey visitors at several agritourism operations. The purpose was to gain information about behaviors, perceptions and demographics of agritourism consumers. An additional objective was to assess consumer perceptions regarding the recent passing of the Oklahoma Agritourism Liability Limitations Act.

Visitors at four agritourism operations in central Oklahoma were surveyed. These operations included a winery; a Christmas tree farm; a corn maze, which included several other agritourism activities and a corn maze with a you-pick pumpkin patch. The sites were surveyed on Fridays, Saturdays and Sundays from October through December, 2014. Each session of surveying lasted two to three hours. Survey dates and times were varied to limit the bias that could result from consistently surveying a business at the same time on the same day. Random customers were approached to anonymously complete the survey, with the condition that participants would complete the survey on-site.

The survey consisted of a questionnaire divided into three groups of questions, which asked customers about the characteristics of their current visit, their perceptions of the Oklahoma Agritourism Liability Limitations Act and the demographics of their travel party. The questionnaire was two pages, taking approximately five minutes to complete. The surveying efforts resulted in 116 completed surveys. Although refusals to participate were not tracked, the vast majority of people (about eight out of ten) approached agreed to participate.

To measure the effectiveness of different marketing methods, questions were asked about how the customer learned of the business they were currently visiting.  Approximately 48 percent of respondents said they had heard about the business by word of mouth, while about 9 percent learned about the business from billboards and road signs. In addition, 17 percent reported they learned about the business through social media, and 9 percent through an internet search. These results are broken down by business type in Table 1. Overall, word of mouth remains an important way of promoting an agritourism business. Traditional advertising methods such as billboards and road signs draw in fewer customers when compared with internet methods. Social media was particularly important in drawing in customers to operations marketing traditional on-farm fall activities.

Table 1. How customers became aware of the business.

Information was collected regarding the length of time customers expected to spend at the business. The median length of time reported by survey participants was a little more than one hour, although there were substantial differences depending on the type of business (see Table 2). Nearly everyone who visited the winery and Christmas tree operation stayed for less than an hour, whereas visitors of the pumpkin patch and maze operations stayed up to several hours, with the median time falling in the 1- to 2-hour response category. Thus, visitors to operations featuring traditional on-farm fall activities stayed much longer than did visitors to operations selling primarily packaged goods.

Table 2. Length of time customers spent at the business.

The distance customers traveled to get to these businesses showed the majority lived within 50 miles (see Table 3). However, when looking at just the winery, customers willingly drove between 50 miles to 100 miles. This could be due to the demand for winery tours by Tulsa and Oklahoma City residents, who often travel in groups by bus to several wineries in a day. The shorter traveling distances that were observed to the Christmas tree farm, mazes and pumpkin patch operations may be due to a combination of the proximity of these businesses to urban centers and the lack of willingness to travel for more than an hour. Additional research may help explain these patterns.

When examining the frequency of customers’ visits to the business, more than two-thirds reported that this was their first visit within the last three years. However, there were customers who had made several visits, including some who visited ten times or more (see Figure 1). It is important to note the more frequent customers were largely those visiting the winery, who were returning to purchase products from the operations’ store and spent little time at the business. It appears customers are willing to repeatedly visit an agritourism business if the operation sells a packaged product, but visit with substantially less frequency operations marketing primarily an experience. 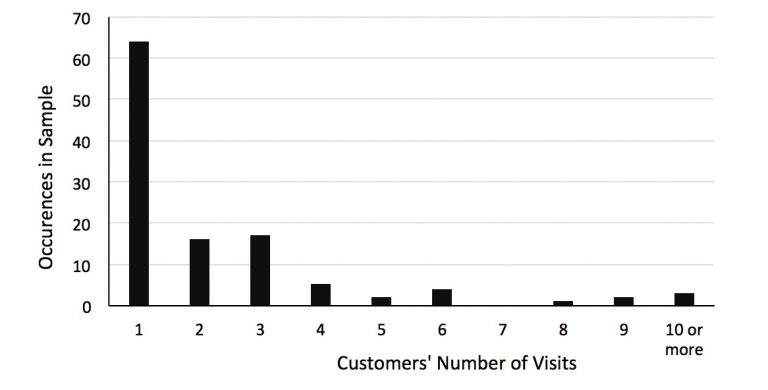 Figure 1. Number of times customers visited the business within the last three years, including their current visit.

Overall, a majority of the agritourism customers surveyed anticipated spending less than $70, including entrance fees, on themselves or their family, with the exception of one group (see Table 4). Of the locations in our sample, the Christmas tree customers expected to pay more than $70, which is consistent with the homogeneous product and pricing offered at this business (it only sold Christmas trees of set heights). 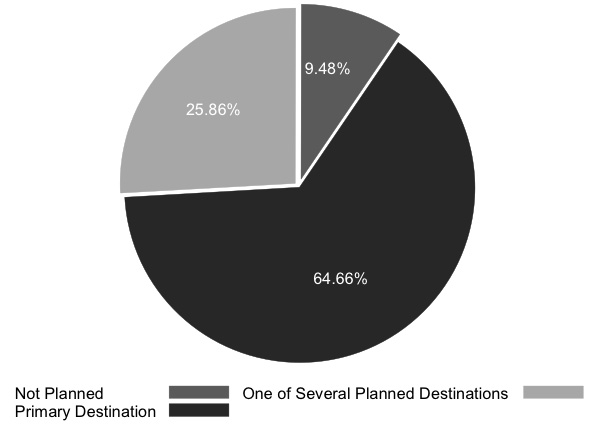 Figure 2. How customers current visit to the business fit into their overall travel plans. 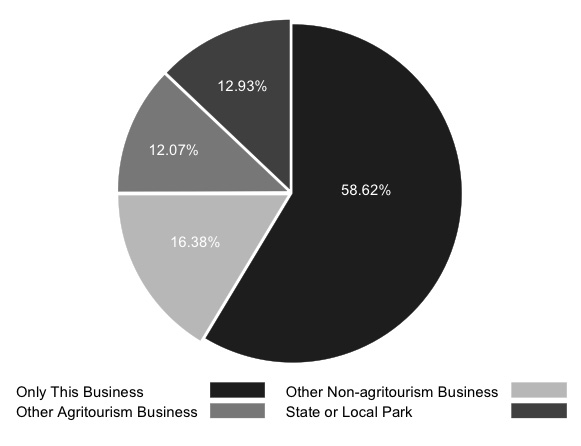 Figure 3. Other destinations that customers included as part of their travel plans.

The Oklahoma Agritourism Liability Limitations Act is an Oklahoma state law enacted in 2013, intended to limit the risk of liability to agritourism operators. Specifically, the law says that an agritourism operator who is registered with the Oklahoma Department of Agriculture, Food and Forestry is not liable for the injury or death of a participant, provided a warning label is posted on site and the injury was the result of a risk inherent to the agritourism activity. The liability protection is void if the producer acts in a negligent manner.

With the recent passing of this law, it was unclear if consumers were aware of its implications, and if businesses had been harmed due to customers becoming more liable for injury. The survey participants were given the explanation in the paragraph above, then asked if they supported the passage of this law. Out of 114 responses, 71 percent reported that they supported this law, while 5 percent did not support it and 24 percent were not sure. When asked if they had seen the warning labels or were aware of this law, 76 percent reported they had not. This result is surprising, because it suggests the warning labels (posted at all four survey sites) are going unnoticed by visitors. To those who had seen the signs posted or were aware of the law, it was asked if this knowledge had affected the frequency of their visits. Nearly all of these respondents (87 percent) said their visit frequency to the current business had not been affected.

The final part of the survey asked about visitors’ demographics. Eighty-one percent of respondents were traveling with children, which is not surprising due to the nature of the businesses included in the survey. About 11 percent of visitors were traveling in large groups, comprised of more than ten people, including visitors traveling as part of a winery tour, as previously mentioned.

Of the 108 respondents who listed their age, most were in their 30s, with 22 percent between 30 and 34 years, and 16 percent between 35 and 39 years (see Figure 4). These are very high percentages when compared to the Oklahoma 2010 Census, which shows 6.4 percent and 6.2 percent of the population lies between 30 and 34, and 35 and 39 years, respectively. The interpretation is that relatively few adults 45 years and older, being less likely to have young children at home, attend traditional on-farm fall agritourism activities. On the other hand, the age range of winery visitors was relatively broad: completed surveys were by those ranging in age from early 20s to 80s.

Figure 4. Age distributions of agritourism customers and all Oklahomans. Note that both distributions are measured only for the population 20 years and older.

When asked about current work status, 69 percent of the 108 responses said they were employed full-time, 17 percent said they were not employed and not seeking work or retired, 11 percent were employed part-time and 3 percent (3 respondents) were not employed, but were seeking work. According to the Bureau of Labor Statistics, the unemployment rate in Oklahoma in November of 2014 was 4.4 percent, so the employment distribution of agritourism customers roughly reflects Oklahoma as a whole. With visitors categorized by income, 24 percent of respondents were in the $50,000 to $74,999 range and 23 percent were in the $25,000 to $49,999 range. Overall, more than 70 percent of visitors earned more than $50,000 in household income, despite the median income of Oklahoma residents being $45,339 in 2013 (Oklahoma QuickFacts from the U.S. Census Bureau). Compared with Oklahomans as a whole, agritourism visitors have higher than average incomes. In all likelihood, agritourism operations attract visitors with higher incomes because people tend to view agritourism visits as a type of luxury activity.

A survey of visitors at select agritourism operations was conducted during several weekends in the fall of 2014. Data confirm that traditional on-farm fall activities appeal primarily to young families, a part of the population that is increasingly embracing social media. The data show that, while word of mouth remains the largest contributor to customer visits, social media is the second most important source where visitors learn about agritourism opportunities. This suggests that traditional fall agritourism operations may find the best use of their advertising efforts is to develop a significant social media presence. Additionally, the results suggest that fall agritourism operations should market to families within 50 miles of the business, since the vast majority of customers surveyed lived within this distance. However, this may depend on business type. Note that not all types of agritourism operations (for example, farm tours and fee-hunting) were included in the customer survey. Business owners providing goods and activities differing from the sampled operations should interpret the results with caution.

A detailed view on the activity amounts among different types of agritourism pages.

An overview of commodity, conservation, crop insurance and disaster assistance.