One of the most cost-effective ways to increase fall forage production by winter wheat is early sowing. Sowing prior to September 20 generally provides enough time for wheat to establish canopy, produce some forage, and develop sufficient roots to anchor the plant in the soil. Therefore, dual-purpose wheat in the southern Great Plains is typically sown from late August through late September. Factors such as seed dormancy, high temperature germination sensitivity and coleoptile length may delay germination or prevent wheat seedling emergence when sown early into hot soils. Delayed germination reduces the amount of time for wheat growth prior to winter dormancy, resulting in less forage production. It is important for dual-purpose wheat producers to understand factors that might delay wheat germination or reduce emergence.

Wheat seed is considered dormant when it will not germinate, even when favorable conditions for germination are present. Some degree of seed dormancy is a favorable trait for a wheat variety. Seed dormancy is highest just before harvest. This dormancy can help prevent premature sprouting prior to harvest. Seed dormancy is gradually lost with time, but the rate of seed dormancy loss is affected by several factors. Inhibitory substances found in the seed coat of hard red winter wheat varieties, for example, can strengthen post-harvest dormancy. Wheat stored under extremely hot or cold conditions after harvest will generally germinate more readily than seed stored at ambient air temperatures. This is why it is recommended to place seed samples in the refrigerator for a day or two prior to running germination tests. The strength of dormancy also increases with decreasing temperatures during grain fill. So, seed of the same variety harvested from different areas of the state or region might behave differently when sown early. Post-harvest dormancy of most hard red winter wheat varieties will sufficiently dissipate by October. Early-sowing provides less time between harvest maturity and wheat sowing, and seed dormancy may not have dissipated enough to allow germination. 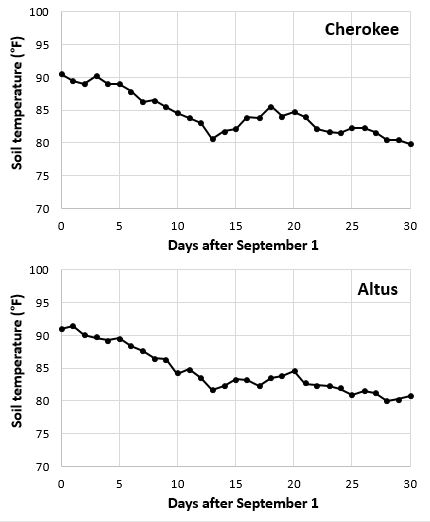 Figure 1. Average maximum observed temperature at a 4-inch depth under bare soil at Cherokee (top) and Altus, OK (bottom) from 2007 to 2016. Observed temperatures at shallower depths were likely higher. Data are from Oklahoma Mesonet.

Hot soil conditions at sowing also reduce coleoptile length. The coleoptile is a rigid, protective structure that covers the emerging shoot to aid it in reaching the soil surface. Once the coleoptile breaks the soil surface, it stops growing and the first true leaf emerges. If the coleoptile does not emerge through the soil surface, the first true leaf emerges below ground, takes on an accordion-like appearance and the wheat plant typically dies (Figures 2A and 2B). For this reason, wheat should never be sown deeper than the coleoptile length. Wheat coleoptile length is related to mature plant height, and most modern, semi-dwarf varieties have shorter coleoptiles than old, tall varieties. Most modern wheat varieties can safely be sown up to 1.5 inches deep, but most will not emerge when sown deeper than 1.5 inches into hot soils. For this reason, “dusting in” early-sown wheat and waiting on a cool rain to reduce high-temperature germination sensitivity and increase coleoptile length frequently results in more uniform emergence than planting deeper to reach moisture.

When sowing early, producers should carefully choose varieties and avoid those with varietal characteristics that can reduce germination. Reduced or erratic wheat germination will result in less fall forage production and reduced stocking rates. Soil temperatures are generally cool enough to allow full germination of most hard red winter wheat varieties by October 1. 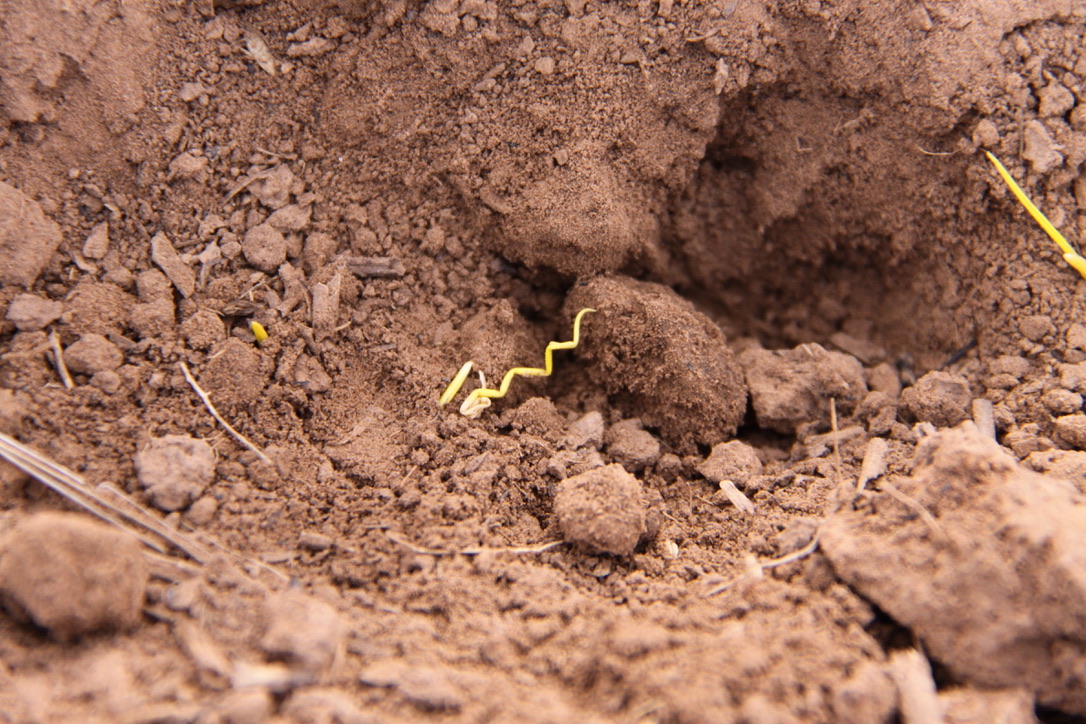 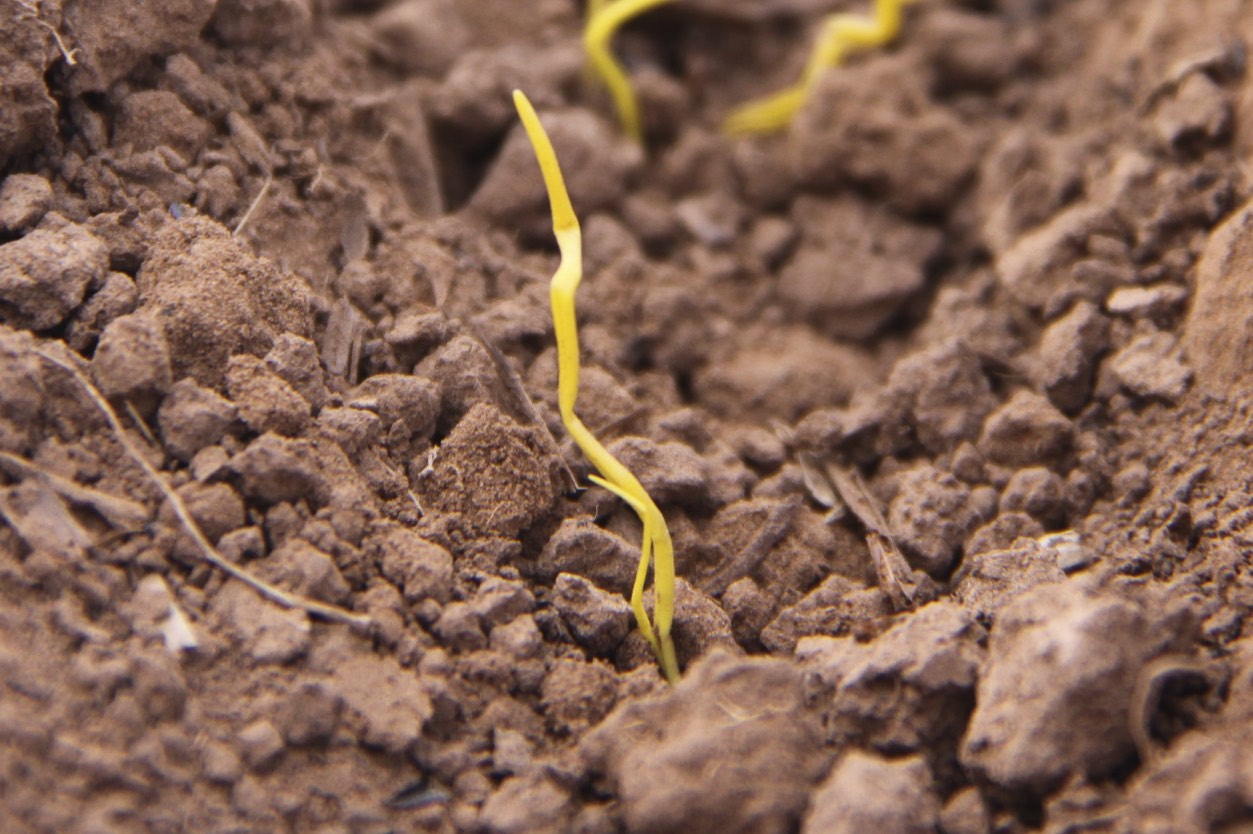 An overview of management and environmental impacts on the 2019-2020 wheat protein content varieties in Oklahoma.

A brief summary of the conditions affecting Oklahoma wheat production, harvesting test plots and yield results in the various county’s.

Learn about the differences between wheat allergies, celiac disease and non-celiac gluten sensitivity.