In much of the southern Great Plains, where conditions allow winter grazing, wheat is managed as a forage and grain crop. A combination of favorable temperatures for wheat growth during winter months and few snow-covered days allows wheat to be used as forage when other forages are limited. Winter wheat offers high-quality forage during the winter in addition to grain at the end of the growing season. The dual-purpose system includes about half of the wheat acreage in Oklahoma and a significant portion of wheat grown in northern Texas and southern Kansas.

In dual-purpose wheat systems, management recommendations for cattle-stocking density are based on the amount of forage needed to sustain cattle weight gains. Fall and winter stocking rates often range from 1 to 2 acres per stocker, depending on weight, while spring stocking rates usually range from 0.75 to 1.3 acres per stocker. Despite being the recommended practice, managing stocking density based on the forage supply and animal weight does not consider the amount of wheat defoliation allowable at the end of grazing to maintain optimum grain yield. Overgrazing wheat pastures increases the risk of reduced grain yield.

The percentage of remaining green canopy cover can be used to help decide when to end in-season grazing. This variable complements forage supply and animal weight while minimizing the risk of overgrazing. The percentage of green canopy cover is simply the proportion of a given ground area covered by green, live vegetation. Green canopy cover affects light interception and the plant's ability to produce carbohydrates. The more leaf area that is present at grazing termination, the greater the opportunity for the wheat crop to recover from grazing.

A recent study (Butchee and Edwards, 2013) shows that producers can use the percentage of green canopy cover to monitor wheat pastures from the end of fall growth to grazing termination in late winter (late February or early March) to make in-season adjustments to cattle stocking density to prevent overgrazing. The study compared two winter wheat varieties (Overley and Fuller) subjected to three different simulated grazing intensities and a nongrazed control treatment (Figure 1). The study was conducted during three growing seasons in two locations in north central Oklahoma and had an intensive, an average, and a low grazing intensity treatment. Simulated grazing was performed when regrowth achieved approximately 2 inches and was terminated at first hollow stem in all site-years.

Canopeo is a rapid and accurate green canopy cover measurement tool developed at Oklahoma State University. Canopeo is available as an application for both Android and iOS devices and enables the user to measure the percentage of green canopy cover in real time. This allows users to make informed management decisions while in the field.

Steps to use the Canopeo App: 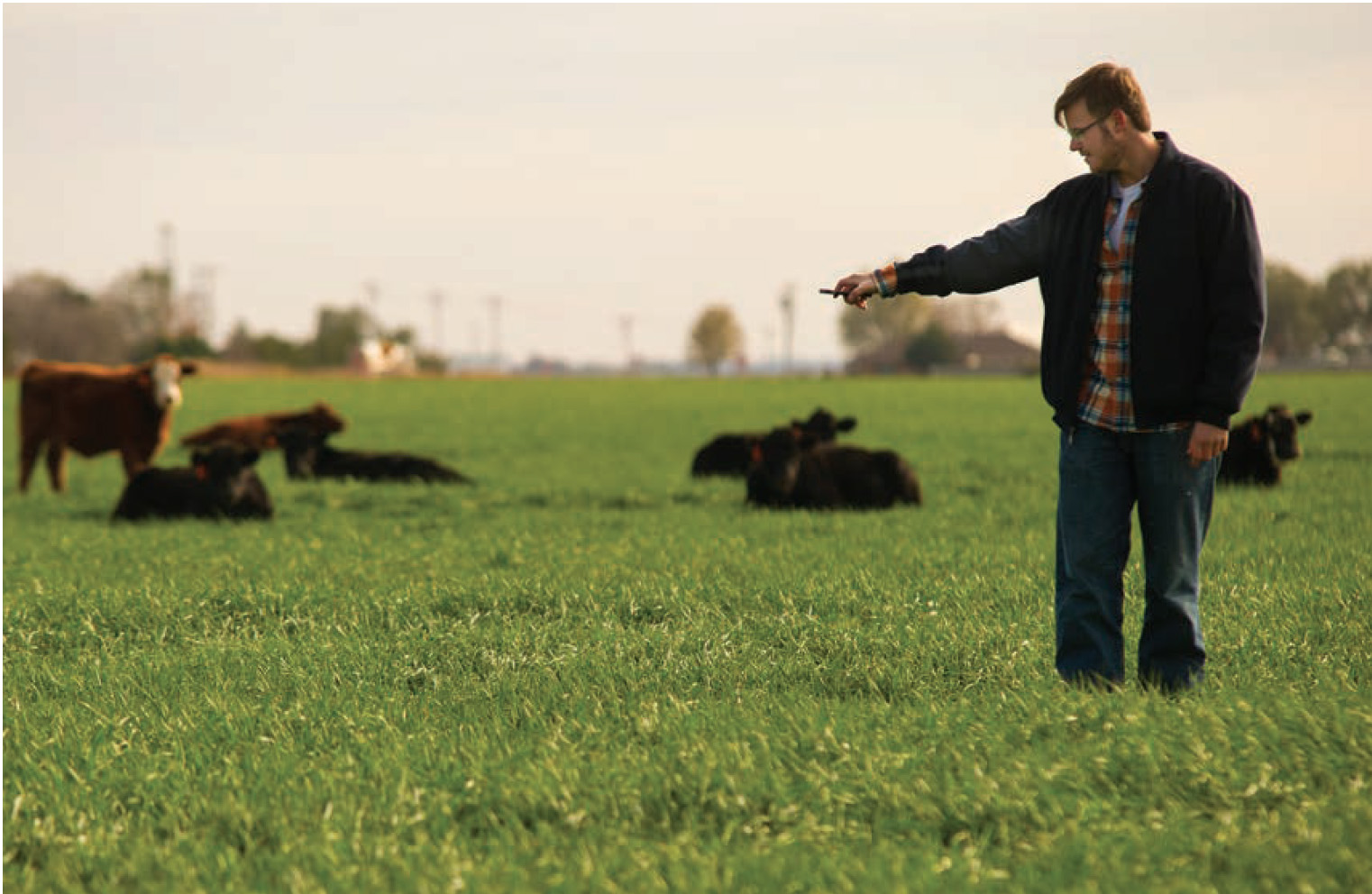 Figure 3. User of the Canopeo mobile app measuring percentage of green canopy cover of winter wheat at the Oklahoma State University Research Station near Marshall, OK. Arms should be extended to the side to avoid including shoes in the photo, and the camera should be held parallel to the ground at least 2 feet (60 cm) above the crop canopy. Photo by Todd Johnson

What information from the app is needed to make informed decisions?

The percentage of green canopy cover is a valuable piece of information to make in-season grazing management decisions based on knowledge from Figure 2. The expected effect of different ranges of green canopy cover on wheat grain yield differs depending on the growing season stage, and are as follows.

How many images are needed in each field or management zone?

The number of images needed for accurate calculation of green canopy cover of a given wheat field depends on the spatial variability of green canopy cover in that particular field (Figure 5). In a case study near Stillwater, Oklahoma, several pictures were taken randomly from two grazed wheat pastures, one where grazing was well managed and another with intensive grazing. Average percentages of green cover in the fields were 61 percent and 15 percent, and canopy cover variability was 14 and 73 percent coefficient of variation, respectively. The minimum number of images included in the mean calculation to achieve an acceptable estimation of the wheat field's green canopy cover with error lower than 5 percent was 6 images for the well-managed field and 12 images for the intensively grazed field (Figure 5). Because the Canopeo app gives the percent of green canopy cover in real time, several measurements can be made quickly.

The authors gratefully acknowledge Joseph Moyer and Johnathan Holman for their work in reviewing this publication.