Wood plastic composite (WPC) is a panel or lumber product made from recycled plastic and small wood particles or fibers. Such products are widely used in the USA for many applications including decking, roof tiles, playground equipment, picnic tables, fencing rails, window lineals and automotive components. The rate of WPC production increased from 2 percent in 1997 to 8 percent in 2000 as compared with other decking materials in terms of the market share. Wood plastic composites are relatively new products as compared to the long history of natural lumber or traditional wood composites, such as particleboard or fiberboard. The North American WPC market has reached almost $1 billion  in sales with an increase of 200 percent between 2001 and 2006; it is expected that 20 percent annual growth will take place within the next decade. The overall manufacturing process of WPC was reviewed in a previous fact sheet titled, “FAPC-170  What is wood plastic composite?”

Eastern redcedar (Juniperus virginiana L.) is considered an invasive species in Oklahoma affecting overall ecology and wildlife. Past studies evaluated properties of particleboard, structural-type products and sandwich-type panels made from Eastern redcedar and concluded that properties of such products are comparable to those commercially produced from other wood species. 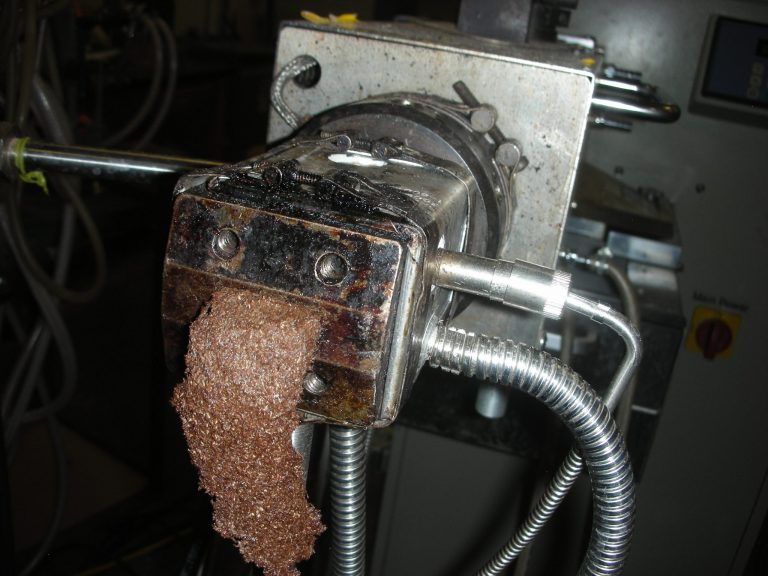 Figure 1. Mixture of wood and plastic coming out from the extruder.

Eastern redcedar particles were screened to 40-mesh size, mixed in a blender with high-density polyethylene (HDPE), nano-clay and commercially manufactured maleic anhydride polyethylene as a coupling agent to improve the adhesion between plastic and wood particles. Three percent and 6 percent nanoclay were added into the samples based on the total weight of the material to enhance dimensional stability of the samples. The mixture was fed into a conical counter rotating twin screw extruder before being used as raw material for injection molder to produce dogbone shape samples. Figures 1 and 2 illustrate the extruder and dogbone shape WPC samples.

Initial roughness measurements were taken on each sample employing stylus-type equipment to evaluate surface roughness of the sample. The stylus profilometer, Hommel T-500 unit equipped with a Tk-300 skid type pick-up, can determine two roughness parameters, namely average roughness (Ra) and mean peak-to-valley height (Rz). Surface quality of control samples and those exposed to eight days water soaking was measured. Figure 3 shows typical roughness profiles of the samples. Thickness and weight of the samples were determined before and after soaking them in water at accuracy levels of 0.01 mm and 0.1 g, respectively. 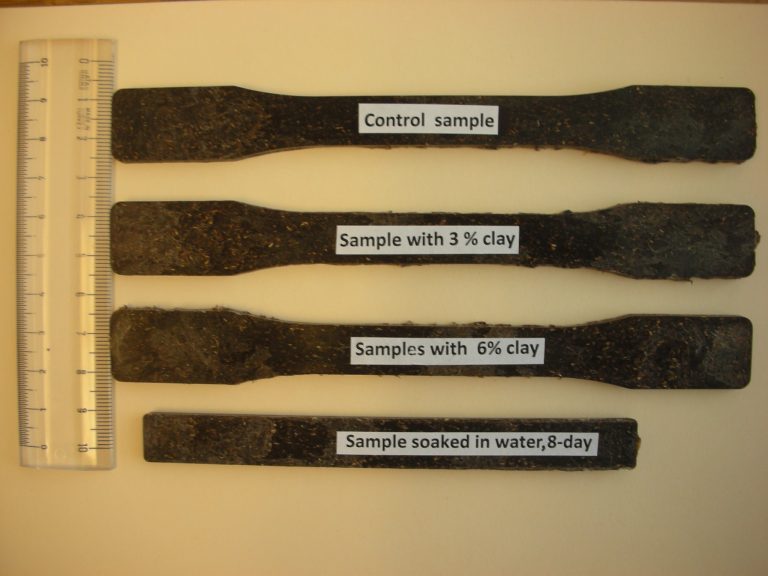 This study demonstrated that having nano-clay in the samples also improved their thickness swelling. As a result of eight days of water soaking, control samples had an average thickness swelling value of 0.59 percent, while those samples with 3 percent and 6 percent nano-clay had 0.50 percent and 0.46 percent as corresponding values. Roughness of any kind of composite including WPC play an important role in further manufacturing steps such as finishing.

Based on results from the stylus-type equipment employed in this work, control samples had an average Ra value of 1.63 µm at the initial condition. Nano-clay in the samples slightly improved their surface roughness acting as a filler. Composites made with 3 percent and 6 percent nano-clay had 1.27 µm and 1.11 µm Ra values in dry condition. This suggests that nano-clay acts as a plasticizer, protecting distortion of surface layers of the samples due to water damage.

Based on the findings in this experimental work, it appears that Eastern redcedar could have potential to be used as raw material to produce WPC with acceptable dimensional stability. Addition of limited amount of nano-clay into the samples further enhanced overall dimensional stability of the specimens. 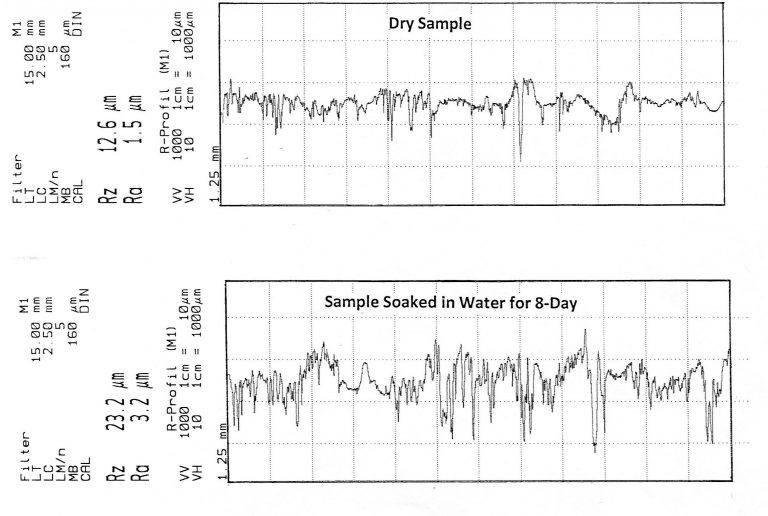