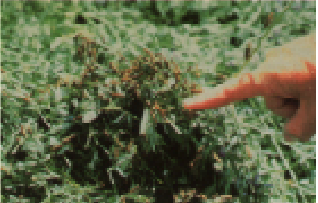 Ways to scout and manage alfalfa weevil in Oklahoma