Grapes are increasingly being grown commercially and in home yards. With increased interest in grape culture, diseases, insects, and weeds are becoming of greater concern. The spread of disease-causing organisms is sometimes associated with the presence of certain insects and weeds. Therefore, homeowners and commercial growers alike should be aware of such relationships and practice integrated pest management (IPM).

IPM is the process of achieving optimal pest control in an economically and ecologically sound manner. Use of IPM makes disease control easier, helps reduce the need for and use of large amounts of pesticides, reduces production costs, and helps prevent chemical contamination of the environment. It is suggested that all grape growers carefully study their vines for presence of pests and control them before they become major problems.

Black rot, a foliar and fruit disease of grapes (caused by the fungus Guignardia bidwellii), is considered to be the most serious disease of grapes in Oklahoma. The principal disease loss is the direct destruction of fruit. Some of this loss may occur early in the season through destruction of blossom clusters or when the fruits are just forming. Growers may not be aware of early losses. Older, larger fruits may also become infected. In this case, the appearance of the fruit bunch is affected as many fruits become rotted and shrivel into black mummies. Usually, loss of infected foliage is not severe, and while infected stems weaken the plant, they rarely cause death.

All of the new growth can become infected during the growing season. On leaves, the black rot disease appears in late spring on the upper surface as definite necrotic (dead) spots which are at first circular and tan with a red margin (Figure 1). Later, the spots are visible on both sides of the leaf. As the spots enlarge, their margins become black and the red spots turn brown. At this time the spots may be irregular in shape. After the spots cease growing, they may be about 1/4 inch in diameter. Also, small black dots, asexual fruiting structures, begin forming (Figure 2). As time passes, more fruiting structures appear and conidia (spores) are produced. These conidia infect newly-formed tissues throughout the season during extended wet weather. Black rot lesions also occur on tendrils, leaf stems, veins, flowers, flower stems, and shoots (Figure 3). These are not as readily visible as those on leaves. 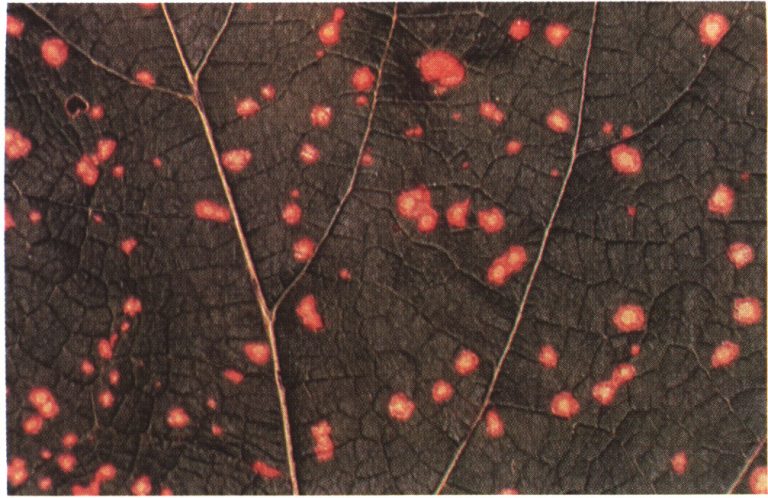 Figure 1. Symptoms of early infection of grape leaves by the black-rot fungus. 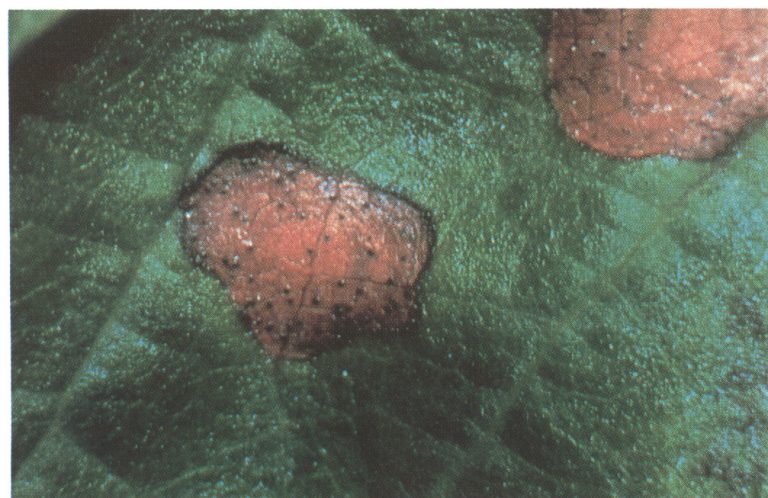 Figure 2. Development of fruiting structures of the black-rot fungus in infection spots (lesions) on a leaf. 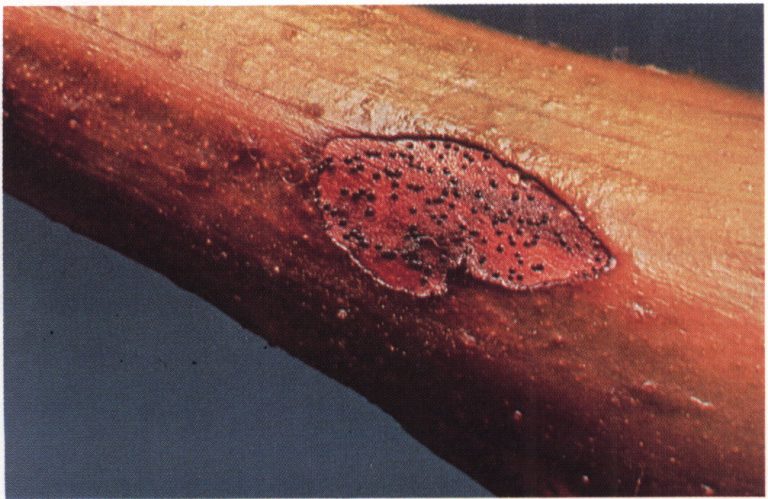 Figure 3. Development of fruiting structures of the black-rot fungus in a lesion on a leaf petiole.

Infection spots (lesions) usually do not appear on fruits until after they are half grown. The first symptom is the appearance of very small whitish areas on developing green fruit. These are soon surrounded by a rapidly widening brown ring, giving a bird’s eye effect. As the fruit rots, black sexual fruiting bodies, perithecia, begin to form. Later, the rotted fruits become black, perithecia studded mummies (Figure 4). Mummies are easily dislodged but some may remain attached through the winter. After spring rains thoroughly soak the mummies, spore-bearing bodies (asci) in the perithecia forcibly release ascospores. Air movements carry ascospores to developing plant parts, which they infect under wet conditions. Some ascospores are also released during the summer when heavy rains occur and also infect tissues. Thus, there can be a continuous primary infection of tissues. The greatest numbers of infections, however, occur during the spring. 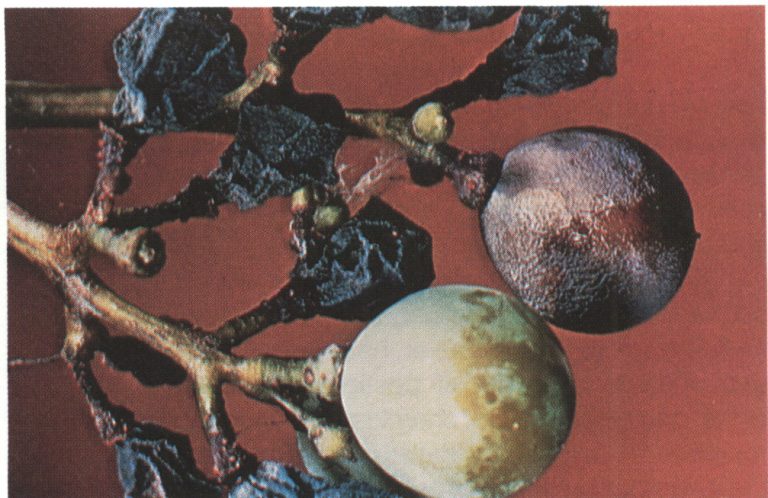 Many grape cultivars have some resistance but still require a few applications of recommended fungicide sprays during wet periods. Cultivars that have large fruits or mature early in the season are the most susceptible.

Certain fungicides are effective for preventing black rot if they are applied beginning early in the spring when the young shoots are developing and spraying is timed to anticipate a rainy period. For additional details on the use of fungicides on grapes, read E-832, Extension Agents’ Handbook of Insect, Plant Disease, and Weed Control or CR-6252, Commercial Grape Insect and Disease Control, available at any county Cooperative Extension office on online at OSU Fact Sheets.