Historically, sorghum producers have allowed the crop to terminate and senesce naturally. However, an increased number of grain sorghum hybrids with a trait that keeps the grain green are being planted as a means to combat environmental stressors. This trait can create challenges for growers with the rate at which the crop naturally dry down. This can potentially lead to increased yield loss from harvesting higher amounts of green biomass or from pest pressure (i.e. bird damage) associated with prolonged field drying. Furthermore, grain sorghum is a crop that relies on tiller production to help improve yields in lower plant populations or thinner stands. Favorable conditions later in the production season can result in the sorghum crop increasing late-season tiller production. Because of the wide range of maturity present in the field when the primary stems are mature. The use of harvest aids has potential to overcome several of these challenges.

What are harvest aids?

Harvest aids are chemicals that, when applied at or near maturity, help prepare the crop for harvest. The use of these chemicals are more common in indeterminate crop production systems, such as soybean and cotton production, and have very limited use in grain sorghum production, especially in the southern Great Plains. Several chemicals are available as harvest aids. Plant growth regulators are very common harvest aids. These chemicals are used to control growth or physiological functions within the crop, such as ethephon being used in cotton production to help promote fruit ripening. Other common harvest aids are herbicides or desiccants, where the primary focus is to increase the rate of drying in the plant.

In sorghum production, all labeled harvest aids are either an herbicide or desiccant. Due to the activity within the plant and the timing of application, these harvest aids have very little influence on the grain itself, but work more in the vegetative biomass of the plant. Therefore, they have little to no impact on grain moisture. Three chemicals are currently labeled for use as a harvest aid for sorghum production: glyphosate, carfentrazone and sodium chlorate (Table 1).

Carfentrazone-ethyl (Tradename Aim® EC or Quicksilver®) is a broadleaf herbicide. While used as harvest aid, it will work to desiccate or terminate the crop. The primary goal as a harvest aid of this product is to assist in the termination of weeds at or near harvest. Carfentrazone provides excellent control of weeds, such as morning glories, and can allow for increased efficiency at harvest. The most common use for this product is tank mixed with other harvest aids to allow weed control at harvest paired with desiccation of the crop through other means.

Sodium Chlorate is a true desiccant and will not kill the crop but merely dry-down any plant material that it contacts. As such, plant dry-down can be very rapid, but may be slowed by cooler daytime temperatures. Because of this rapid drying, growers should be prepared to harvest as soon as the allotted pre-harvest interval has elapsed (seven to 10 days) to minimize excessive lodging. One of the biggest challenges with the use of sodium chlorate is, since it is only a desiccant, that regrowth can occur quickly if conditions are favorable. This may require further management if harvest is not timely. The use of sodium chlorate has been increasing, particularly when grown for seed production, as this product can be used without major risk of harming germination of the harvested seed. Furthermore, this product can assist in the management of weeds that may interfere with harvesting operations, especially problematic grassy weeds. However, similar to sorghum, weed regrowth may occur and should be managed so weeds will not become an issue in future cropping cycles. Growers utilizing this product should consult the label for mixing partners and clean-out procedure as mixing sodium chlorate with some products may present a fire or explosion risk and long-term use without proper cleaning can result in corrosion of the equipment.

Glyphosate is considered to be the industry standard for harvest aids in sorghum production. As opposed to the other two products, glyphosate will kill the sorghum plant as well as many other weeds that are susceptible if it makes contact. The major issue with glyphosate is the time it requires for complete desiccation and the impact environmental conditions can have on the drying period. Glyphosate has a pre-harvest interval of seven days, but in most Oklahoma production systems, it will require closer to 10 to 14 days until the crop is suitable for harvest. Unlike sodium chlorate, with proper application, very little regrowth will occur and growers also should expect good activity on late-season weed populations, especially Johnsongrass. As this product will completely terminate the plant, lodging is a concern; especially those hybrids without the stay-green trait or with high stalk rot infestations. Therefore, growers should section off fields that can be harvested within a one- to two-day period and have multiple desiccation dates to match the harvesting speed.

When to apply harvest aids?

The most important aspect of utilizing harvest aids is applying them at the proper time. Using the harvest aid too early will result in rapid plant dry-down, but unharvestable grain, while too late an application could reduce the economic value of the applications as well as reduce grain yields and test weights due to prolonged pre-harvest periods. A harvest aid should not be applied any earlier than physiological maturity, or black layer (Figure 1). However, at this stage, the grain may still have moisture percentages as high as 50 percent. As harvest aids have little impact on grain moisture (Figures 2 and 3), they should be applied based on physiological maturity of the crop and near-harvestable grain moisture. Glyphosate, as it takes longer to completely dry-down the biomass, should be applied around 30 percent grain moisture. During the 10 to 14 days typically required for the plant to desiccate, the grain moisture should decrease to appropriate levels. Since sodium chlorate desiccates quicker, lower grain moisture may be required. However, it is important that while biomass may be suitable for harvest, pre-harvest intervals still require 10 days between application and harvest. Therefore, grain moisture should be less than 30 percent for sodium chlorate applications.

Figure 1. Stages of maturity for grain sorghum seed, example on the far right is at black layer and safe to make harvest aid applications. 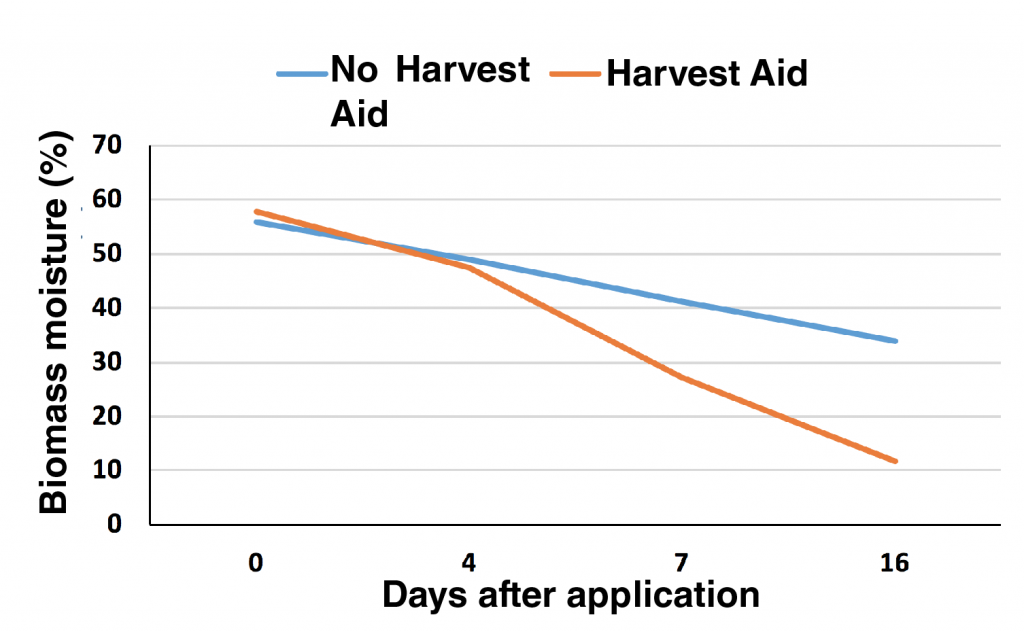 Figure 2. The impact of a glyphosate harvest aid on sorghum biomass moisture. 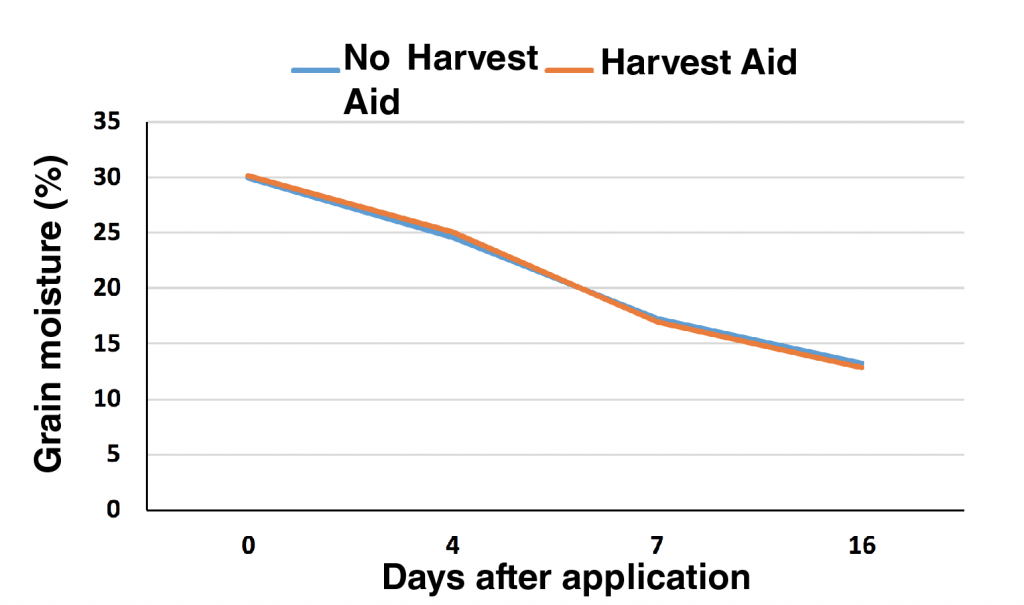 Figure 3. The impact of a glyphosate harvest aid on sorghum grain moisture.

What benefits do these harvest aids have in Oklahoma?

Before going into the individual benefits, it must be stated that the benefit achieved from harvest aids will vary. Spray coverage is vital to get satisfactory results. Applying these products with a minimum of 10 gallons of water, with 12 to 20 being preferred, via ground equipment and a minimum of 2 gallons, with 4 to 10 gallons being preferred, by aircraft.

Harvest aids have no impact on yield potential in sorghum. Since these applications are made following physiological maturity, total yield production has been set and crop dry-down is the only aspect remaining. However, harvest aids have potential to increase realized yields. This realized yield is the yield potential minus any losses associated with prolonged time in the field or during harvest. Achieving a higher realized yield is where harvest aids will benefit by allowing for more timely harvest and less green sorghum or weedy biomass having to be processed by the combine. A two-year study at Oklahoma State University found yields for sorghum treated with harvest aids resulted in an average increase around 7 bushels per acre in Stillwater and just over 5 bushels per acre in Goodwell, compared to sorghum not treated with harvest aids (Figure 4). These results showed very similar yields between glyphosate and sodium chlorate, indicating that both products are considered as viable harvest aids in Oklahoma sorghum production. 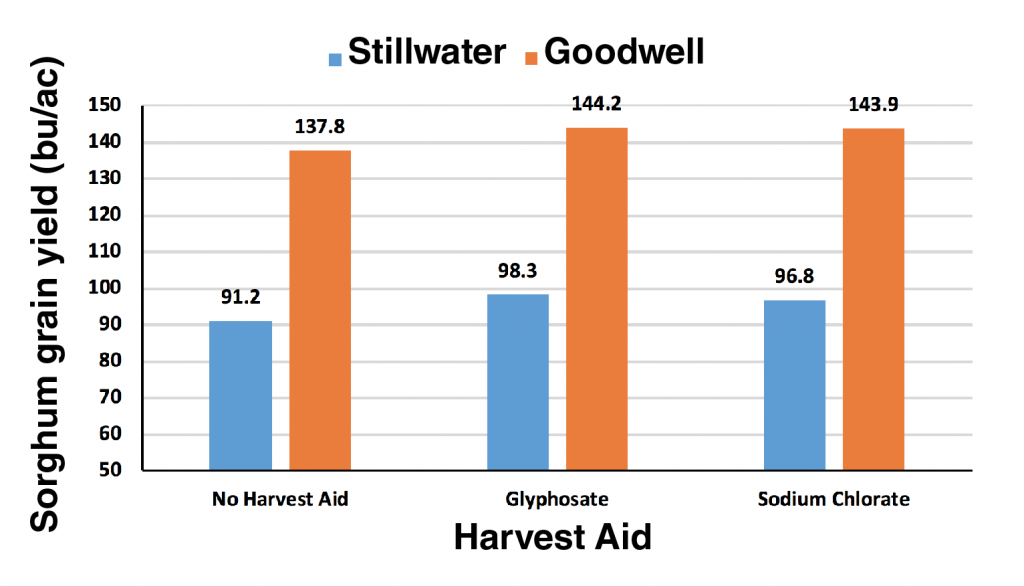 Figure 4. The impact of harvest aids on harvested grain sorghum yields in Stillwater and Goodwell, Oklahoma.

Beyond controlling crop maturity, several other advantages can be attributed to harvest aid applications. Management of late-season weeds is one of these aspects. In many sorghum fields, grassy weeds are an annual concern. One of the more difficult weeds to manage in sorghum production systems is Johnsongrass. Johnsongrass poses a greater challenge due to its perennial nature, lack of ability to control through tillage and limited in-season options. Using harvest aids can help to help control rhizomial Johnsongrass that may be present in successive years. During late-summer and early fall, Johnsongrass will translocate nutrients, sugars and energy developed during its growing season to the rhizomes. These stored materials are vital for the successive year’s growth. Late applications of harvest aids can minimize the translocation of these materials and therefore start to drain the resources those rhizomes will have for future seasons. Furthermore, when using glyphosate as a harvest aid, the plant will actually translocate the herbicide to the rhizome, effectively allowing for herbicide to damage the rhizome.

Data collected in Perkins has shown that the application of glyphosate as a harvest aid significantly reduced Johnsongrass populations in the following year’s crop. While sorghum is not typically grown in continuous production in Oklahoma, sorghum grown following sorghum that had previously used a harvest aid decreased populations of Johnsongrass by nearly 45 percent, compared to fields left untreated the previous year.