Research Summary: The Science of Scent and Implications for Northern Bobwhite

Researchers from Oklahoma State University sought to determine if and how Northern bobwhite choose areas that make their odors more difficult for predators to detect. 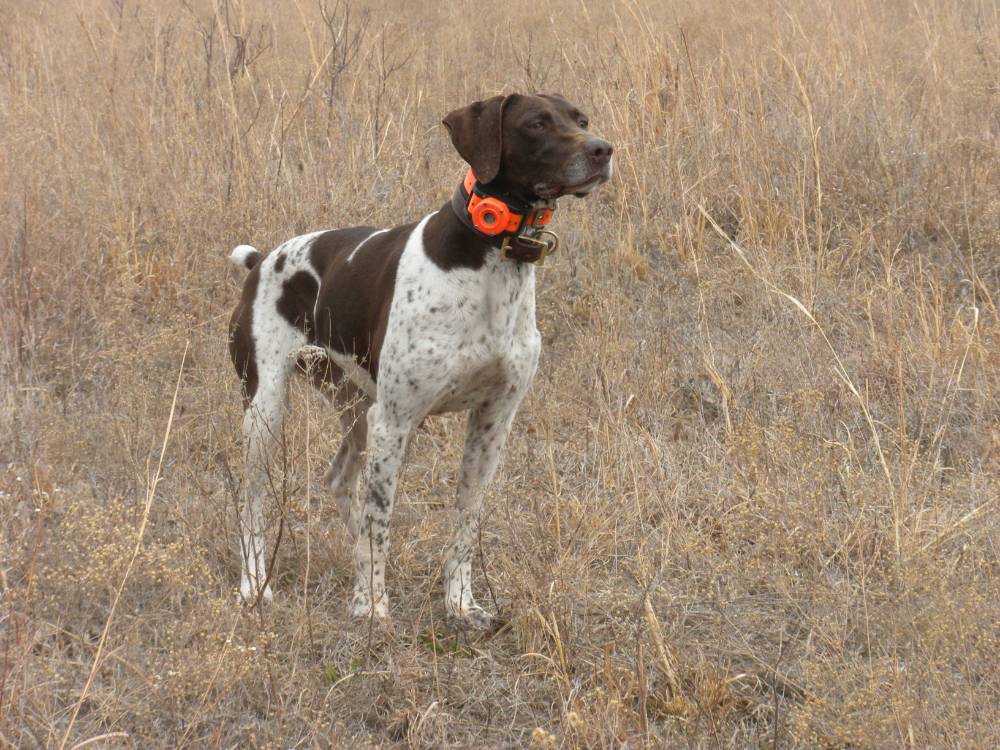 Two characteristics of wind currents were examined that influence how easily quail odors can be detected and tracked by predators: turbulence and updrafts. Wind turbulence disperses odor and carries it along swirling paths, making it harder for predators to detect and track. Wind updrafts carry odors above the noses of predators making it undetectable. These wind characteristics were measured at bobwhite nests and across a range of vegetation types, including woodland, shrubland and prairie.

The sole job of a Northern bobwhite is to stay alive long enough to produce more quail. This is not an easy task for a bobwhite that is continuously sought after by predators from the ground and sky. In fact, annual bobwhite survival rates can be as low as 5 percent and average about 25 percent. Thus, staying alive requires well-developed strategies to hide from predators, and perhaps some luck too. Bobwhite are known to use grasses, forbs and shrubs to conceal themselves from aerial and ground-based predators. For example, plum thickets provide overhead cover from aerial predators, and dense bunches of little bluestem grass conceal nests from the vision of predators like raccoons and coyotes. Many quail biologists and bird hunters are not convinced that visual cover alone is sufficient to conceal bobwhite from the noses of predators, including bird dogs. This begs an interesting question that biologists and hunters have pondered for years: can quail conceal their odor from predators that use smell to hunt, and if so, how might they accomplish this? This was a topic of research conducted on the McFarlin-Ingersoll ranch in Inola, Oklahoma.

Based on these concepts, researchers worked on the McFarlin-Ingersoll ranch to determine:

To answer these questions, researchers used baited traps to capture bobwhite and attached radio-collars to them, so the quail could be tracked to their nests. To find additional nests for other bird species that use similar nesting cover, Eastern meadowlark and grasshopper sparrow nests were sought. Researchers monitored nests to determine which ones were successful in fledging young and which ones were found and destroyed by predators. In addition to monitoring active bird nests, artificial nests containing scented quail eggs were created and monitored. This artificial nest experiment allowed the examination of nest predation across a wide range of vegetation types that were not all necessarily occupied by actual nests.

After nests were either successful or found and eaten by predators, a device called a sonic anemometer was used to measure levels of turbulence and updrafts at both natural and artificial nest locations in grasslands, shrublands and forests. In addition to measuring wind currents, visual cover characteristics were measured at nest sites for direct comparison of visual- and scent-concealment at the same location.

Figure 2. (A) Sonic anemometer used to measure wind currents, (B) speckled kingsnake (a predator that hunts primarily using scent) in a Northern bobwhite nest eating an egg and (C) an intact Northern bobwhite nest. All photos are from OSU research conducted on the McFarlin-Ingersoll ranch in Inola.

Did birds choose nest locations with visual- or scent-based cover?

Birds chose nest locations with high levels of overhead visual cover. It is suspected that overhead cover was used to hide nests from aerial predators, and perhaps more importantly, to keep their nests shaded and cool during hot summer days. Birds did not select nest locations based on scent-based cover. In other words, turbulence and updraft characteristics at nests were the same as across the rest of the landscape.

How did visual- and scent-based cover influence predator detection of nests?

No evidence was found that vegetation characteristics, either those related to visual or olfactory concealment, influenced whether predators found and destroyed nests. In fact, weather conditions, precipitation and humidity specifically, were the only factors that influenced predator detection of nests. Bobwhite, Eastern meadowlark and grasshopper sparrow nests were less likely to be predated on days when it rained or when it was humid. This finding was unexpected because, as most bird hunters are aware, increased moisture from rainfall or high humidity usually makes odors easier for predators to detect. However, findings from other similar studies show mixed results —either an increase or decrease in nest survival on rainy days. It is suspected that the influence of precipitation and humidity on nest survival may depend on the type of predators and the prey they search for on rainy days. For example, on rainy days, predators may shift their hunting strategy to focus on species that are more active and therefore easier to find than quail during high-moisture conditions.

How did visual- and scent-based cover influence predator detection of artificial nests?

In shrublands, there was a 50 percent chance that artificial nests would be found and destroyed, but visual and scent-based cover did not influence this probability. In forests, more visual cover from aerial- and ground-based predators decreased the chances of a nest being found and destroyed, but scent-based variables had no influence on nest success.

How do odor-concealing wind currents differ between grasslands, shrublands and forests?

Updrafts were most common in shrublands and wind turbulence was also high, indicating that shrublands provide quail with exceptional odor concealment that may make downwind detection of quail more difficult for predators. Previous research has repeatedly shown that quail strongly select for shrublands throughout the year. 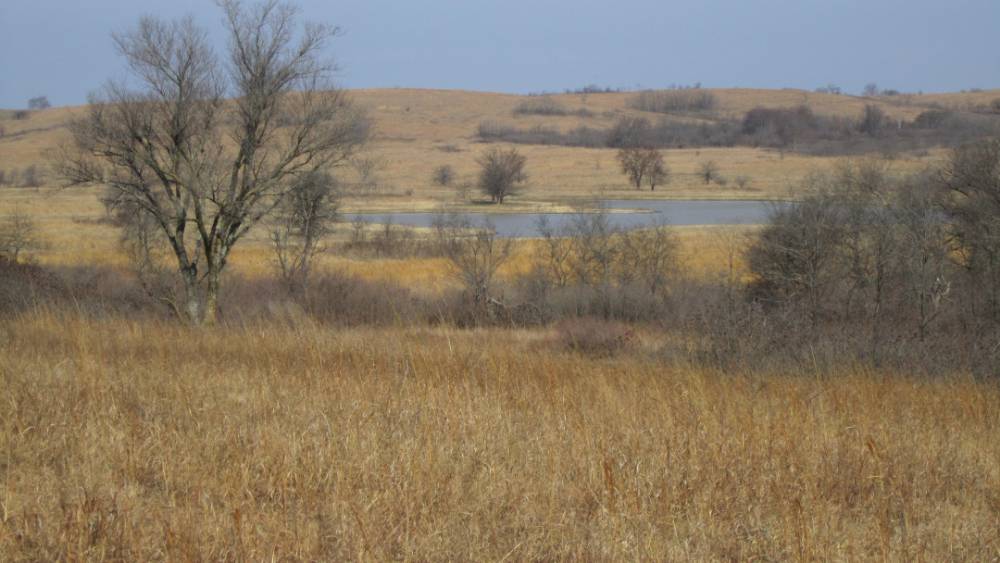 Figure 3. A mosaic of vegetation in eastern Oklahoma that is a good example of bobwhite habitat. Research from this study indicates that open grasslands are ideal environments for scent tracking predators, but tall grass cover and shrub patches can help conceal prey from predators.

In dense forests, wind speeds were extremely low and researchers observed that wind direction frequently and erratically changed direction during very short time periods. This suggests that air-borne odors may be exceptionally difficult for predators to track in forests because the prey may not always be found predictably upwind of the odor. However, dense forests do not provide the necessary grass, shrub and forb cover that quail need in the understory. So, even if odor detection is difficult, dense forest is not quail habitat.

Bobwhite odors may be the easiest to detect and track in grasslands where airflow tends to be straighter and more consistent. On windy days, high winds reduce wind turbulence and updrafts near ground level by reducing the variation of airflow

conditions across the landscape. Under these conditions, quail odors should be carried along straight paths close to ground level. If quail odors are the easiest to detect and track in grasslands as researchers suspect, then concealment of scent is likely important to quail in grasslands. Related to this, it was found that scent-based cover can be provided by tall and dense grass cover or by scattered patches of dense shrubby cover within grassland areas. 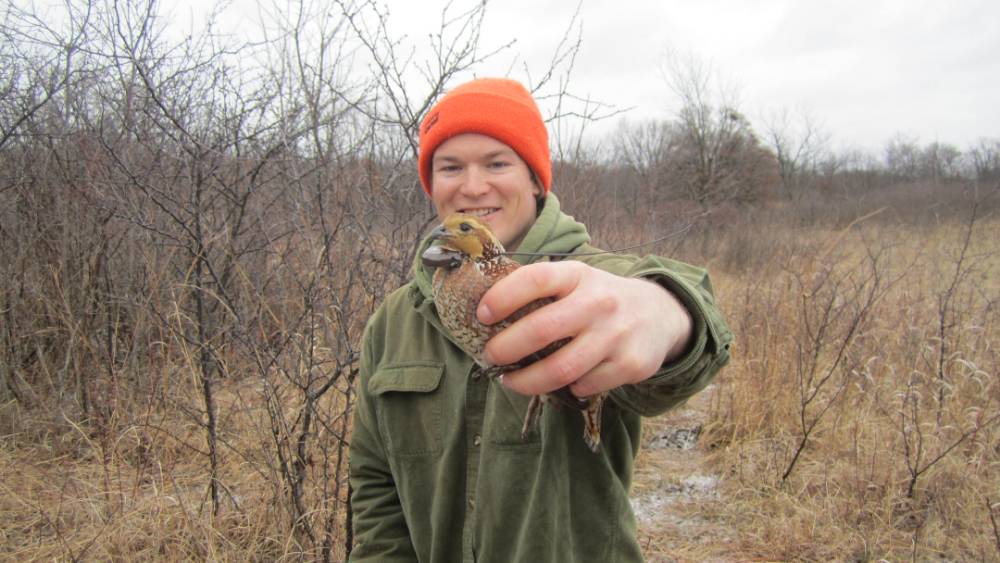 Figure 4. Oklahoma State University graduate student researcher Dillon Fogarty with a collared Northern bobwhite on the McFarlin-Ingersoll Ranch, Inola. Dillon completed his master’s degree in 2016 at Oklahoma State University in the Department of Natural Resource Ecology and Management and is now working on his PhD at the University of Nebraska, where he studies the impacts and management of Eastern redcedar expansion in the Great Plains.

For more information on this research see:

The authors would like to thank Win and Kay Ingersoll for funding this research, allowing access to their property and their support. We also thank the Bollenbach Endowment and Oklahoma Agricultural Experiment Station for additional support. Finally, we thank all of the hard-working technicians for their assistance with this project.

The process, as well as objectives and qualifications for species to be part of the Endangered Species Act.

Discussion regarding the rainfall index vs. actual rainfall, the accuracy of county base values for hay in Oklahoma and optimal choices for producers.