The highly pathogenic avian influenza (HPAI) outbreak has become the largest animal health emergency in U.S. history. As of March, 2017, the United States Department of Agriculture (USDA) reports 235 detections (214 commercial facilities and 21 backyard flocks) affecting approximately 50 million birds in 23 states. Impacted farms have remained out of production for several months and trade restrictions have been imposed, resulting in economic hardships to both growers and the poultry industry. To date, more than $950 million federal dollars have been spent on disease control efforts and indemnities. The last confirmed case of HPAI occurred in March 2017, and there is concern of future outbreaks due to the continued migration of waterfowl, which serve as a reservoir for avian influenza viruses.

Infected birds have either died from the disease or been euthanized to control disease spread. Proper carcass management is vital for both controlling disease and managing nutrients. Improper disposal may cause odor nuisance and spread disease, and the resulting leachate (carcass fluids) could negatively impact water sources. The avian influenza virus may still be present within the carcass, litter, feed or eggs and could be spread by insects, rodents, predators and subsurface or aboveground water movement, as well as through direct contact with other birds, leading to increased disease transmission risks. For these reasons, proper mortality management practices must be implemented immediately following a disease outbreak. Strict biosecurity measures must be followed to prevent disease transmission from human activity.

Mortality management options that were used during recent avian influenza outbreaks include:

The most commonly implemented option was mass mortality composting, which will be discussed later.

Burial is a disposal method in many states that may be conducted on-site and quickly, if acceptable land mass is available. A site assessment is required to ensure local environmental guidelines are followed. Common considerations include location, soil type, depth to groundwater and distance to waterways. Sandy soils, karst topography or areas with a high water table pose a risk of contaminating groundwater supplies. Researchers have demonstrated the potential transport of carcass leachate components, such as nutrients and bacteria, from burial pits to groundwater. Avian influenza has been reported to survive for weeks in water, depending on variables such as temperature, salinity and pH, and has survived more than one year in manure-amended soil. Furthermore, portions of buried carcass can persist for years in an anaerobic environment. During construction projects on former poultry farms, old burial pits have been discovered that contain intact birds. For these reasons, burial should be given careful consideration when implementing this method of carcass disposal. 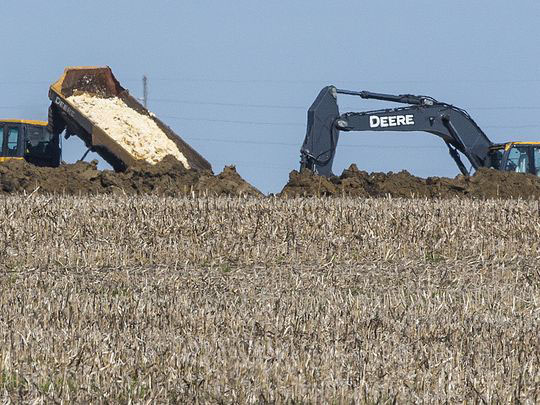 Proper incineration requires a closed air unit, can be conducted on-site and is a pathogen inactivation procedure. An air quality permit may be required. Check with state officials. Several incinerators are required during a large animal disease outbreak. Fuel costs and carcass throughput are important factors to consider, especially when managing large amounts of carcass material. For large poultry operations, incineration may be adopted in combination with other mass mortality management practices. 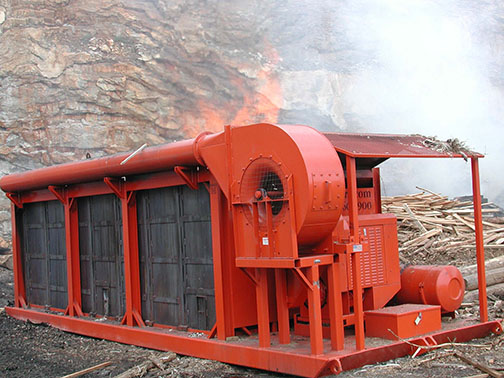 If locally available,  poultry mortalities may be disposed of at a licensed landfill that accepts animal carcasses. Permitted landfills are an important option during a poultry disease outbreak. These landfills must have necessary environmental controls in place to manage carcasses. Landfilling is considered a form of burial; however, permitted landfills are designed to contain leachate and allow for gas management, which protects the environment, unlike unlined burial. Landfilling can be convenient and fast for mass mortality disposal once approved by the appropriate regulatory agency and the landfill managers. Considerations include tipping fees, additional handling of mortalities and transportation of infected carcasses. Strict biosecurity measures must be followed during transportation and disposal. Proper packaging of carcasses in sealed roll-off containers is required, along with proper cleaning and disinfection procedures to minimize biosecurity risks. 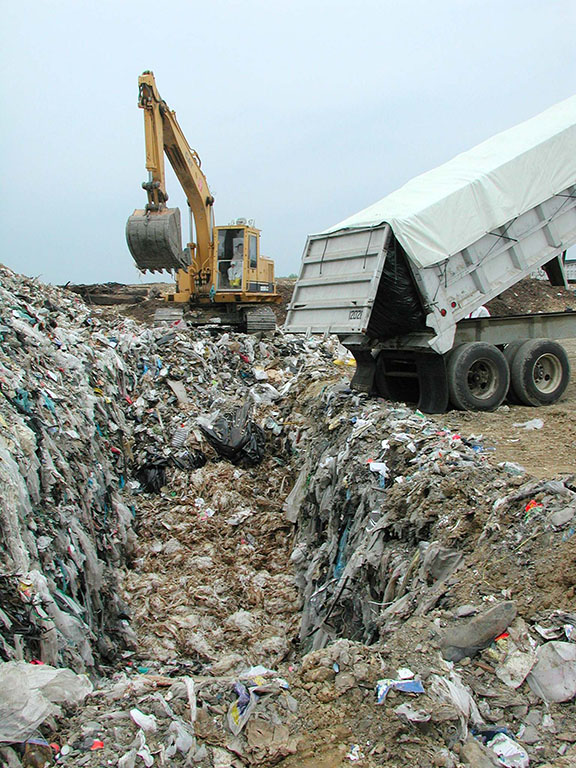 Mass mortality composting was implemented on the majority of infected poultry operations during the recent avian influenza outbreaks. The purpose of mass mortality composting is to use biological heating processes to naturally degrade poultry carcasses, inactivate the avian influenza virus, control odors and reduce fly exposure in a safe, biosecure and environmentally sustainable manner.

By definition, composting is a controlled biological decomposition process that converts organic matter into a stable, humus-like product. Composting poultry carcasses is characterized by microbial breakdown of a centralized nitrogen source, the carcasses, which are surrounded by carbon material. The carbon provides energy for microorganisms, while the carcass tissues and fluids supply nitrogen for microbial protein synthesis. Typically, a base layer (10 to 15 inches thick; 12 to 15 feet wide) of sufficiently porous and absorbent carbon material is constructed on the ground. Carcasses, manure and other infected organic material (eggs, feed, etc.) are then placed onto the base layer. The mixture is then capped with 8 to 12 inches of carbon material. The process begins with an initial breakdown of carcass soft tissue by naturally present microorganisms that produce heat, carbon dioxide, ammonia and volatile organic compounds as byproducts. Following soft tissue decomposition, thorough mixing of the carbon material, carcasses and manure promotes a more ideal blend of carbon and nitrogen for optimum composting. Appropriately chosen carbon material traps leachate and odors produced during the process, therefore acting as a biofilter between the carcass and the environment. The continuous high temperatures (more than 131 F) achieved through proper composting will destroy most pathogens including the avian influenza virus. Microorganisms will eventually degrade the carcass, leaving only a few remaining bones. Compost that has met both design and temperature criteria may be approved for release by the appropriate official. This valuable by-product is often land applied as a fertilizer source, recycling nutrients and organic matter to the soil.

Composting mass poultry mortalities is a procedure that can be implemented on most commercial poultry farms. This method requires guidance from a trained composting expert, proper equipment, experienced operators and sufficient carbon, water and open space. During a disease outbreak, indoor composting is preferred to outdoor composting. When possible, composting inside the poultry house minimizes biosecurity risks and access by scavenging animals. Since carcasses are contained on-farm, composting can be more biosecure compared to methods that transport carcasses off-farm. The USDA avian influenza mortality composting protocol requires a 28-day composting process. Hence, in-house poultry mortality composting may delay poultry house cleaning and disinfection efforts, resulting in extended down times, compared to other disposal methods. Finally, proper composting can degrade poultry carcasses into a useful soil amendment and fertilizer. 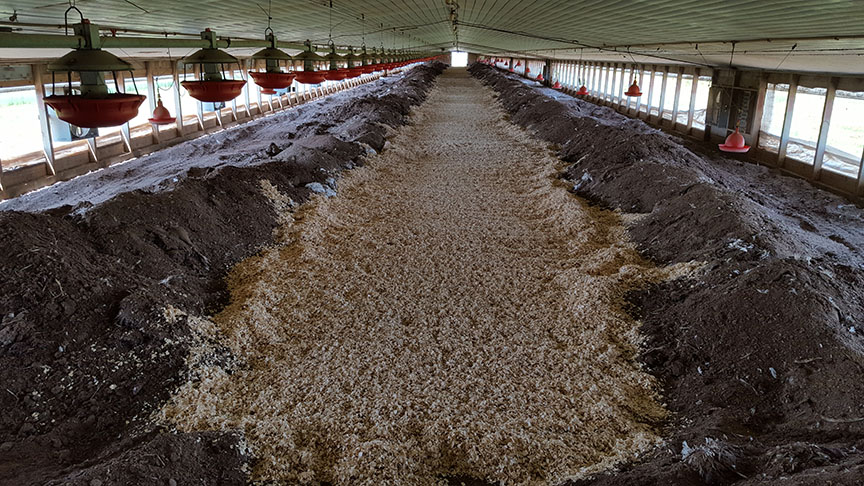 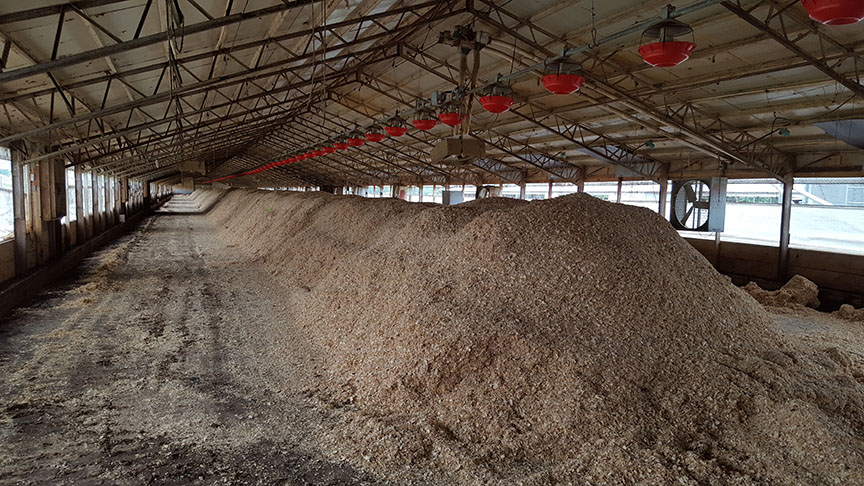 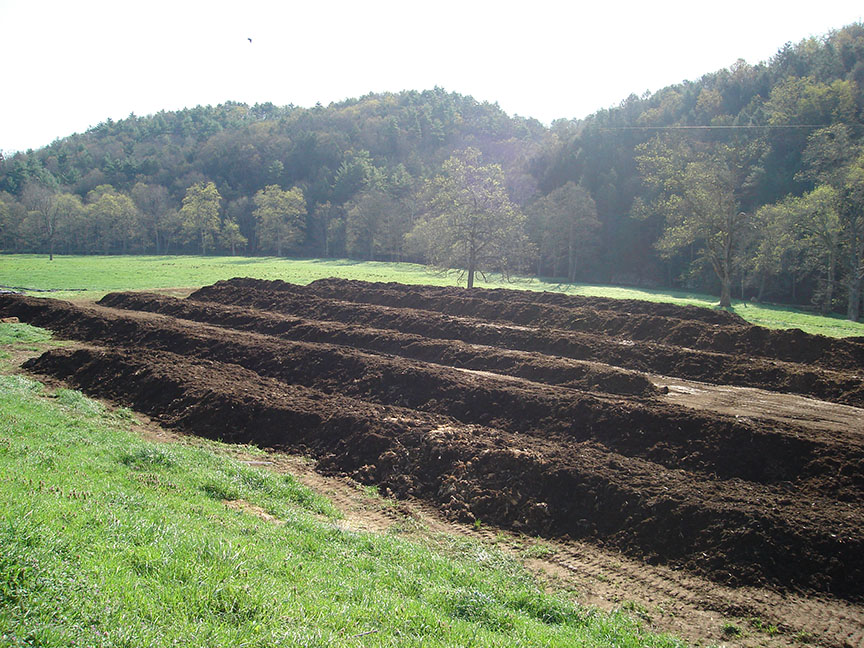 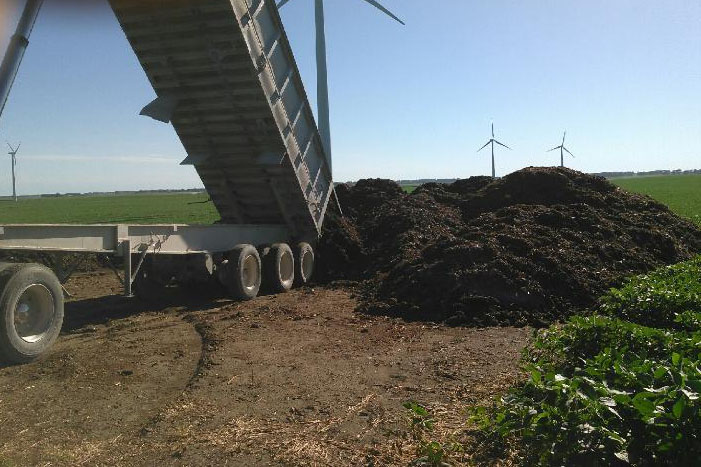 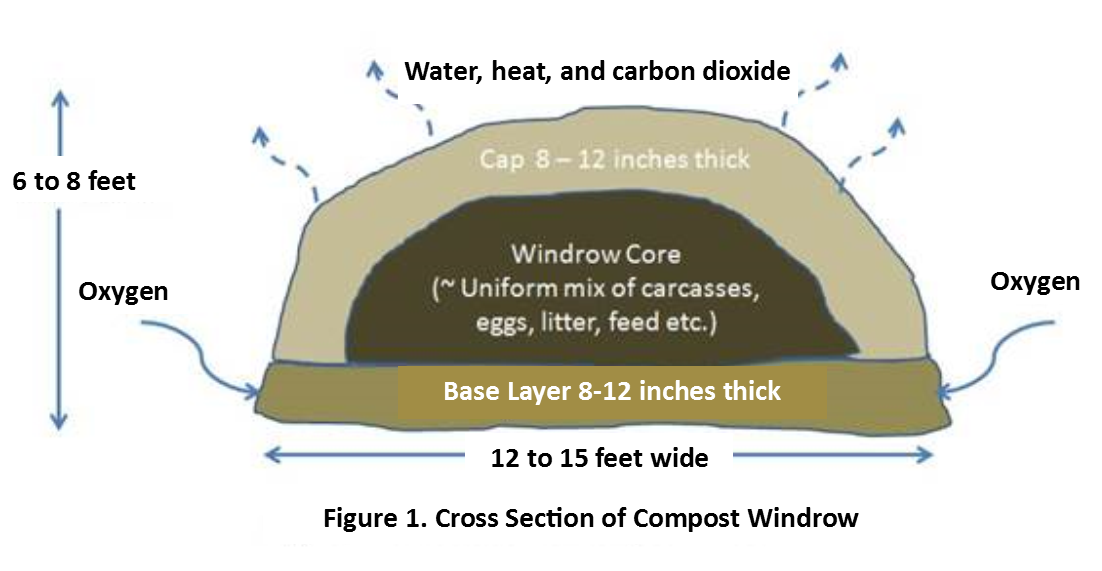 Each mortality management practice has pros and cons and should be carefully considered, based on the situation at hand. Site assessment, biosecurity, severity of outbreak and available resources are key elements that influence the decision-making process when selecting the most appropriate option. Regardless of the method chosen, all poultry farming operations should have a detailed catastrophic mortality management plan in place should a disease outbreak occur. The plan should be developed with assistance from the respective poultry company and state regulatory agency. In Oklahoma, the Oklahoma Department of Agriculture, Food and Forestry, Agricultural Environmental Management Services Division should be contacted at (405) 522-4659. Finally, time is critical when responding to any disease outbreak. To reduce odor and exposure to flies and scavengers, a mortality management practice should be implemented immediately and completed rapidly, yet efficiently.