Wood has been used as raw material to manufacture different types of windows for centuries. For example, wood sliding windows had existed in Europe since the 18th century. Traditional sliding windows having a special charm and are used in many historical buildings and authentic homes.

Although there are different materials such as vinyl, metal and wood plastic composites to manufacture traditional windows, wood is still the prime product due to its appearance, hedonic aspects and superior insulation properties than other materials.

Laminated lumber is an engineered wood product produced from defect free thin lumber assembled and glued together. It is also widely used as raw material to manufacture traditional windows. Since all defects are eliminated for individual pieces, laminated lumber is stronger and more uniform as compared to that of a single piece of any wood species. Grain orientation and laminate thickness were found to be main factors influencing overall bending properties of the laminated window profiles made from Southern pine and red pine as function of resin type, cross section configuration in a previous work. One of the disadvantages of using solid wood in traditional window manufacturing is having certain maintenance requirements such as painting to keep them in good condition during their service life.

In Oklahoma, there are not many small capacity custom made window manufacturers; however, Wewoka Window Works, located in Wewoka, Okla., is one of them. They produce various types of traditional windows using wood as raw material. Figures 1, 2 and 3 illustrate some of the windows produced by the company. 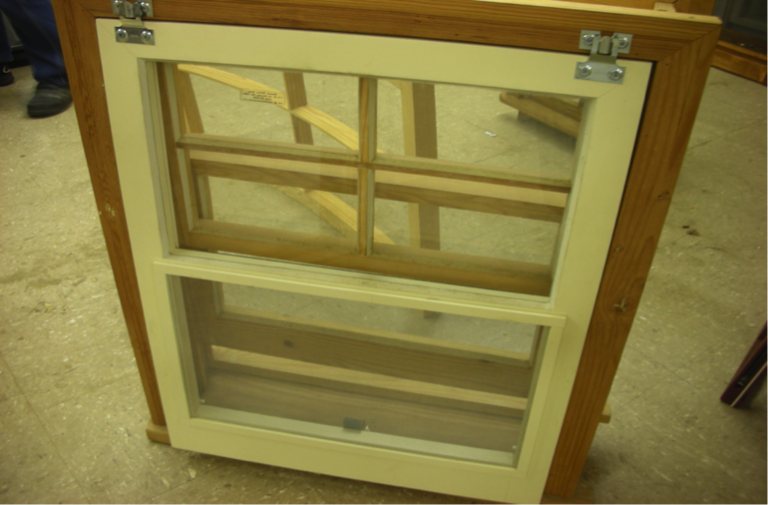 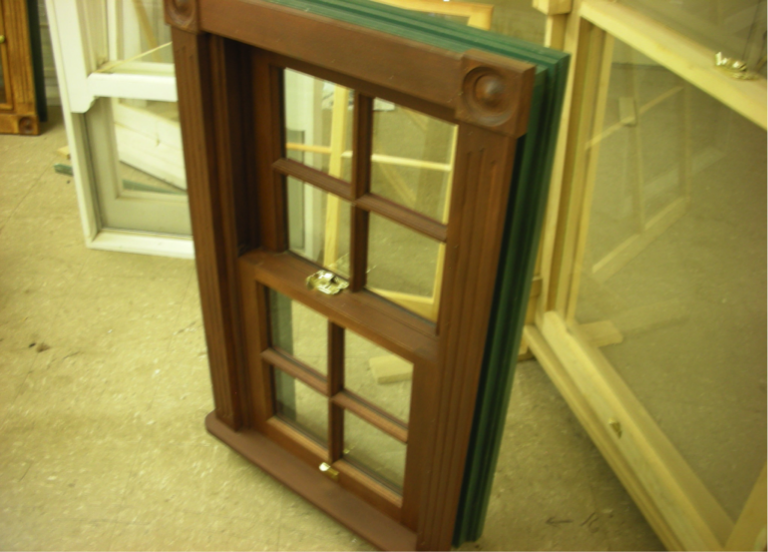 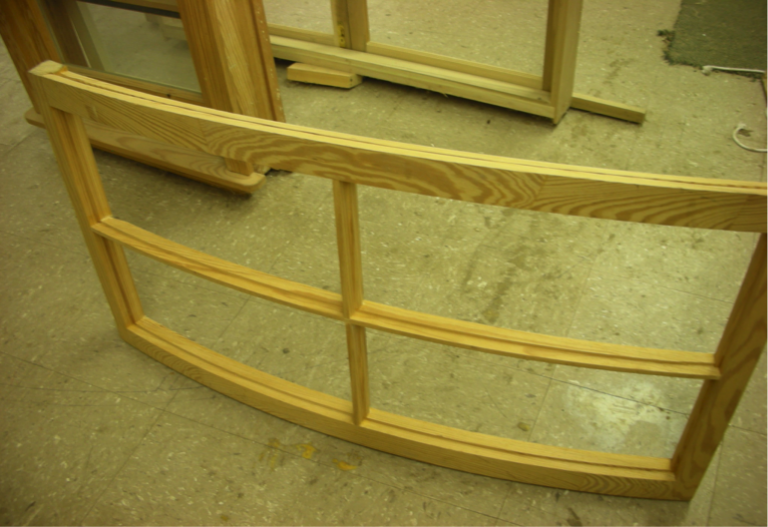 Wewoka Window Works has four employees in their production line including a small woodshop and finishing line. Southern yellow pine, yellow poplar, oak and lipus, a tropical species, are main raw materials used to produce traditional windows based on custom order in this company. Majority of the final products are used for renovation of historical houses and buildings not only in Oklahoma but also Eastern coast states including New Jersey, New Hampshire and Connecticut.

In the past, the company’s finishing line had some problems in terms of not having uniform adherence between finish and the substrate.

Surface characteristics of solid wood products including window frames is one of the most important properties influencing further processes such as finishing. Surface irregularities on solid wood are not recognized as much as for other engineered surfaced materials. Although surface roughness of wood can readily be determined in technical terms, given a representative or numerical reading of the surface topography no accepted standard methods has been established for this purpose.

However, stylus type has been employed with a great success in numerous experimental and pilot studies. Its working principles and description of surface roughness parameters including average roughness (Ra) mean peak to valley height (Rz) and maximum roughness (Rmax) are discussed in detail in literature.

In the case of determining the main reason of above production problem of Wewoka Window Works, random samples of various species were collected to evaluate their surface roughness by using stylus type equipment. Figure 4 illustrates typical roughness profiles taken from the surface of three species.

Average roughness (Ra) of yellow polar samples resulted in 5.5 µm followed by yellow pine and Southern pine with the corresponding values of 8.5 µm and 8.7 µm, respectively as displayed in Table 1. Higher values of Ra parameter is related to rougher surface.

Table 1. Average roughness measurements and hardness values of the samples

In addition to surface quality of the samples, their hardness characteristics also were tested using the Janka test. A 11.82 mm diameter Janka ball was embedded to one half its diameter on the samples using a continuous cross-head speed of 6 mm/min on Comten testing system. Load was recorded in pounds to measure hardness of the sample. Southern pine samples had the lowest hardness average value of 665 pounds and yellow poplar had 1,060 pounds for the corresponding value.

Based on the results of brief experimental work carried out, it is suggested that species with smooth and hard surface are applied finishing using a lower pressure. On the other hand, higher finishing pressure is used for samples with rather rough but soft surface to have a better and uniform coating of the substrate. Raw materials were finished with above approach and adherence between coating and substrate was substantially enhanced.