Fusarium head blight (FHB)-infected wheat heads will generally be white in color and frequently have a pink or salmon-colored fungus growing on the glumes. Depending on the time of infection, wheat heads might be partially or completely infected by the fungus. Grain from infected glumes will be shriveled, and often have a chalky appearance and may be covered with a pinkish residue.

FHB is caused by the fungus Fusarium, whose spores infect wheat heads and developing kernels, primarily during and after flowering. Infection of wheat heads occurs when inoculants are present and there are long periods (48 to 72 hours) of free moisture from heavy dew or rain, and temperatures ranging from 75 to 85 F.  Infections can also occur at lower temperatures, but longer periods of free moisture are required.  Infection at flowering can result in sterility but often the end result is white, chalky-appearing shriveled seed. This same fungus also can infect and kill seedling wheat in the fall and causes Fusarium root rot (dryland root rot).

Does FHB only affect wheat?

FHB affects small grains such as wheat, barley, oat, and rye, but the Fusarium that causes FHB also can cause stalk rot disease in corn and sorghum. Wheat planted into corn or sorghum residue infected with Fusarium is more likely to show FHB than wheat planted into other types of residue such as soybean.  In fact, a North Dakota State Fact Sheet “Dealing with Scabby Grain, Vomitoxin” (M. McMullen, et al., September, 1994), indicates that wheat following corn is five to ten times more likely to be infected by FHB than if wheat were the previous crop. Wheat following wheat is one to two times more likely to be infected by FHB than wheat following soybean. These, along with other data, clearly indicate that crop rotation can affect the likelihood of being infected with FHB.

How likely is FHB to occur in Oklahoma?

The likelihood of a wheat crop being infected with FHB depends on several factors; however the presence of inoculant and a favorable environment during wheat flowering are the two most important factors in Oklahoma. Infection is most likely in northeastern Oklahoma because the environmental conditions required for infection are more prevalent and corn is used more frequently in crop rotations than in central and western Oklahoma. North-central Oklahoma can have a favorable environment for FHB infection, but abundant free moisture from dews or rain and moderate temperatures during flowering are less frequent in this area than in eastern Oklahoma. Western and southwestern Oklahoma are generally too warm and dry during wheat flowering for significant, widespread infection of wheat by FHB. 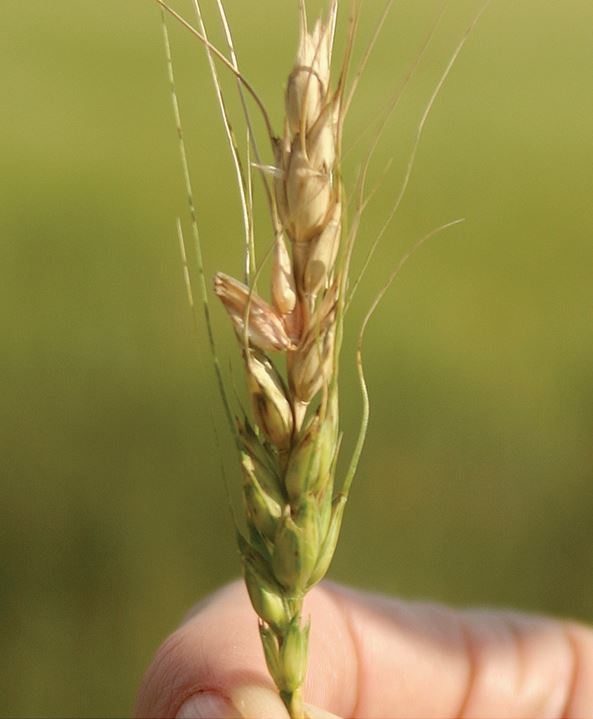 Figure 1. FHB does not always infect the entire wheat head and is characterized by bleached glumes with pink or salmon-colored residue.

Are there FHB-resistant wheat varieties?

There are some foliar fungicides in the triazole family that will suppress FHB, but none that offer complete control. It is also important to note that foliar fungicides must be applied at or just after the start of flowering to achieve maximum suppression of FHB. Proper timing and thorough coverage are essential to obtain favorable results. Fortunately, this same family of foliar fungicides provides good to excellent control of foliar diseases of wheat such as leaf rust, and FHB suppression is not the only benefit of a foliar fungicide application to wheat.  Trying to control both FHB and foliar disease with a single fungicide application can be tricky, however, because the time to apply a fungicide for effective foliar disease control is much earlier than the optimum time to apply a fungicide to suppress FHB.

What can I do to prevent FHB?

While nothing can provide complete protection from FHB, there are a few best management practices that can be implemented to decrease the incidence and severity of FHB. As mentioned previously, FHB is generally worst in wheat following corn. Rotating with a non-host crop such as soybean or sunflower will decrease the amount of fungus present during wheat flowering. If wheat must be sown following corn, incorporating as much of the corn residue into the soil as possible will also decrease the presence of inoculant.

Another best management practice is to stagger wheat planting dates and spread acreage among early, medium, and late-maturing wheat varieties. This practice will spread risk by spreading wheat flowering over a longer period of time and a wider set of environmental conditions.

Finally, if you are concerned about FHB and want to take protective measures, grow one of the varieties that exhibits intermediate to moderate resistance to FHB and plan to apply a fungicide (triazole) at the start of flowering (Feekes’ 10.5 to 10.5.1), as research has demonstrated that applying a timely fungicide application to a wheat variety with at least intermediate resistance offers the best (but not complete) protection to FHB. 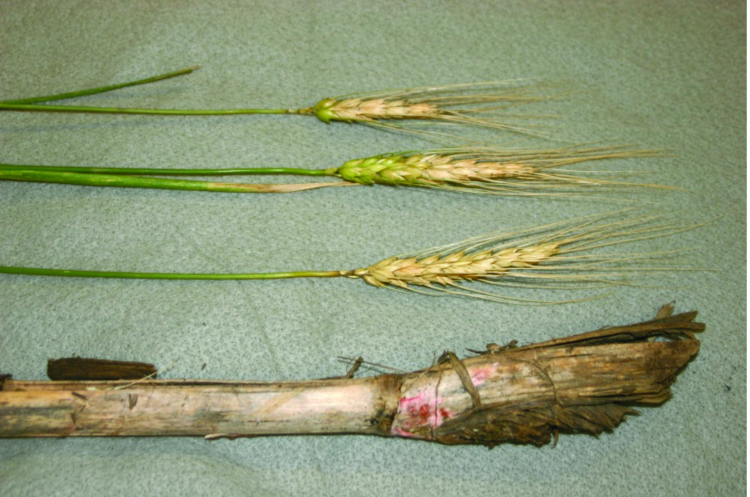 Can I save FHB-infected seed for planting?

Grain harvested from a field with a high incidence of FHB can be used as seed, but a number of precautions should be taken.  First, adjusting the combine at harvest to remove light-weight FHB-infected seed is helpful.  In addition, seed should be thoroughly cleaned after harvest to remove any remaining shriveled or small seeds.  These two steps will remove lighter and shriveled FHB-infected seed, but not all FHB-infected seed will be removed because some infections occur later in grain development and the kernels are close to full weight. If you know or suspect that you are planting seed infected with Fusarium, be sure the seed is at least 56 lb/bu test weight and has >85 percent germination.

Will a seed treatment help?

FHB is not carried over in the seed and seed treatments will not prevent or reduce the severity of FHB. If saving seed from a FHB-infected field, seed treatments should still be considered as Fusarium can cause a number of seedling diseases. Several seed treatments are labeled to suppress or partially control early season Fusarium seed and seedling rots, but this partial control or suppression is indicated only at the highest rate of use listed on the label. 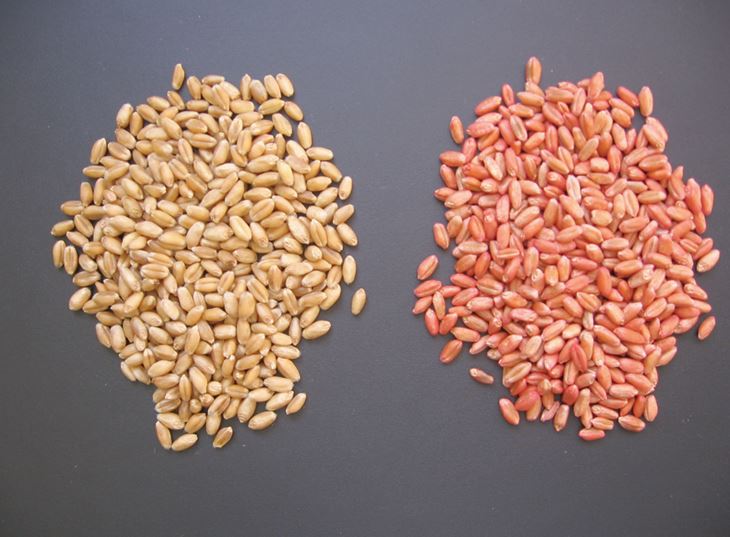 Figure 3. If saving seed from a FHB-infected field, seed treatments should be considered as Fusarium can cause a number of seedling diseases.

As with any pesticide, be sure to read the label thoroughly.

Can I feed FHB-infected grain to livestock?

The major problem associated with feeding or consuming FHB-infected grain is the production of compounds called mycotoxins. DON (deoxynivalenol – also called ‘vomitoxin’) is the most common of these compounds.  Presence of Fusarium in wheat grain does not automatically mean that DON is present in wheat, so wheat infected with Fusarium frequently is tested for the presence and level of DON.  DON is toxic to animals, with advisory levels set by the Food and Drug Administration shown in the following table.

The Oklahoma Animal Disease Diagnostic Laboratory (OADDL) at Oklahoma State University does not directly test grain for the presence of DON because there has not been a need for this test in Oklahoma in the past.  However, OADDL will accept samples for such testing and send them to qualified labs that they know of in other states.  If there is a need for such testing, OADDL can be contacted at 405-744-6623 for further information.

Where can I find more information on FHB?