Even though cattle live the majority of their lives on pasture, the type of finishing system still impacts the carbon footprint of beef. The carbon footprint for beef is all the greenhouse gas emissions produced during the production of beef divided by the total amount of beef produced by the system. Beef production consists of three main phases: cow-calf, stocker/backgrounding and finishing (Figure 1). The first phase of the animals’ life is spent nursing and grazing on pasture along with its mother. After calves are weaned, they typically spend additional time grazing the crop residue that remains after harvesting grain or grazing forage pastures and grasslands. During this time, known as the stocker or backgrounding phase, they gain additional weight as they prepare to enter the finishing phase. The finishing phase is the final stage before the cattle are sent for harvest. Cattle entering the finishing phase are typically 12 to 16 months old, and remain in this phase until they have achieved a level of fatness, or finish, that will provide a positive eating experience for consumers. The main difference in carbon footprints between grass- and grain-finished beef occurs as a result of the time spent in the finishing phase, the type of feed consumed and the body weight of the cattle at the end of the finishing phase. 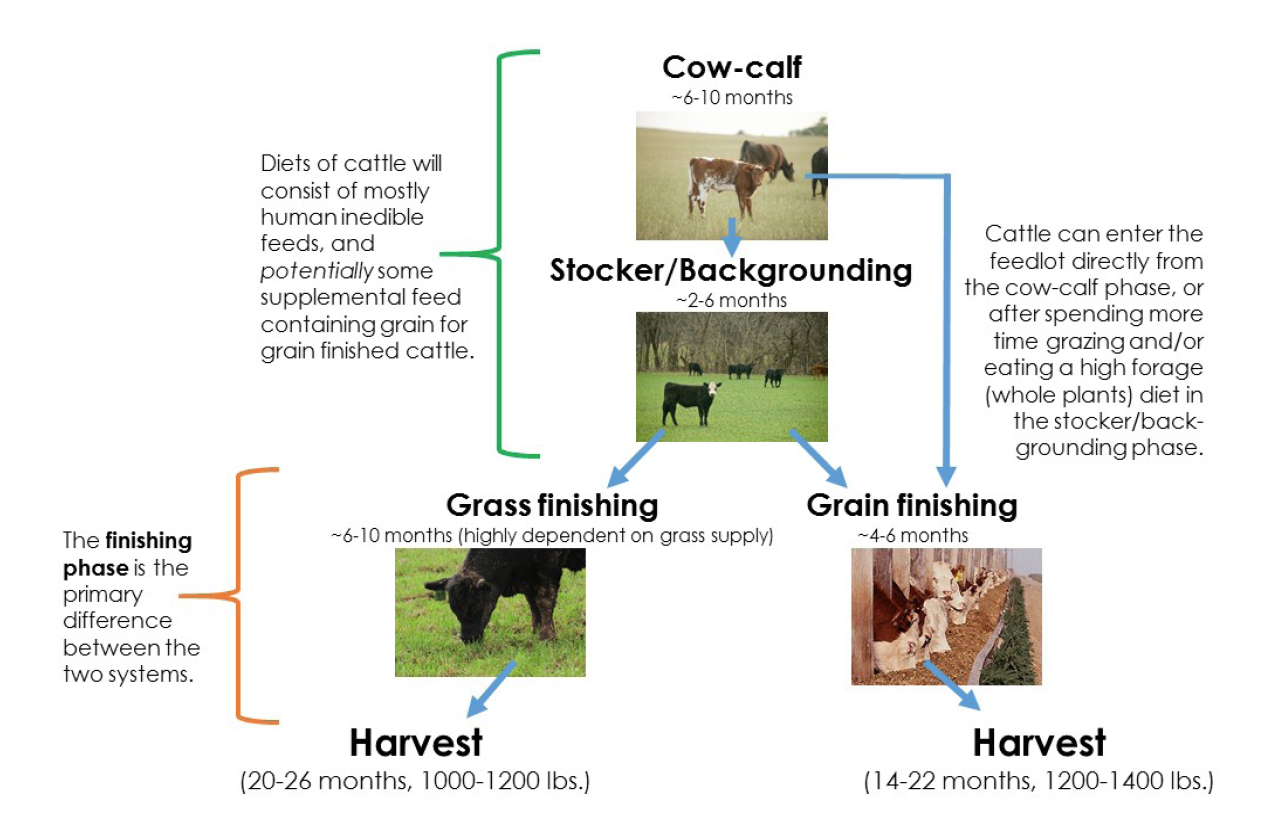 Figure 1. Beef cattle life cycle for grass-finished and grain-finished beef in the U.S.

Cattle entering the feedlot for finishing eat a diet containing corn along with byproducts (such as distillers grains leftover after ethanol production and corn gluten feed after corn fructose production), vitamins and minerals, and small quantities of forage or roughage (such as hay). Grain-finished cattle remain in the feedlot for approximately four to six months and are sent for harvesting at 14 to 22 months of age. Grain-finished cattle reach market weight faster than grass-finished1,2 cattle because the diet received is higher in energy, which results in rapid and efficient weight gain. In contrast, grass-finished cattle gain at a slower rate due to the forage-based diet they eat and typically go to harvest at 20 to 26 months of age and at a lower weight than grain-finished animals. Grass-finished cattle may finish either faster or slower than this age range, depending on the forage and grass resources available to the beef producer (e.g., the growing season is shorter in northern states, which may shorten the finishing period and lead to lighter weights at harvest). The difference in harvest weights translates into different numbers of U.S. citizens that could be fed per animal (Table 1). Utilizing forage as the primary source of feed also contributes to an increased carbon footprint for grass-finished beef2, because high forage diets (e.g., grass) produce more methane emissions (a greenhouse gas 28 times more potent at trapping heat in the earth’s atmosphere as compared to carbon dioxide3) from the animal’s digestive tract than higher-energy, grain-based diets. The combination of consuming a higher-energy, lower-forage diet, shorter time spent on feed during finishing and heavier carcass weights translate into an 18.5 to 67.5 percent lower carbon footprint for grain-finished beef as compared to grass-finished beef1,2.

Table 1. U.S. citizens fed for one year per animal for grain-finished and grass-finished beef citizens.

∗Assuming 80.1 pounds of carcass weight availability per capita in 2013.

Even though grass-finished beef has a higher carbon footprint, it does have some sustainability advantages. Grass-finished animals utilize human inedible foodstuffs as the primary source of energy and nutrients for their entire lifetimes. Beef cattle can utilize forage grown on land not suitable for crop production, and thus produce human edible food from a resource not otherwise able to produce food. Additionally, grasslands and pastures can sequester carbon dioxide from the atmosphere, which can help to mitigate global climate change. Research has shown there is an advantage for grass-finished beef production over grain-finished beef production when expressing feed conversion as human edible energy returned per unit of human edible energy consumed by the cattle2,6. Accounting for carbon sequestration of pasture grass-finished beef could lower the carbon footprint of grass-finished beef by 42 percent2. In contrast, approximately 18 percent of feed intake per unit of carcass weight will occur in the feedlot for grain-finished cattle5. Traditionally, the feed consumed by cattle in feedlots was primarily corn. In many modern feedlots, cattle now consume diets high in byproducts feeds, such as corn gluten feed and distillers grains. These byproduct feeds are human inedible residues from human food and fuel production. Ultimately, there are tradeoffs between the two beef production systems; however, beef producers using either system can sustainably meet consumer demand for beef.

Learn about facility and calf selection, feeding options and slaughter considerations for finishing calves on the farm.