The Basics of Vermicomposting

The scientific name for the most commonly used composting worm is Eisenia fetida. In everyday language, worms belonging to the species Eisenia fetida are called red wigglers. Be careful, though—many other worm species are called red wigglers, and some of these, such as Lumbricus rubellus and Asian species in the Amynthas genus, are damaging invasive pests. A more accurate name for Eisenia fetida is tiger worm or red tiger worm. The name comes from the distinctive dark and light colored banding that is unique to Eisenia fetida. For a more in depth look at the life and habits of composting worms, see OSU Factsheet, BAE-1529, “The Biology and Ecology of Composting Worms (Eisenia fetida).” To identify tiger worms, and learn more about invasive worm species visit: http://www.nrri.umn.edu/worms/identification/index.html

Figure 1. The difference between microbial composting and vermicomposting.

No matter how large or small, vermicomposting piles are contained in three basic types of systems: bins, beds and windrows.

Worm Bins are completely above ground, and they come in all shapes and sizes (Figures 2 and 3). Small bins are relatively portable (Figure 4). Being above ground makes it easy to remove worms and vermicompost from bins. The downside of bins is they can change temperature rapidly. You may need to insulate, cool or heat bins to keep the worms happy year round.

Worm beds are long troughs dug or placed into the soil (Figure 5). Because soil temperature stays fairly constant, beds solve the problem of worms getting too hot or too cold. Beds put worms in their natural habitat – the earth. The problem with worm beds is digging is required to remove worms or compost.

Worm Windrows are a compromise. Windrows are long mounds sitting on top of the ground (Figure 6). Being fairly large, windrows resist sudden changes in temperature. And because they are above ground, windrows allow easy access for worm and compost removal.

The main disadvantage of windrows is their size. You are not likely to set a worm windrow up in your kitchen. If you want to get into worm farming in a big way though, a windrow may be the system for you. 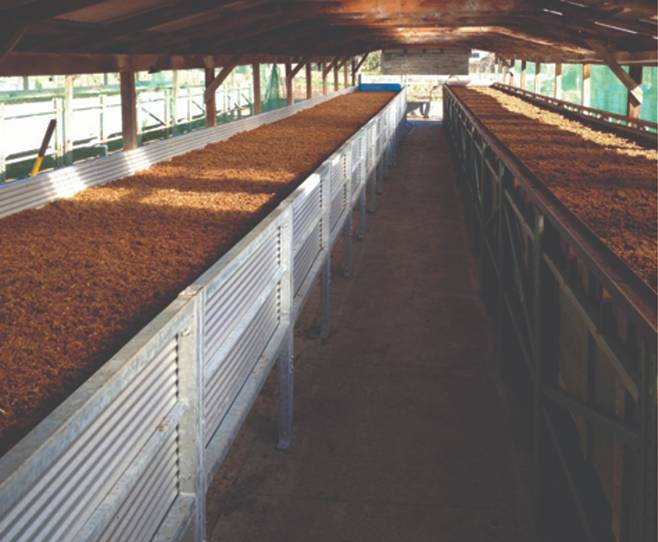 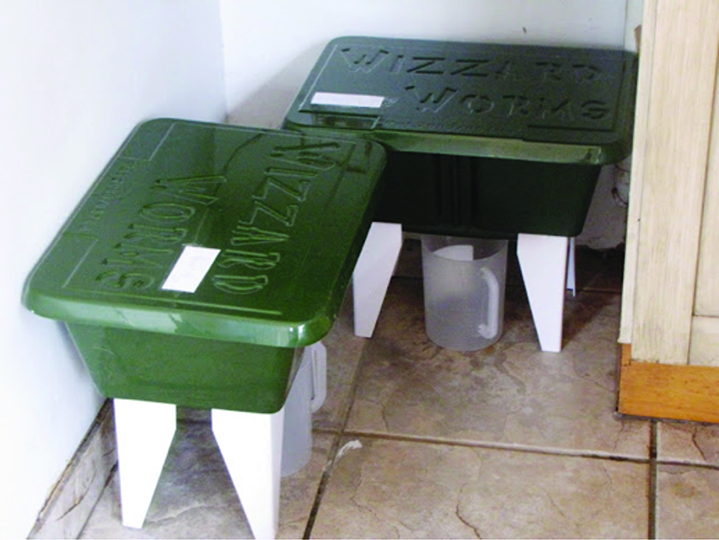 Figure 4. Vermicomposting bins for use in the home (from www.naturalsuburbia.com). 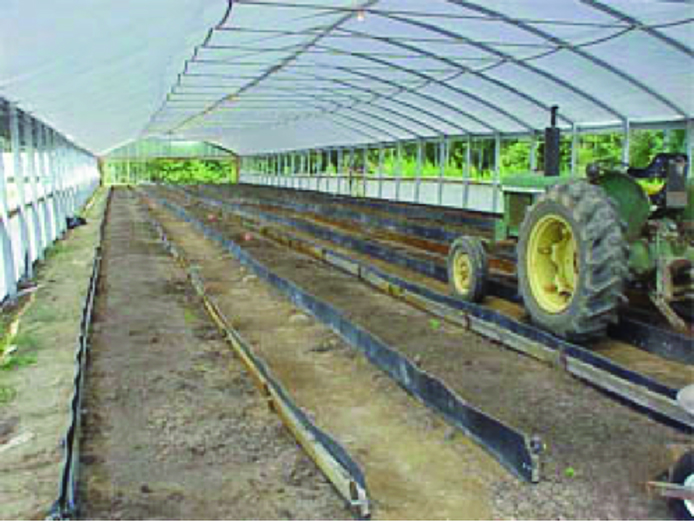 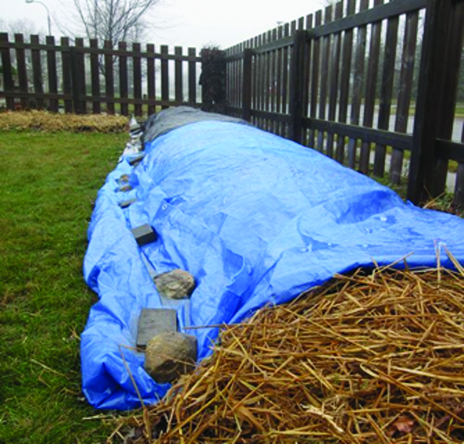 Figure 6. Preparing a vermicomposting windrow for winter (from www.redwormcomposting.com).

Primary vermicomposting is feeding raw materials directly to the worms.  The stocking density (number of worms per surface area) of a primary system is high, because all of the nutrients contained in organic matter go towards raising worms.  On the down side, worms must be fed frequently and in small doses. Microorganisms will invade thick layers of raw organic matter before the worms can get to it and cause the layer to heat. This phenomenon is called autoheating.

Figure 7. Inputs and products of vermicomposting.

The most obvious product of vermiculture is worms. Red wigglers are prolific growers and multipliers. Fed under optimum conditions, a group of composting worms doubles its mass every 60 days. Another way of looking at this is that 10 percent of the worm biomass can be withdrawn from a bin every week and it will never run out of worms to sell.

Vermicompost is the stabilized solid material left after worms have eaten all the organic matter in a compost pile. Vermicompost is often called castings. Castings are worm feces, but it is really a misnomer. Burrowing worms such as Nightcrawlers bring soil and feces to the top of their burrows and “cast” them out as a protective barrier around the worm hole. Burrowing worms turn soil by bringing castings up to the surface. Composting worms do not have burrows, and they turn soil in exactly the opposite way. Red wigglers eat organic matter at the soil surface and defecate approximately 6 inches below the surface. It is almost impossible to pick out red wiggler feces in the midst of vermicompost. Nevertheless, many producers separate fine material from vermicompost and sell it as “castings.” The remaining coarse material is marketed as mulch.

Vermicompost tea is the liquid that drips out of a worm bin, bed or windrow. Tea is rich in nutrients. It is called tea because of its reddish brown color.

How you operate a vermicomposting bin depends on which of the three end products is most important.  If the main goal is to sell worms, it is best to keep the worms under controlled conditions, use primary vermicomposting, and feed a special “worm fattening” diet, such as the one given in Table 1. If the goal is to produce useful products from “waste,” then there are lots of options. The choice is to practice primary or secondary vermicomposting, and to use whichever style of container works best.

Because worms must be kept moist, and organic matter shrinks during vermicomposting, a little tea will drip out of every vermicomposting system. If the goal is to sell as much tea as possible, add more water than the minimum needed to maintain moisture. Of course, the more water you add, the weaker the tea.

If collecting tea is a bigger problem than it is worth, cut back on the water, adding just enough to keep the pile moist. Reducing water use may also increase the value of the vermicompost by concentrating nutrients with the solids. Be careful, though. Extra water may be needed to control the salts in some byproducts, such as urine soaked horse or cattle bedding.

Water is an absolute necessity for worm survival. The optimum moisture content for growth is 70 percent to 85 percent. This is a little wetter than microbial composting piles, which generally range from 50 percent to 60 percent moisture. Red wigglers can survive in completely saturated bins for short periods, but will escape when oxygen starts to run out.

Compost worms digest just about any type of organic matter, but they prefer higher amounts of carbon than is normal for microbial composting. Organic wastes such as manure, kitchen wastes, coffee grounds, and freshly cut grass contain lots of Nitrogen (N). You need to dilute these materials with byproducts containing high amounts of Carbon (C), such as straw, paper or fallen leaves. The ratio of carbon to nitrogen in worm food is called the Carbon to Nitrogen Ratio (C:N). Worms thrive when their food has C:N greater than 50. The main reason for this is microorganisms outcompete worms at lower C:N ratios. At best, microorganisms take food from the worms’ mouth. At worst, they cause the pile to heat, which kills the worms.

The measure of relative acidity or alkalinity of soil is pH. Low pH levels (<7) indicate acid conditions; high pH (>7) indicates alkaline. Composting worms grow and reproduce best at neutral pH (pH = 7). They will not survive in piles with pH lower than 5 or greater than 9. Worms tolerate slightly higher pH ranges than other less desirable visitors to the compost pile, such as flies. Lower pH also promotes the growth of fungus. Worms will escape an area of low pH, but return to devour the fungi once pH returns to near neutral.