When considering how to better manage ponds, it helps to learn from other pond owners and benefit from their experiences. This fact sheet profiles a pond owner whose story holds many lessons.

When Wade Warren bought his property in Noble County in 1998, both the land and the pond needed help. The pond was shallow and being taken over by cattails along the shoreline and submerged plants in the deeper areas. He saw potential in it, thanks to the lay of the land and a small spring feeding into it. The pond was only a few years old and the dam was too low. Most likely, the previous owner had used fill soil that was too wet and it had slumped during construction. The shorelines and large areas of the basin were too shallow, leading to overgrowth of aquatic vegetation, especially along the edges. “It was getting to the point that you couldn’t fish it due to the cattails.” 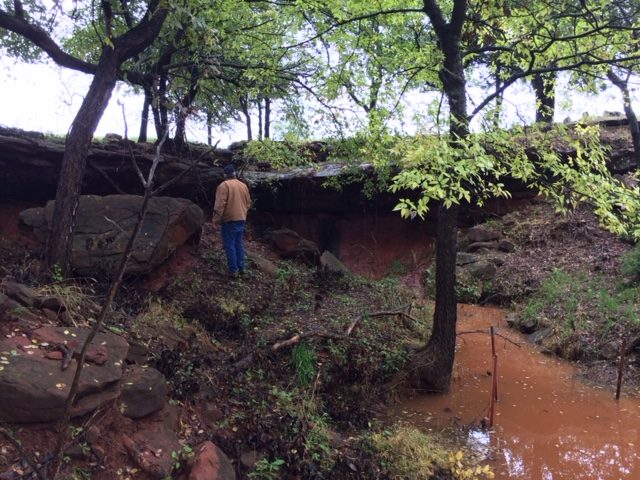 Figure 1. A small spring feeds into the pond, but the main source of water is runoff. Some muddiness coming off a section line road can be seen, following a 1 ½-inch rain. The long neck of the basin and the water plants in it allow for settling the muddiness out before it reaches the basin. 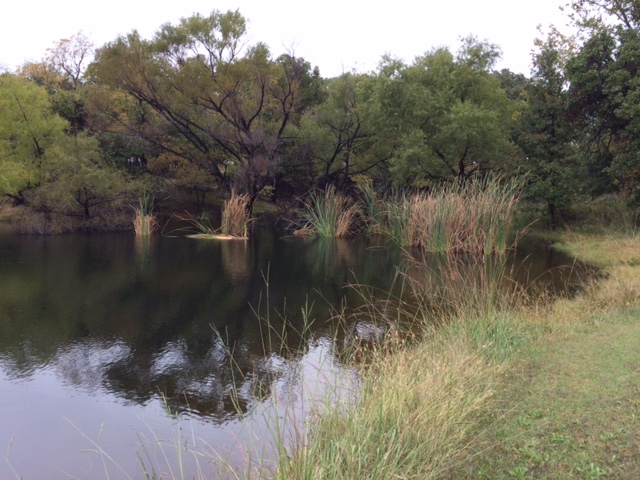 Figure 2. In the past, a small berm impounded spring and runoff water for livestock. Today the berm is submerged and a few cattails can be seen growing on it.

After trying an aquatic glyphosate to control the vegetation, a better approach came along, made possible by a drought. As the water level dropped and the shoreline dried, he used a backhoe to deepen the basin edges and raise the dam. Total cost of the work on the ¾-acre pond was around $1,000. With good 3:1 shoreline slopes and deeper water, the excess aquatic vegetation problem was greatly reduced. Wade advises caution when raising dams, however, “Never do it without an NRCS (Natural Resources Conservation Service) engineer or pond technician’s advice. There are situations where people have lost dams because the higher dam had more water than it was able to hold.”

Time slows down when you stand beside the pond. Fishing gear is kept on site in a small shed. Wade pays attention to what’s being caught so he can gauge if bass and bluegill are in balance—to see if they are finding enough to eat. “One of the biggest problems I see with other people’s ponds is not keeping enough bass. I’m half guilty of that myself – I’m a bit overloaded in bass; I can’t convince enough anglers to take home what they catch.” The catch shows lots of 6- to 8-inch bass, occasional 2- to 3-pound fish and a few 8- to 10-pound fish. Bluegill and other sunfish provide the forage (prey) for the bass. His bass have even been able to bring green sunfish under control, something many other ponds owners wish they could say.

One advantage for the pond is that there are no other ponds spilling into it. It is not at risk for bullhead catfish, or other undesirable fish, washing down into it. All around fishing is his goal and he is succeeding. Because the pond is within sight of the house, trespassers have not been a problem.

The pond’s not perfect. Wade wishes that the top of the dam was wider, but that would take many yards of fill, proper compaction and proper slope, none of which is cheap. His goats do a great job of keeping woody brush and trees off the dam but they don’t like wiregrass, so it has taken over in areas. Still, the problems are minor and it is a very attractive pond, meeting the owner’s objectives for fishing, water for the goat herd and scenic beauty.

“People tell me how ‘lucky’ I am to have such a pretty pond and acreage. They don’t know how much work I had to put into it to get to this point. When I bought the place, it was overrun by brambles. I’d back a round bale as far into the brambles as I could go and dump it there so the cattle would have to stomp them down to get to the hay. Eventually I got rid of them. Now it’s the nice open woods you see today.” He often hosts church groups of between 40 and 150 people for fishing and cookouts. His excellent pond adds so much to the site that it is hard to imagine it not being there. 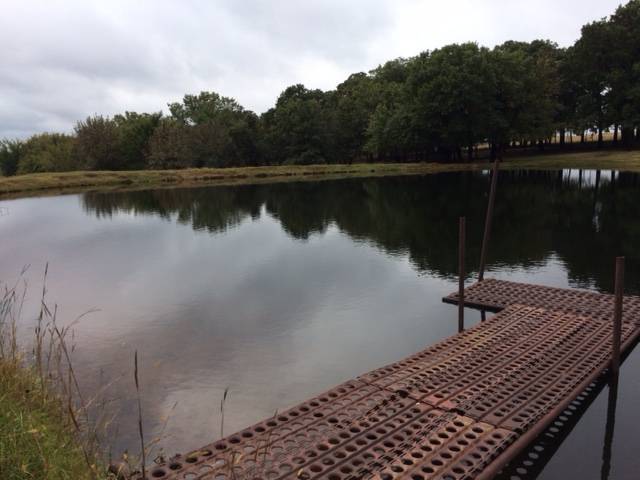 Figure 3. Docks are a great feature for angling. Affordable and durable materials are used to good effect in this one.

Learn about why your pond is experiencing fish kills and how to determine the issue specific to your pond.

Information to assist with aquatic weed management and the steps to solve the weed problem.