In a previous fact sheet (FAPC-191 Algal Biomass Production), the principles of the photosynthetic microalgae cultivation techniques are reviewed. This fact sheet will focus on photobioreactor design and operation.

Photoautotrophic microalgae can be grown in open or closed photobioreactors. Reactors can be operated in continuous, batch or semi-continuous mode and can be installed indoors or outdoors.

Open ponds were constructed for growing microalgae as a food supplement during World War II. Natural  waters (lakes, lagoons, ponds) and artificial ponds, or open top vessels, are constructed outdoors or in green houses and can be used as open photobioreactors.

Typically, open systems are designed and constructed with very shallow depths to facilitate efficient light  penetration through the growth medium. Rectangular,  circular or raceway ponds (Figure 1) have been utilized for microalgae growth. The culture is usually mixed with a rotating arm built in circular ponds. Raceway ponds, in which cultures are mixed by a paddle wheel and constructed outdoors, are the most common design for commercial operations.

Although the open systems are easy to construct and operate, poor light utilization by the algae cells, evapo-rative losses, dispersion of CO2 to the atmosphere and large land area requirement adversely affect their technical and economic feasibility. Contamination by predators and other fast growing heterotrophic microorganisms further limit algae production in open systems to only those organisms that can grow under extreme conditions. Poor mixing also can be an issue for open systems resulting in low mass transfer rates and consequently lower biomass productivity.

Sizes of the commercial ponds vary depending on land availability and production capacity. Raceway type ponds usually cover 1000–5000 m2. The maximum productivity of the open ponds is quite low at 0.5–0.7 g dry algal biomass/L growth medium.

Closed systems (Figure 2) can be categorized according to the geometrical configuration (i.e. tubular, flat panel, conical etc.) and orientation of the vessels (horizontal, vertical or inclined), the systems use for circulating and illuminating the culture and the gas exchange, the arrangement of the individual growth units/reactors (series or parallel) and the materials of construction (glass, plastic). The following factors need to be considered during the reactor design: a) effective and efficient illumination, b) proper CO2 supply with minimum losses, c) removal of photosynthetically generated oxygen that may inhibit cell growth and d) scalability of the reactor design. 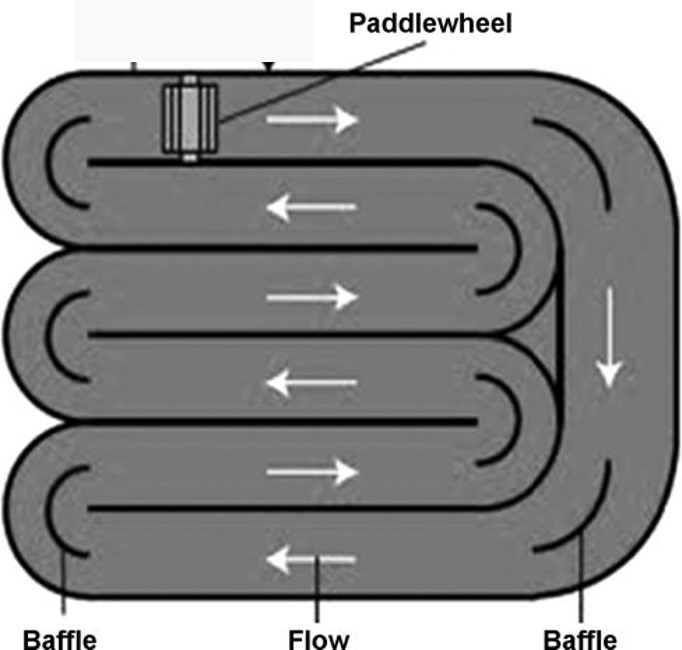 Figure 1. A simplified diagram of a raceway pond.

Tubular or flat panel designs have been used for algal biomass production. Tubular photobioreactors are the most common systems for large-scale production of algal biomass. Due to the high cost of construction and operation, the closed systems are mostly used for the production of high value products.

Some processing parameters such as nutrient supply can easily be controlled in a closed reactor. Solar radiation is more difficult to regulate. In dense cultures large number of cells impede light penetration and absorption. This phenomenon is known as “self-shading.”

Fluid dynamics in the reactor not only affects light availability but also nutrient and CO2 availability to the cells. A large illuminated reactor area to volume ratio, easier temperature regulation and ease of generating a turbulent flow when needed are the major advantages of the closed systems as compared to the open systems. Flat panel reactors are designed to have a short light path resulting in higher cell densities in the culture medium as compared to tubular reactors. The orientation of the panel reactors can be variable providing an option to maximize exposure to solar energy.

3. tubular reactor with degassing and light harvesting units, composed of parallel sets of tubes (A) or a loop tube (B)

4. helical tubular reactors: Biocoil (A) and conical framework (B)

6. flat panel reactors: flat panel bubbled at the bottom (A), V-shaped panel (B) and alveolar panel (C). The reactor designs were adapted from the following publication with the copyright permission from the publisher; Microalgal Reactors: A Review of Enclosed System Designs and Performances. Ana P. Carvalho, Luıs A. Meireles, and F. Xavier Malcata Biotechnol. Prog. 2006, 22, 1490-1506.

Both tubular and flat panel reactors may have separate units for gas transfer and light harvesting, which employs small diameter tubing to provide a high area to volume ratio promoting high photosynthetic activity. In bubble column reactors and vertical tubular reactors, air is bubbled at the bottom. This provides good mixing, sufficient supply of CO2 and efficient removal of O2 generated during photosynthesis. In horizontal tubular reactors, gas transfer takes place in tube connections or in a separate gas exchange unit. Gas transfer units may hold up to 20 percent of the culture volume. The culture is circulated between gas transfer and light harvesting units by a pump, which needs to be carefully designed and operated in order to avoid shearing and disrupting algal cells. Temperature control in tubular reactors may be achieved by spraying water over the reactors, submerging the tubes in cold water or shading the reactors, which could be expensive.

Helical tubular reactor design, which is one of the most effective and high area to volume ratio reactor designs, is constructed of a set of 3 cm inner diameter polyethylene tubes coiled on an open circular framework. A light source can be placed inside the coil. A centrifugal pump is required to drive the culture to the upper sections of the tubing. This may increase shear stress on the algae cells.

In an α-shaped reactor, it is possible to achieve a high flow rate with relatively low air supply rates in the rising tubes. The ascending and descending trajectories are placed at a 45-degree angle to sunlight, hence light harvesting is quite efficient. V-shaped reactor design provides a very high mixing rate with very low shear stress. Alveolar panel reactors result in very high photosynthetic activity; however, oxygen buildup in the system is a disadvantage. Fermenter-type reactors have a very low area to volume ratio. Sophisticated internal illumination systems, such as fluorescent lamps placed inside narrow glass or Plexiglas tubes, have been tested to improve light availability to the cells. Fermenter-type reactors can be operated in batch, semi-continuous and continuous modes. The process parameters can be fully controlled in this type of reactor; hence, axenic cultures can be maintained for long periods.

Continuous supply of CO2 to the microalgae cultures is expensive. Thus discontinuous delivery systems are commonly used. Monitoring the pH of the medium can control the CO2 supply to the medium, but the best way is to measure the actual dissolved oxygen and CO2 in the culture by using probes. Although bubbling CO2 enriched air at the bottom of the reactor is the most common practice, utilization of hollow-fiber membranes for gas supply enhances mass transfer and decreases costs by recirculating unused gas and using lower gas pressures.

Advantages of Open and Closed Systems

Disadvantages of Open and Closed Systems

Learn the results of a survey about common pond problems.