Influence of pH on Winter Canola Production in Oklahoma

Canola is a critical rotational crop for Oklahoma production systems. Originally integrated into traditional wheat systems as a means to manage problematic grassy weeds, canola has an additional benefit in that most production equipment is similar to equipment used for wheat production. One consistent factor in throughout much of the traditional canola production regions is slightly to highly acidic soils are common. In a recent survey by Arnall and Phillips (2018), soils in Oklahoma had pH values that ranged from 4.9 to 7.1 and 4.8 to 7.2, in north-central and southwest Oklahoma, respectively. One significant difference between canola and wheat is that canola has a greater sensitivity to environmental stressors and soil conditions. This is shown by its increased sensitivity to drought, cold stress and soil acidity, which is discussed in this document.

Impact of Lower pH on Canola

Soil acidity has a similar physiological impact on canola as it does on wheat and other crops. Decreased root development and rooting density can be expected when plants are grown in low pH soils. While low pH has similar physiological effects in most plants, tap root development and extensive rooting systems are not only one of the major benefits when rotating with canola, it also plays a major role in winter survival and recommencement of growth in the spring.

It typically is said that canola needs four to seven leaves developed prior to the first major frost for canola to reach peak survival. While the development of these leaves is critical for photosynthesis, this also represents the period needed for canola to develop adequate roots to survive the winter. Furthermore, during colder winters, winter canola can lose a majority of aboveground green tissue. When growth is commenced in the spring, an extensive root system is needed to provide the plant with water and nutrients for re-establishment of leafy growth, as well as progression to reproductive growth. In soils affected by acidity, which leads to high aluminum toxicity to plants, the root growth of canola can be slowed, limited or even restricted (PSS-2239, Cause and Effects of Soil Acidity).

For canola, the impact of lower pH also can extend beyond plant growth and development into seed quality. It has been documented that, in low pH systems, a decrease in critical proteins needed for oil, potentially to the level of dockage.

Determining the optimum and suitable pH values is critical for growers to understand how the plant will perform, as well as giving guidance on the value of critical management decisions, such as liming. For wheat, it is expected yields begin to decline when soil pH drops below 5.5. However, previous work from OSU suggested that certain wheat varieties could withstand soil pH much lower than this critical value (Lollato et al., 2013). Initial observations suggested that the critical limit for canola was higher, around 5.8 (Lofton et al., 2009). This would suggest that in areas where wheat showed limited impact from soil pH, canola might experience significant yield losses. However, cultivar selection (discussed below) can play a major role in the tolerance of canola to soil pH.

Low soil pH is a result of high levels of acidic cations in the soil system. To decrease the amount of these cations, high rates of bases or basic cations are added to systems in the form of various liming materials. Extensive research has studied liming materials and the impact of liming soil systems for crop production. Oklahoma Cooperative Extension has a detailed document highlighting the impacts of liming on winter wheat production (PSS-2240, Managing Acid Soils for Wheat Production). This document also has information for canola producers, as the response of soil systems to liming agents does not vary by individual crop. However, one consideration is the timing of liming within a winter wheat-winter canola rotation. Because canola has a greater sensitivity to low pH compared to wheat, growers could gain a higher and potentially more economical pH increase if the soil system is limed prior to the canola crop rather than following.

Little effort has been made to breed winter canola cultivars that are tolerant to soil acidity. This is primarily due to soil acidity not being a major issue in traditional canola producing. However, great efforts have been placed on creating winter canola cultivars that have increased stress tolerance. While not directly correlated, these stress-tolerant cultivars typically have the ability to produce more vegetation and a greater root mass in stressful environments. These attributes could allow for these cultivars to be better equipped to handle lower soil pH fields or zones within the field.

Evaluations throughout Oklahoma have shown that there are canola cultivars that possess slightly more tolerance to soil acidity than others. Four commonly grown canola cultivars, DKW 44-10, DKW 41-10 as well as Croplan 115 and Croplan 110, were able to maintain yield levels at soil pH levels as low as 4.5 to 5.0 without seeing a significant decrease in grain yields (Figure 1). However, this was not consistent across all cultivars tested. Some canola cultivars had high potential when grown in more neutral soil pH levels (Figure 2), but were only 50 percent of optimum when grown at a soil pH of 5.0 and did not yield at 4.8. 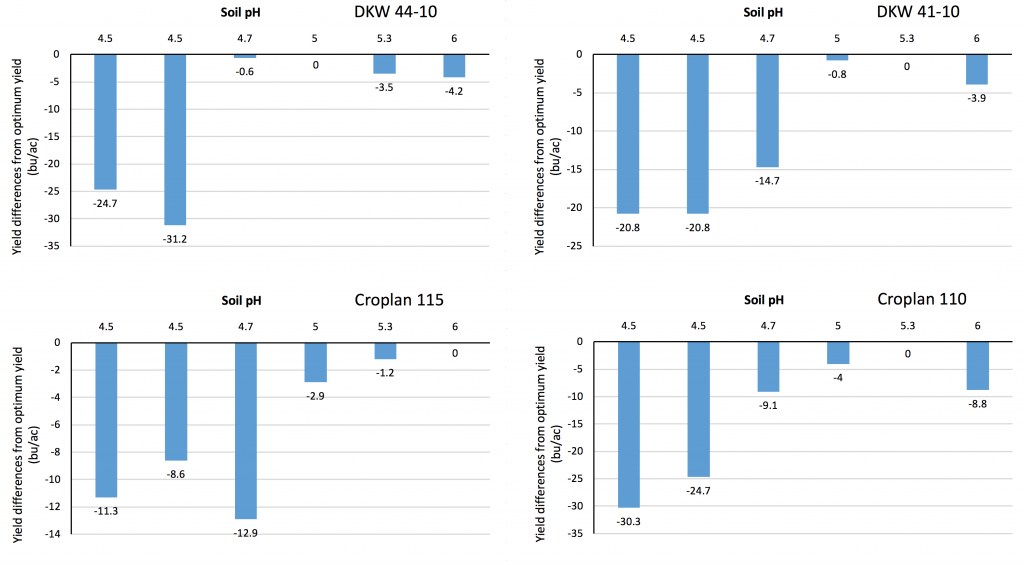 Figure 1. Impact of soil pH on canola cultivars that are considered to be tolerant to soil acidity.

Figure 2. Impact of soil pH on canola cultivars that are considered to be susceptible to soil acidity.

Other Factors that Soil pH Influences

Soil pH has often been linked to modification of plant growth through shifts in growth patterns or physiology within the plant; however, soil pH can greatly influence the impact of herbicides within the system. Herbicides have a set period to influence plant growth in the soil. Some herbicides, mostly contact herbicides, have very little to no soil activity, therefore pH has little impact when using those herbicides (i.e. glyphosate). However, soil activity of several residual herbicides are influence by soil pH. Fact sheet PSS-2788, How does soil pH impact herbicides? discusses in detail the impact of soil pH on herbicide activity and breakdown. Due to the increased acreage of corn and grain sorghum in more traditional wheat/canola regions, growers have been seeing potential increased carry-over from atrazine when rotating with canola. While many herbicides can have longer activity in soils with lower pH, atrazine actually is broken down faster in lower pH systems and has prolonged activity in neutral to more basic soils (Figure 3).

Further information on soil pH and how it influences crop production, including canola, are highlighted below.

The 2018-2019 canola performance results can be determined by factors like asield, shatter rating and oil content to name a few.

The history, properties and applications of canola oil used worldwide.