Feed costs represent 55 to 70 % of the cost of producing hogs. Therefore, close attention to nutrition should carry a very high priority. This includes formulation of swine rations utilizing the most accurate information available. The major goal of a nutritionist or a pork producer in a swine feeding program should be to supply at a feasible cost the nutrients needed at the right time in the animal’s life. The feed ingredients needed can be divided into five general groups. A discussion of these groups follows. For additional information on feed ingredients, refer to Extension Fact Sheet 3500, “Swine Nutrition,” or 3502, “Feed stuff Composition for Swine Rations.”

Energy — Carbohydrates of cereal grains such as corn, sorghum grain, wheat and barley supply most of the energy in swine rations. Energy may also come from fats, oils, and protein. Energy is usually expressed as Digestible Energy (DE) or Metabolizable Energy (ME). Metabolizable Energy is defined as the gross or total energy of the feed minus the energy lost in the feces and urine. Digestible Energy is the gross energy of the feed intake minus the energy lost in the feces. It does not take into account energy lost in urine. ME values are approximately 96% of DE values for mixed feeds; however, individual feed ingredients will vary considerably from this value.
When expressed as DE, it is desirable for growing finishing rations to contain 1,500 kilocalories (kcal) per pound. When expressed as ME, a corresponding value would be approximately 1,440 kcal.

Protein— Part of the protein in a swine ration will come from cereal grains. However, the protein of cereal grains is of rather poor quality for swine as a result of the low content of certain essential amino acids such as Lysine, threonine, tryptophan, and methionine. This necessitates the addition of a high quality protein supplement such as soybean meal, peanut meal, milk byproducts, meat and bone meal, or others.

However, meat and bone meal or tankage contain high levels of calcium and phosphorus, which can result in too high mineral content in a swine ration if excessive amounts are fed. Soybean meal, which is readily available in Oklahoma, is usually the most feasible supplement to use for swine rations.

Minerals—Most swine rations need supplemental sources of minerals. Cereal grains are especially low in calcium and are only a fair source of phosphorus, since much of the phosphorus in cereal grains is unavailable to the pig.

Swine rations based largely on cereal grains and soybean meal need supplementation of both of these minerals. Several commercial products available on the market to supply supplemental calcium and/or phosphorus are listed in Table 1.

* Analysis of some commercial products may vary from these figures. Check analysis tags on products used.

If a combination trace mineral-vitamin premix is the method used, the following ingredients level using 5 pounds per ton will be adequate:

Vitamins — Vitamin A, Vitamin D, Vitamin E, Vitamin K, riboflavin, niacin pantothenic acid, choline, and Vitamin B12 are the vitamins that normally need to be supplemented to a swine ration. Vitamin premixes or combination trace mineral-vitamin commercial premixes can be purchased to supply these vitamins.

A vitamin premix supplying the following amounts of ingredients per pound and using 5 pounds per ton will be more than adequate in these vitamins when using feed grains such as corn, sorghum grain, barley, wheat, or oats in combination with soybean meal.

Antibiotics — Antibiotics and other feed additives are commonly included in swine rations as an aid in increasing growth rate, improving feed efficiency and controlling many diseases. Usually the higher the disease incidence in a swine herd, the greater the response will be to antibiotics in the ration. Greatest growth response to antibiotics generally occurs with younger pigs up to 120 pounds.

Some antibiotics or chemotherapeutics and all arsenic and sulfa compounds are required by Federal Law to be withdrawn from finishing rations within a specified time prior to slaughter. Always read the label and comply with the withdrawal time. It is the livestock producer’s responsibility to comply with withdrawal periods.

Many swine producers will use rations calculated by others. Sources of available formulas are listed at the end of this fact sheet. Some producers will use the trial and error method of calculating rations with the use of simple electronic calculators. A few producers who have access to computers may elect this method of calculating rations. Computers may be used to calculate linear programmed least cost rations. The method described in this fact sheet is the “Square Method.” It is a simple easy method for producers who wish to calculate their own rations but do not feel they need the additional information on amino acid content that computer formulated rations usually furnish.

Before a person can formulate a swine ration, there are a few facts that must be known:

Formulation Procedure — In formulating rations there is a fixed portion of the ration and a variable portion.

The fixed portion may include the following ingredients and range in amounts as illustrated:

To determine the amount of protein in the fixed portion, we should proceed as follows:

Alfalfa meal is the only ingredient in the fixed portion having protein value.
Fourteen (14) pounds of protein is required for each 100 pounds of ration.
To establish the number to apply in the square block in Figure 1 for determining variable portions of sorghum grain and soybean meal, this procedure may be used:

This establishes that 14.22 % protein is needed from 92.5 percent of the ration to maintain a 14.00 % crude protein content of the total (100 % ) ration. The ration is then calculated as shown in Figure 1. Sometimes minor adjustments are necessary.

This does not say that we must go through the entire procedure. The procedure simply indicates values to guide us into near proximity in meeting the nutritional requirements. We can make adjustments to correct deficiencies as long as other deficiencies or excesses are not created. The completed ration is shown in Table 4.

Producers who wish to calculate their own rations should acquaint themselves with the basic fundamentals of nutritional requirements for various sizes and ages of swine. The producer should also be knowledgeable of the various ingredients commonly used in swine rations.

There are a number of rations using feedstuffs usually available in Oklahoma which have already been calculated. These rations can be found in Extension Fact Sheets 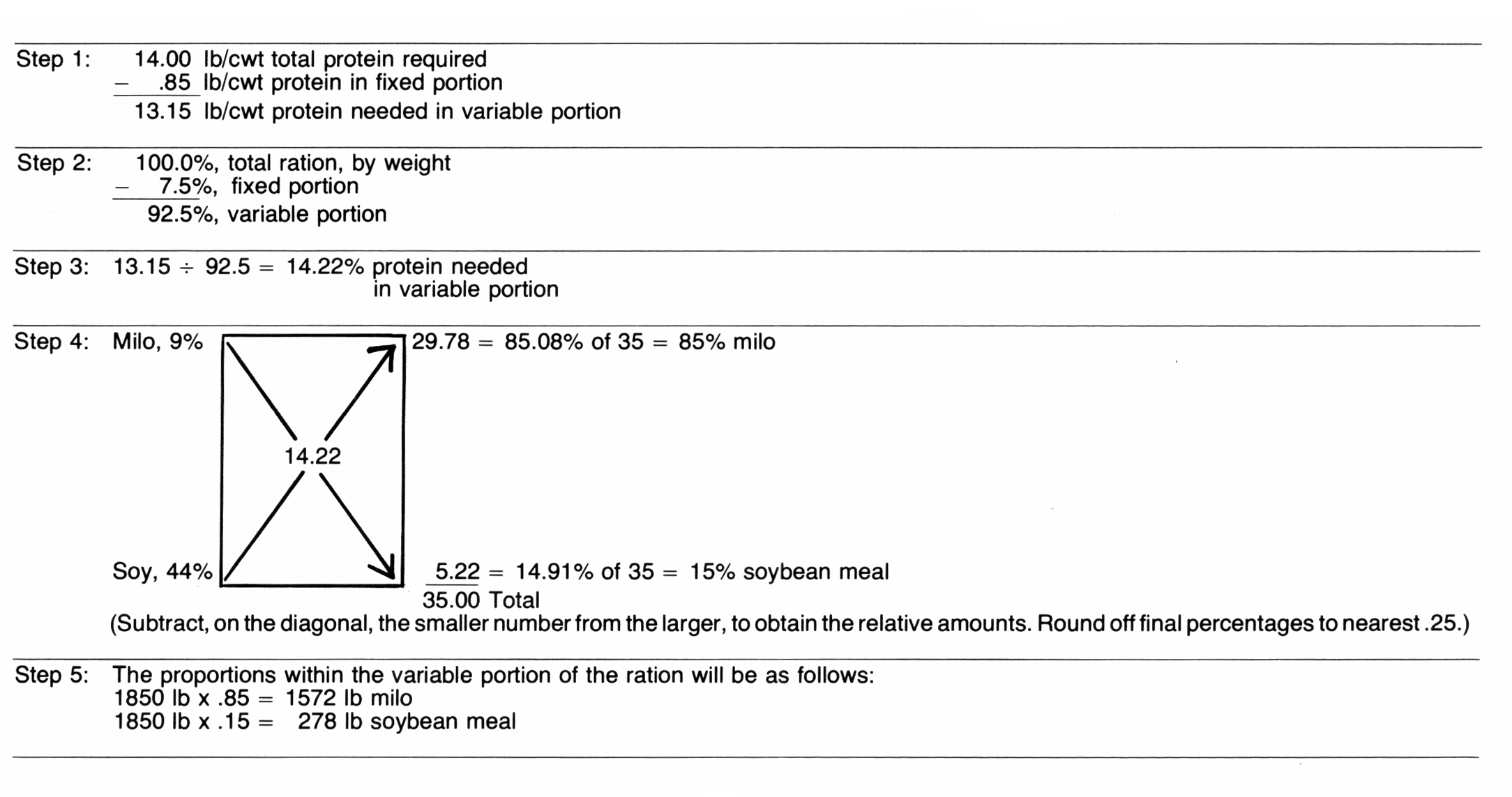 Figure 1. The ‘Square Method’ of Figuring Proportions of Milo and Soybean Meal in a Swine Ration.

Owners should learn to supply the amount and balance of nutrients that will aid in maximum conception rates and meet the needs during gestation and lactation.

An explanation to limit feeding of beef cows, some management tips to keep the herd healthy and alternatives to corn in limit feeding.