Much of this body fat is subcutaneous, meaning fat accumulates in layers immediately below the horse’s skin. This fat cover can be visibly assessed in several specific locations on the horse’s body (Figure 1). The desired level of body condition will vary between horses. As a rule, horses used in athletic performance will maintain a lower body condition than non-performing horses. Additionally, horses will vary in the optimal body condition for productive functions because of individual differences. For example, one horse may perform athletic competition more effectively in a thinner condition as compared with another individual performing the same task in a heavier body condition.

The ability to accurately assess body condition allows horse owners to make ration adjustments that maintain horses at desired fat levels. A universally used scoring system assists communication between horse owners. Moreover, it aids in the application of recommendations to maintain desired levels of body condition for production and management. For more information on how to correctly score and record your horse’s body condition over time, follow this link to an on-line learning lesson and phone app provided through eXtension and Horse Quest. 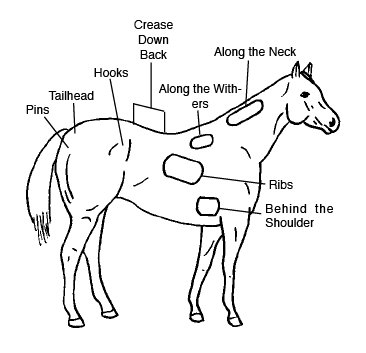 The most tested and universal scoring system for assessing body condition was developed by researchers at Texas A&M University in the early 1980s. Since that time, nutritionists, breeding and farm managers, trainers of performance horses, veterinarians, those involved with evaluating animal welfare, and other equine professionals have incorporated the scoring system into their businesses.

This scoring system places the body condition of horses on a scale of one to nine, and provides descriptions which are used to assess fat accumulation along the neck, withers, over the ribs, behind the shoulder, around the tailhead, and the crease on the back (Figure 2). While the scoring system can be used on all horses, it was initially developed to quantify the influence of body condition on the reproductive performance of mares.

Extensive research and field trials document that reproductive efficiency of mares is affected by body condition.

One concern expressed by owners is that mares with a body condition greater than five or six will have more trouble foaling. These concerns are unwarranted, as significant research has shown body conditions of seven or greater have no affect on gestation length, length of the foaling process, size of foal or placenta, or measures of foal viability. 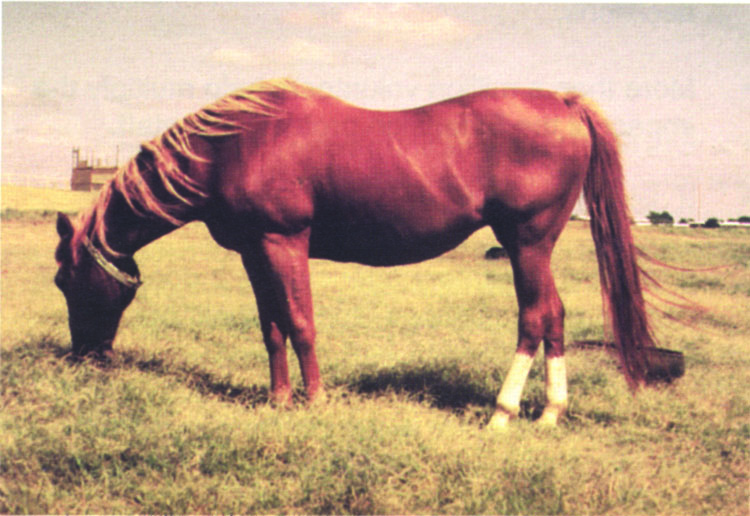 Note: tailhead prominence, negative crease along back, and faint outline of ribs. 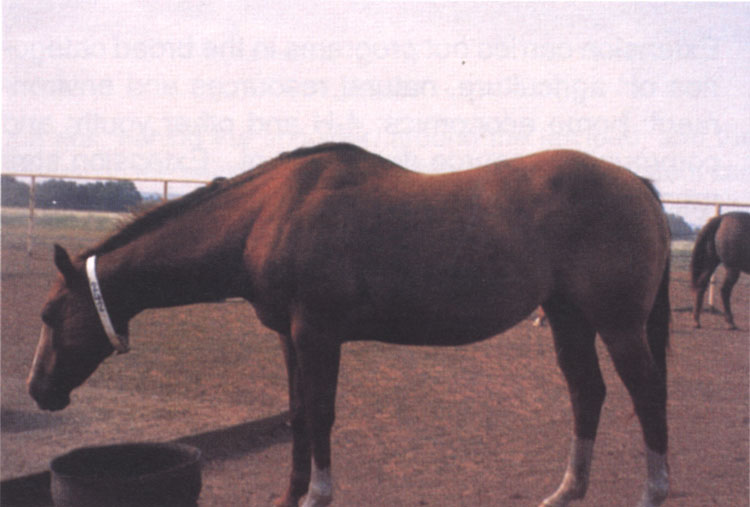 Note: shoulders and neck blend smoothly into body. No visual appearance of ribs. 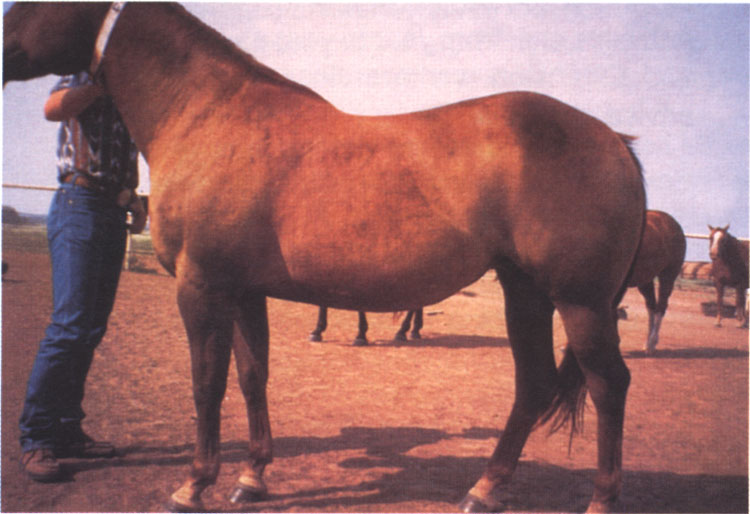 Note: fat deposits along sides of withers, behind shoulders, and along the sides of the neck. 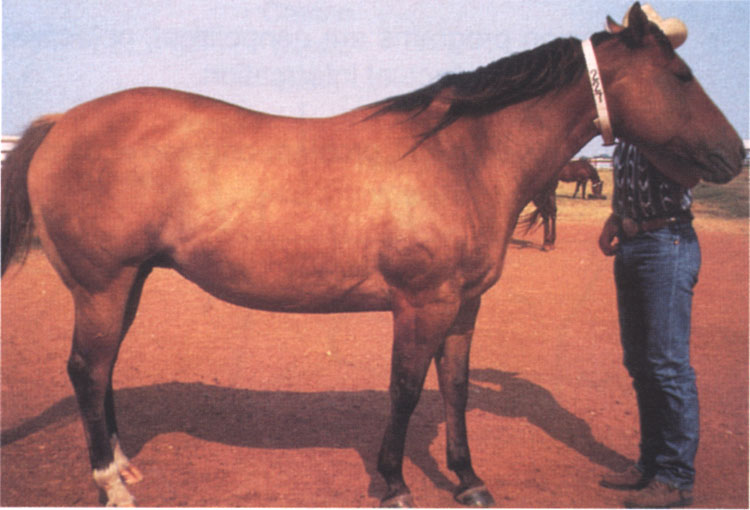 Note: noticeable filling between the ribs, roundness of tailhead, and appearance of fat behind the shoulder.

There are several points to consider when using body condition scores.

It is important to recognize specific areas on the horse’s body to assess body condition, and to gain experience in identifying body condition on different horses. Periodic re-evaluations of individual horses will help to decrease the influence of conformational differences in body condition assessment.

Body condition cannot be altered significantly in short periods of time. Gains in body weight must be made with gradual increases in the ration. The horse’s body requires time to assimilate increases of energy into fat. Also, the incidence of colic and founder will increase when making dramatic adjustments in the amount of the daily ration. Increasing a mature horse’s body condition from a score of three to a score of six may take four months when consuming about 1 3/4% of body weight in grain per day and unlimited hay. This change in body condition represents an average of 2 1/4 pounds of gain per day, which should be considered near maximal for 1200 pound broodmares. Environmental stress will increase the length of time and energy intake necessary for increases in body condition.

Learn about the 2022 research projects in the Department of Animal and Food Sciences.

Learn about research projects in the Department of Animal and Food Sciences.