Getting Ready for Pecan Weevil Season

With the majority of early season insect pests behind us it is time to start thinking about pecan weevil (Fig. 1). Now is the time to prepare for the emergence of weevils that can infest this season’s crop. Damage from pecan weevil can vary from year to year and orchard to orchard. Also, susceptibility to this pest can vary from tree to tree in a home yard situation.

The concern, from a pecan weevil perspective, is preventing female weevils from laying eggs (oviposition) in nuts and this generally does not happen until late gel to early dough formation of the nut (Fig. 2). Often, especially with mixed cultivars, it is difficult to anticipate the application timing of initial sprays when traps are not deployed early enough or if crop maturity is not carefully examined. 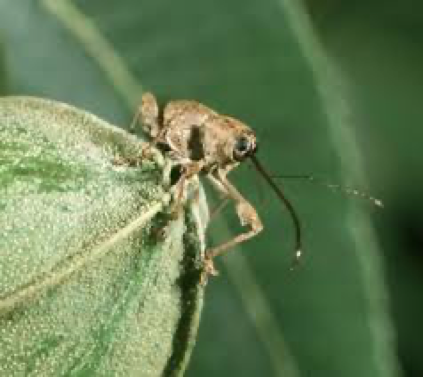 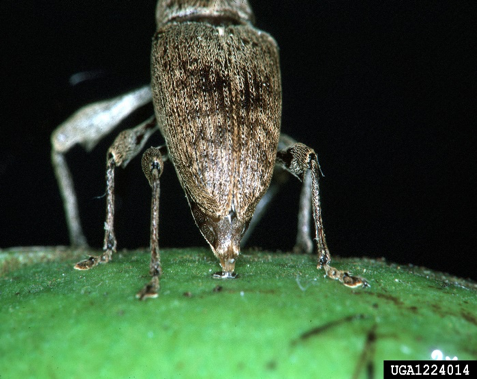 Oviposition by female pecan weevils can occur as early as 2 days after emergence; however, most of the egg production occurs 10-12 days after emergence. Regardless of how soon oviposition begins, it is initiated on early maturing varieties sooner than on trees that have late maturing nuts. With sizing almost complete in early maturing cultivars and dough stage beginning, we anticipate making our first weevil application at the Perkins Research Station soon.

Much of the damage experienced by pecan weevil can be avoided with timely use of insecticides. Making the decision on when to treat; however, can be a dilemma for many growers. Although increased weevil emergence can occur after heavy rainfall events in late July and August, in Oklahoma the majority emerge in late August – mid September, but this can be highly variable depending on soil moisture and type.

Typically, weevil emergence will increase 3-4 days after a 1–2-inch rainfall. Irrigation, especially in sandier soil, can also produce earlier emergence which is what we’re seeing currently at the CVRS in Perkins. Trapping and monitoring for pecan weevil is important until shuck split. After pecan weevils emerge from the soil, they will enter the tree by crawling up the trunk or flying to the canopy. Around 85% of the weevils will crawl up the trunk with the remaining 15% flying directly into the canopy.

Circle traps, which fit around the trunk, have been found to be an excellent monitoring tool (Fig. 3). For those with just a few trees, it may be possible to “trap out” most of their weevil populations in this situation reducing insecticide applications needed (Fig. 4). Trapping is a great way for homeowners and small grove owners to protect pecans from extensive weevil damage (Figure 5).  For commercial growers, after initial treatments are made at the dough stage, trapping serves to monitor continued weevil emergence and spray determinations throughout the weevil season. 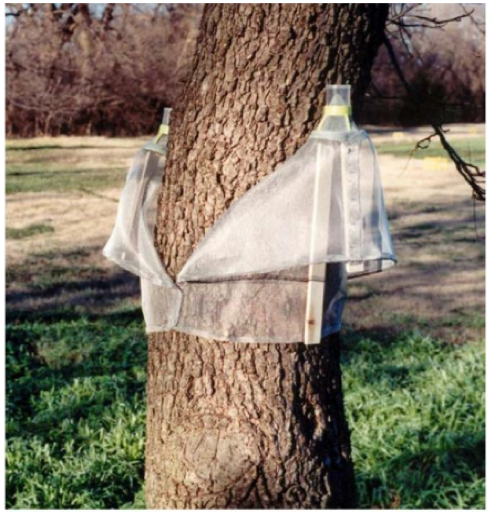 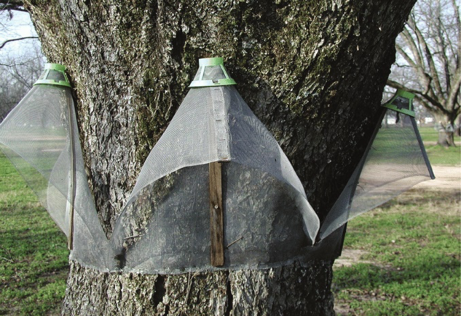 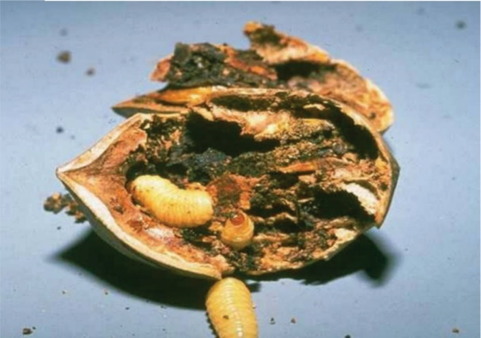 Ideally, traps should be placed in trees in late July or early August to identify potential early emergence that might be happening. Traps should go around the entire circumference of the tree. Two – three traps may be needed for larger trees. Monitor traps and evaluate tree phenology regularly, especially as late gel and dough stage gets closer. Most commercial growers like to put out their first weevil application at this time. Then, determination for subsequent applications is made when an average of 0.3 weevil/trap per day are collected.

For more information on Pecan Weevil and labeled products for Pecan Weevil control go to: EPP-7079, Biology and Control of the Pecan Weevil in Oklahoma and CR-6209, Commercial Pecan Insect and Disease Control.