It is believed that the majority of the breeds we now know are descended from the Eurasian Wild Boar (Sus scrofa). Archaeological evidence from the Middle East indicates domestication of the pig occurs as early as 9,000 years ago, with some evidence for domestication even earlier in China. 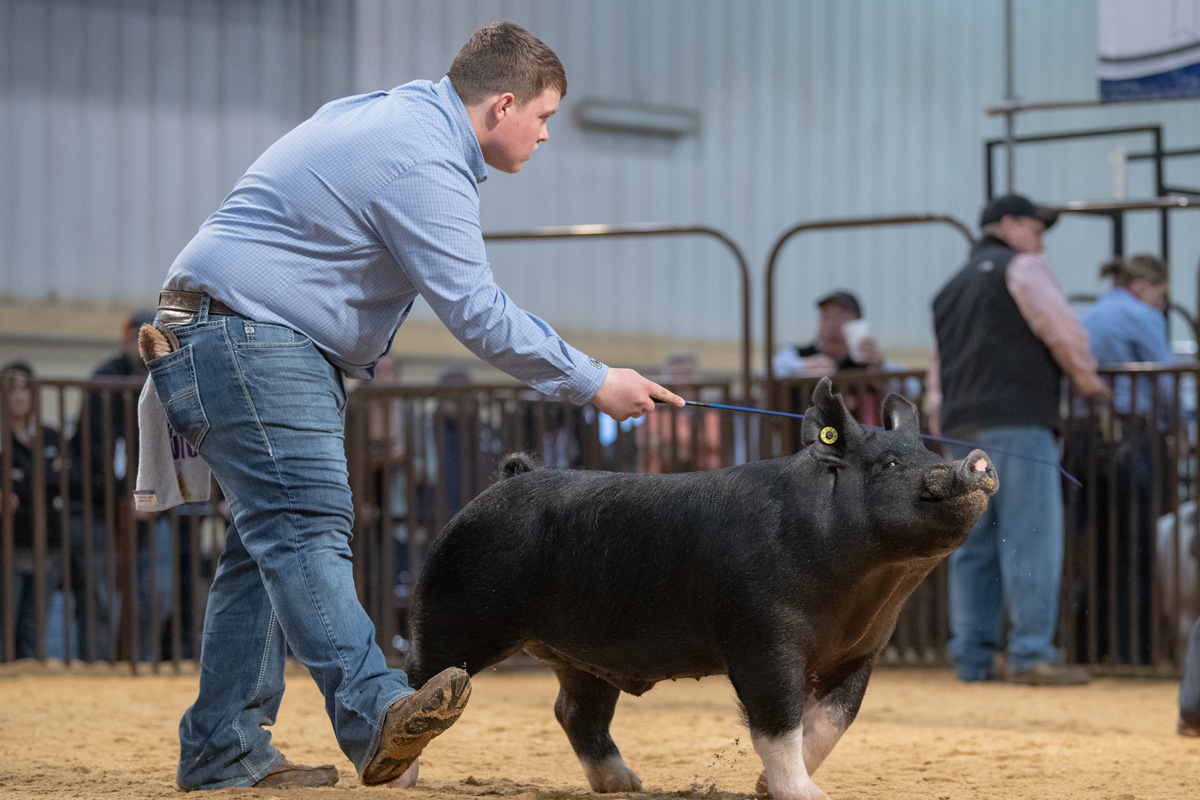 Figurines, as well as bone, dating the sixth or seventh millennium BC have been found at sites in the Middle East. Pigs were also a popular subjects for statuettes in ancient Persia.

While most livestock were utilized initially by nomadic peoples, swine are more indicative of a settled farming community. The reason for this is simply because pig are difficult to herd and move for long distances. Pigs have become vital to the economy in parts of the world. For example, there exists a "pig culture" in New Guinea as strong and complex as any African culture based on cattle.

The National Swine Registry (NSR) is the pedigree livestock association for the purebred Duroc, Hampshire, Landrace and Yorkshire swine breeds in the United States.

The National Pork Board Get the critical information needed to deal with the impacts of a pork industry crisis, now and in the future.