The primary area of adaptation for Ruby Lee encompasses all of Oklahoma wheat producing areas extending southward into north Texas and north into southern Kansas and west into the Texas High Plains (with irrigation). Secondary areas of adaptation may extend into northern Kansas, eastern Colorado and southern Nebraska, but Ruby Lee will be at risk where stripe rust and very low soil acidity area issues. Ruby Lee is recommended primarily for grain-only management systems. However, dual purpose system production is not discouraged as it has above-average ability to be grazed and adaptation to early-planted management systems is very characteristic of Ruby Lee.

One of the most exciting aspects of Ruby Lee ia that it should also be the first OSU HRW cultivar to be recommended for contract production to ensure 1) direct delivery of enhanced end-use value to millers and bakers and 2) direct value capture by producers. OGI would agree with this statement after reviewing the mill, dough and bake test information. It has good mix times, long stability time at acceptable proteins. The kernels are large with good thousand kernel weights and good kernel diameter. This is a variety that will assuredly interest millers and bakers. 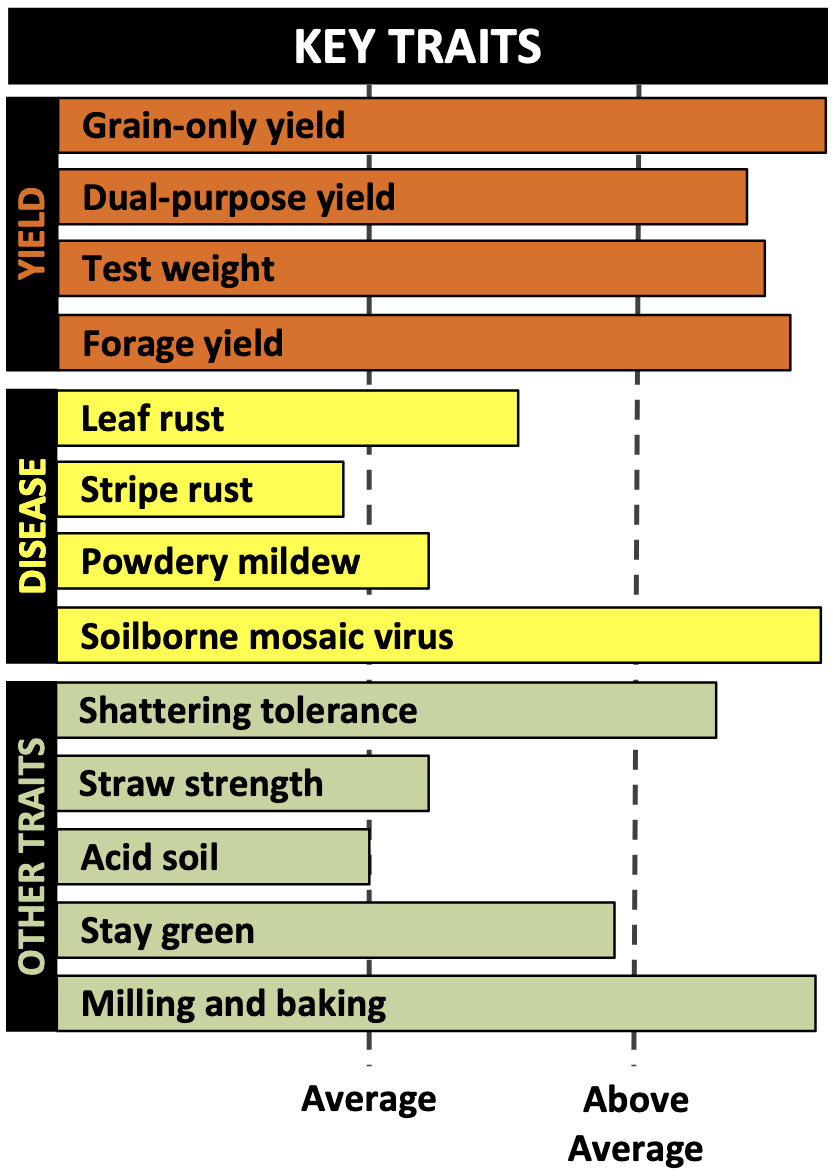 Below are some benefits of Ruby Lee wheat: