The primary area of adaptation for Garrison includes all of Oklahoma's wheat producing areas extending southward into Texas and north into Kansas and west into the Texas High Plains. Secondary areas of adaptation may extend into northern Kansas, eastern Colorado and southern Nebraska. Garrison will be at risk where Hessian Fly is an issue, so it should not be planted on an area where there is a history of severe Hessian Fly infestations. Garrison production focus is primarily for a grain-only management systems. However, dual purpose production is possible with forage yields being limited.

Garrison has several very exciting attributes in which OGI is interested. It has shown a tendency to out yield Endurance, has strip rust resistance, has low pH tolerance, has test weight stability, protein content stability and good missing tolerance. It is very widely adapted. All of these attributes make good marketing tools when visiting with producers, millers and bakers.

Below are some benefits of Garrison wheat: 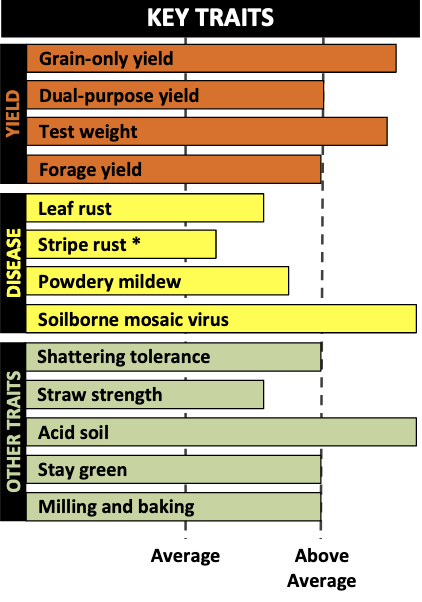