Endurance was released by the Oklahoma State University Wheat Improvement Team in 2004 to serve the unique needs of dual-purpose wheat producers. Experimentally tested as OK94P549-11, its pedigree is a Pioneer breeding line including TAM 105, Siouxland, and 2180. Endurance is PVP protected and can only be sold as a certified class of seed.

Endurance has performed well in dual-purpose and grain-only systems throughout the state of Oklahoma (Table 1). Since Endurance is a late-maturing variety, it benefits from moderate temperatures during May. Years of yield data, however, indicate that Endurance has ability to maintain good yield potential in stressed environments as well. Test weight of Endurance is average.

Acid soil tolerance is one of Endurance’s 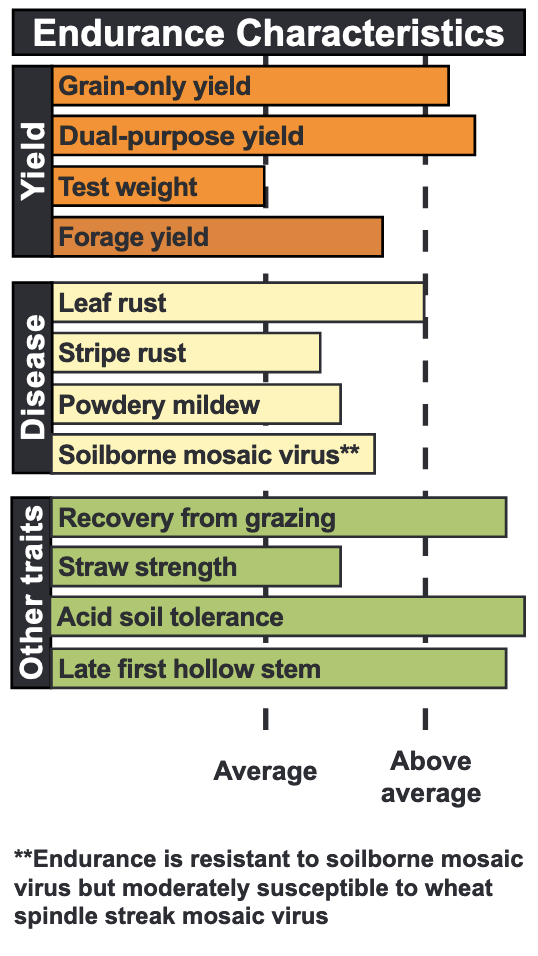 greatest strengths, and Endurance is one of the most tolerant varieties currently available to farmers. Even though Endurance tolerates low soil pH well, growers are still advised to lime according to soil-test recommendations.

Endurance reaches first hollow stem as much as two weeks later than Jagger,
which allows for an extended grazing window in the spring. This trait combined with very good regrowth following grazing makes Endurance a very good dual-purpose wheat variety.

Endurance is tolerant to very tolerant to low pH conditions and has intermediate to moderately good straw strength.

Endurance is a moderately tall semidwarf averaging 34 inches. The variety reaches heading at the same time as Ok102 and 2174 (approximately two days later than Ok101 and three days later than Jagger). It has intermediate or slightly below average test weight.

Endurance is moderately resistant to leaf rust and stem rust as an adult plant and has intermediate resistance to stripe rust and fusarium head blight. Endurance is moderately susceptible to septoria and tan spot and susceptible to powdery mildew. Yield data from fungicide-treated plots at Lahoma and Apache, OK show that yield of Endurance can be improved with the use of foliar fungicides in years with moderate to heavy disease pressure.

Endurance is a moderately tall variety with good straw strength. 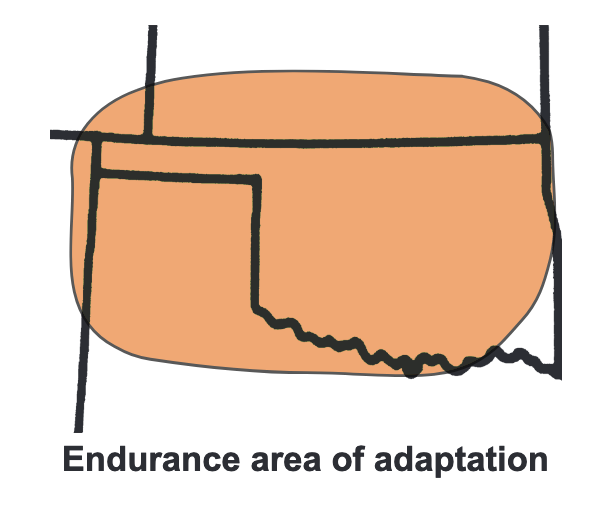 So, lodging is possible with Endurance but not likely if fertility and planting density are managed properly.