Wheat farmers in the southern Great Plains wishing to use the Clearfield® wheat production system have had limited variety choices. Centerfield improves this list of choices by providing an agronomic package that fits the needs of central Oklahoma wheat farmers.

The Clearfield® trait was initially introduced into hard red winter wheat through the variety TAM 110. So, many early Clearfield® varieties had similar areas of adaptation as TAM 110. Centerfield broke this mold with parentage that is 75% 2174 and 25% TAM 110. The strong 2174 influence in Centerfield means better adaptation to central Oklahoma and improved agronomics. Centerifield has a single-gene that confers resistance to Clearfield® herbicides. Centerfield is marketed and sold by Oklahoma Genetics Inc. through a licensing agreement with OSU.

Centerfield’s yield performance was better than other Clearfield® 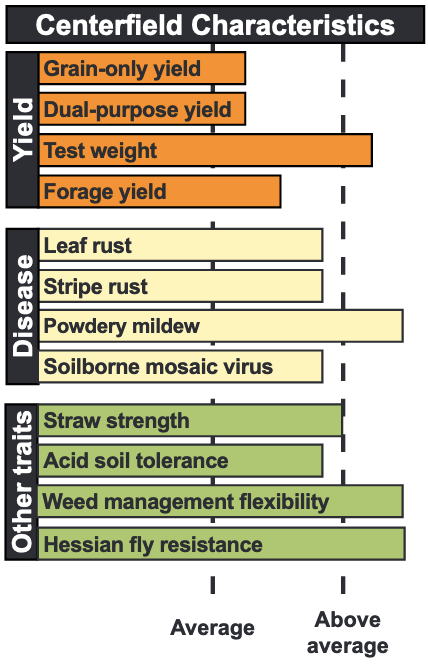 Centerfield is tolerant to herbicides used in the Clearfield® system, and offers the unique ability manage hard-to-control weeds such as jointed goatgrass. Earlier sowing can create a dense crop canopy and aid in weed control. Early sowing can also increase the risk of Hessian fly damage. Fortunately, Centerfield is resistant to Hessian fly. 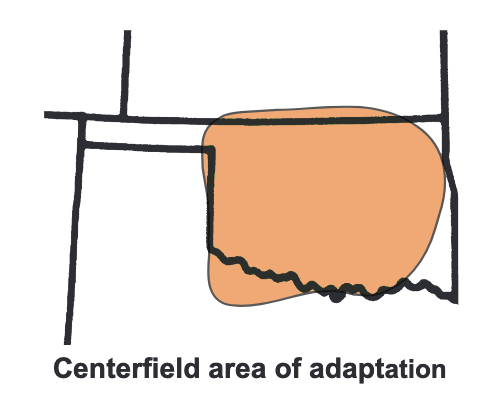 and improved test weight make it a good fit for central Oklahoma. Centerfield’s forage production is comparable to other Clearfield® varieties on the market, but it is important to consider the negative impact that grazing might have on weed control in the Clearfield® system.

The strong 2174 influence in Centerfield resulted in heat-sensitive seed dormancy. So, Centerfield is a variety that is better sown after soil temperatures cool in late September. Centerfield closely resembles 2174 in plant maturity and is rated as very late to first hollow stem and medium overall plant maturity.