Seiridium canker is reported to be a major problem on cypress (Arizona, Italian, Leyland) and arborvitae. It is a moderate problem on junipers in other parts of the country. Japanese cedar (Cryptomeria japonica) and Sierra juniper (Juniperus occidentalis) are reported to be resistant to the disease. 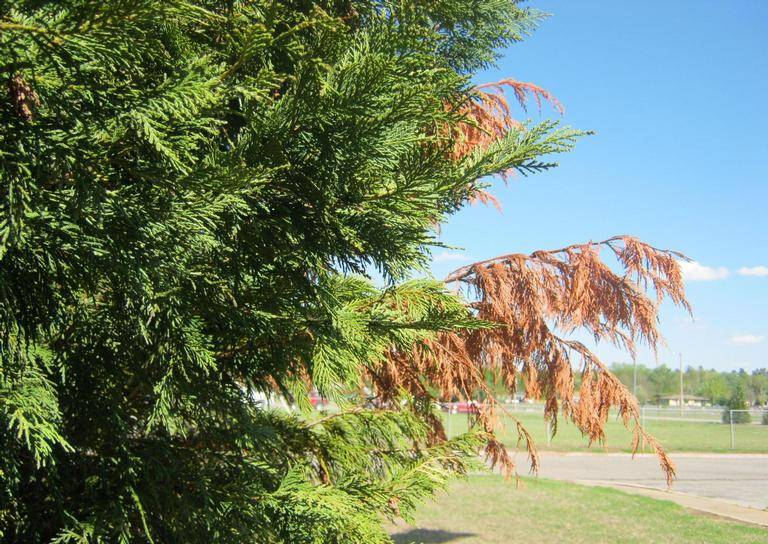 Symptoms include browning of individual branches which is called flagging (see image). Often only one or two limbs initially exhibit symptoms, but following favorable weather periods (moderate temperatures, humid periods), the disease may spread so that many limbs are affected. If the shoots are followed down toward the trunk, a resinous oozing canker may be observed. The cankers are often not observed near the shoot tips, but are located several feet down the branch close to the trunk. These cankers may also be observed on branches which do not show the flagging symptom. Although the limb is infected, the canker has not yet girdled the entire branch and it remains green. It is likely that these branches will discolor in a few weeks. Although resin production and oozing is common with Seiridi 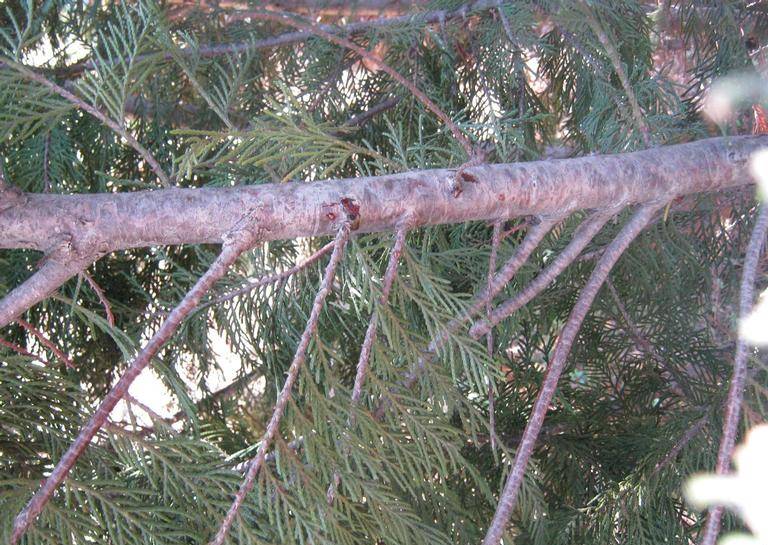 um canker, trees that are old or growing slowly may not exude resin. Aggressive strains of the pathogen may kill small trees quickly (less than a year) while larger trees or weaker strains may take several years. Symptoms may be more pronounced in trees that are affected by environmental problems (winter injury, drought, poor nutrition, etc.)

The fungus survives in infected bark tissue. During wet weather, spores are released and spread to nearby hosts or uncolonized branches (see image). These spores are spread by splashing and water runoff. They can also be carried longer distances by contaminated pruning tools and movement of infected plants. 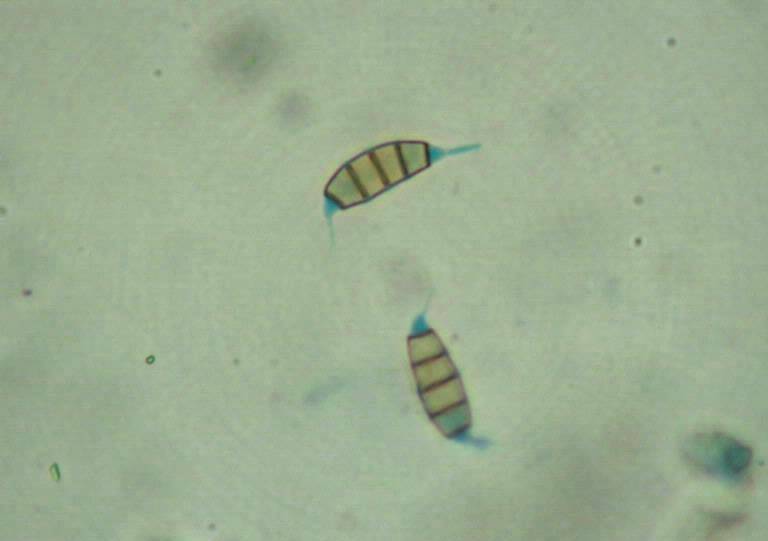 Since the fruiting bodies needed for identification are found near oozing cankers, it is important to include the entire branch when sampling. The branch can be cut into several smaller lengths (1 ft pieces) and all sections should be included when submitting a sample for diagnostic testing.

There are no chemical controls available for Seiridium canker. In areas where Seiridium has been a problem, resistant hosts should be selected for replacement. Growers should maintain health and vigor by irrigating during periods of drought and maintaining proper nutrition. Infected limbs should be removed and discarded in the trash (do not compost). Severely affected plants should be removed from the landscape to prevent spread of the disease to healthy plants in the area.