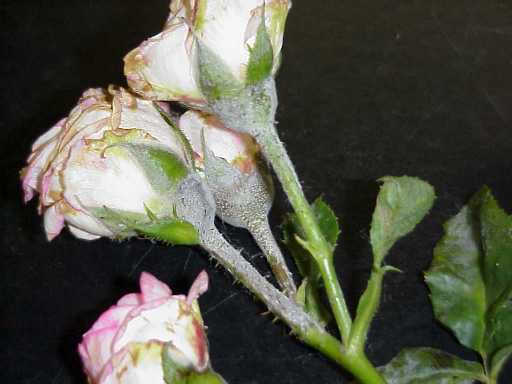 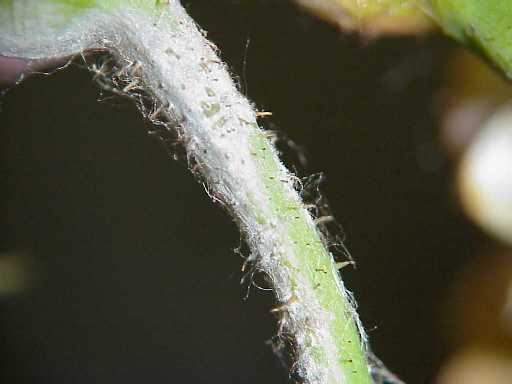 Powdery mildew produces a powdery, whitish coating on the leaves and other plant parts. In case of severe attack, plants may become stunted, leaves may curl, become dried, and drop. Unopened buds, young stems, and thorns may be entirely overgrown with the powdery coating. Only in very rare cases does death of the plant result from infection. Generally, the most favorable conditions for powdery mildew infection are as follows: daytime temperature near 80F (27C) and a relative humidity of 97-100%. These conditions prevail during most of the early part of the growing season, thus control must be made on a regular basis.

During seasons of low rainfall in the spring and very early summer when the daytime temperatures are below 80F, control may not be needed until later. Thoroughly applied fungicides can effectively control powdery mildew. To avoid having to spray for powdery mildew control, resistant cultivars can be grown. Please contact your local county extension office for current information.