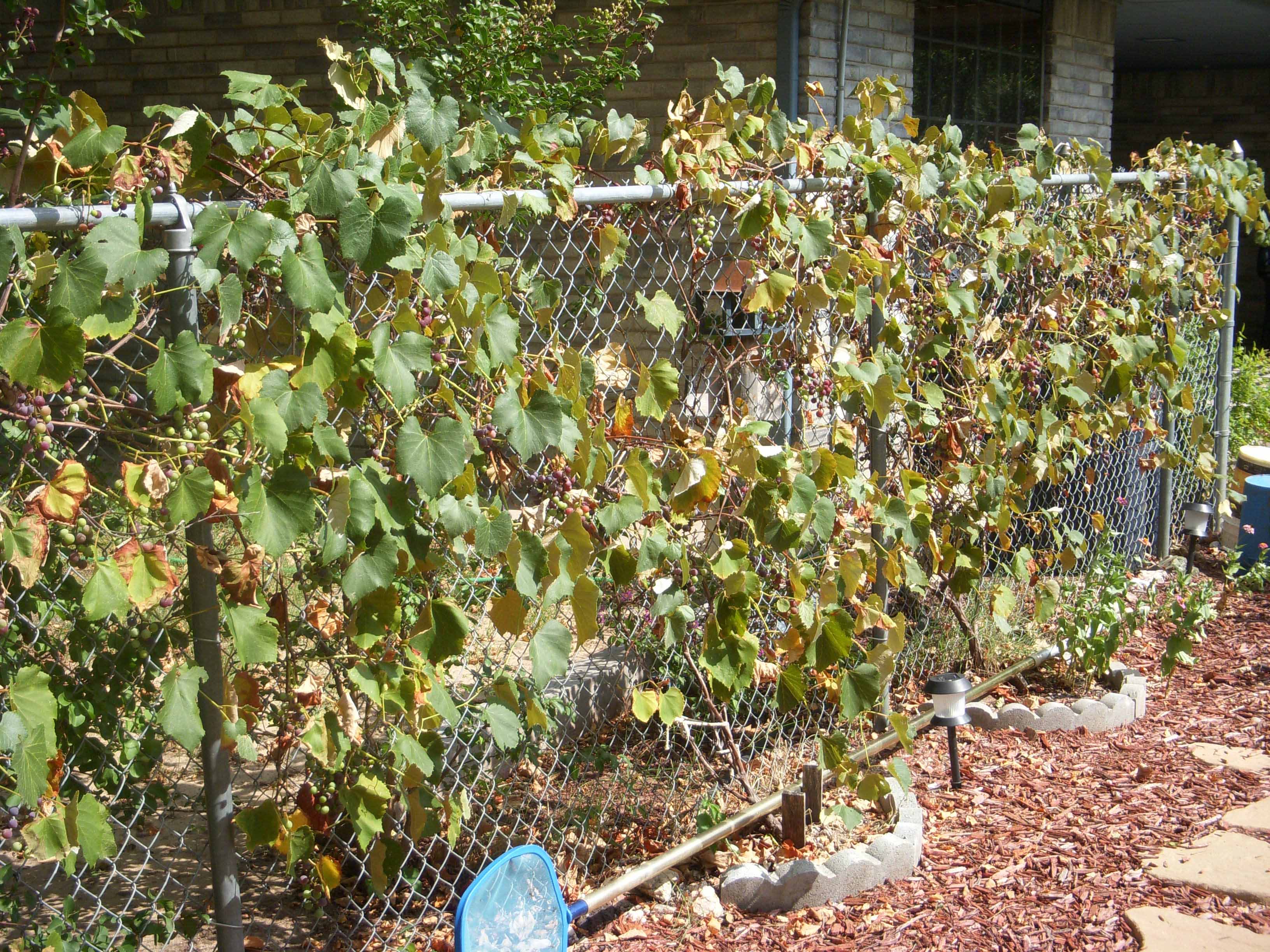 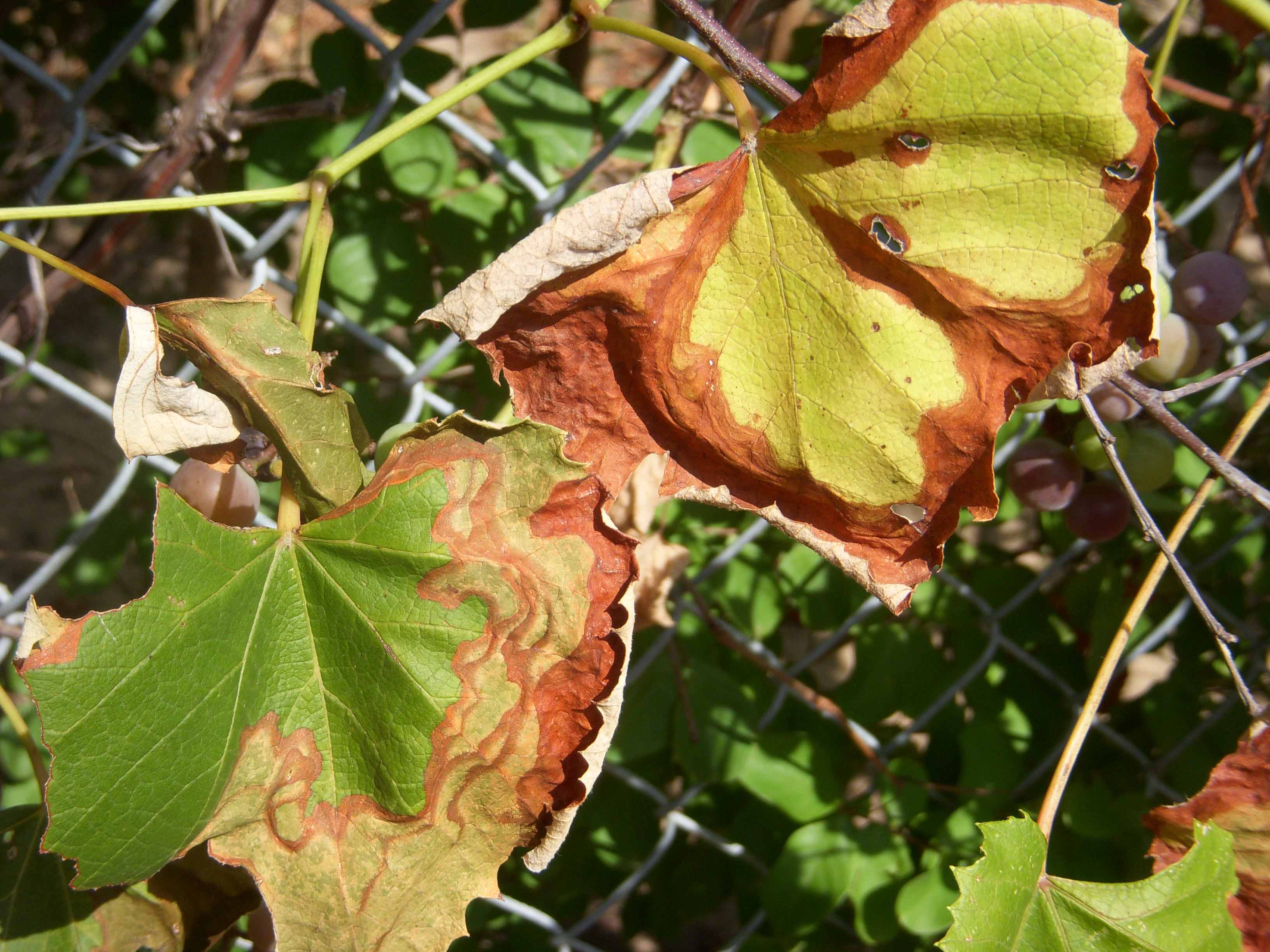 Pierce's Disease is caused by a bacterium that lives in the xylem (water-conducting) cells of plants. The symptoms are observed in late summer and fall and include marginal leaf scorch (browning) that is frequently bordered by a red or yellow halo. Entire leaves may turn brown and drop, leaving the petioles attached to the plant. Fruit clusters may shrivel and shoot growth is of ten stunted. Plants generally perform poorly and often die within a few years. 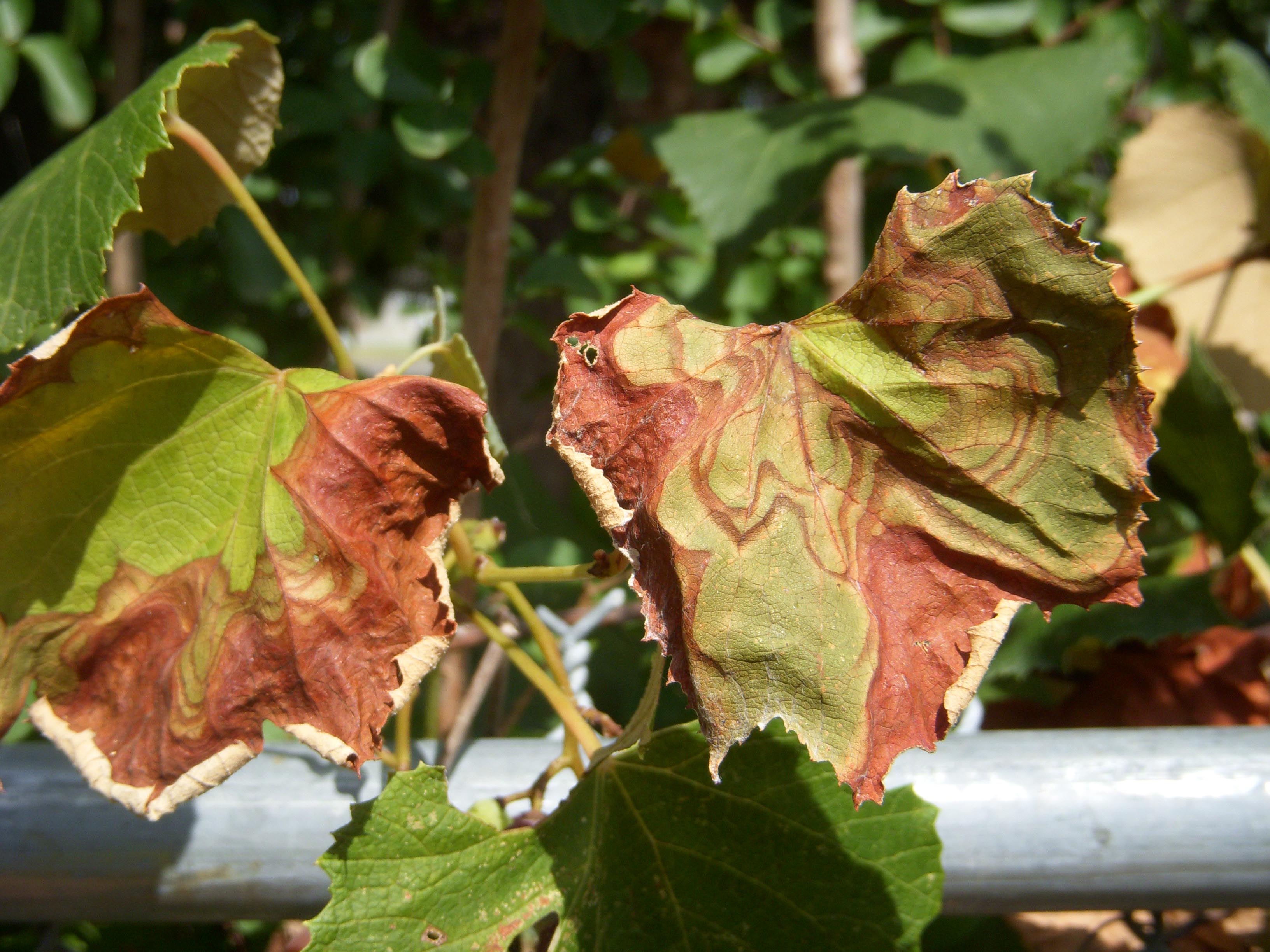 The disease is transmitted by xylem-feeding insects including sharpshooters and leafhoppers. Long distance movement is due to infected plant material.

Growers should plant certified, disease-free plants. Pruning tools should be disinfected with a bleach solution (1 part household bleach, 9 parts water) between cuts. Infected plants should be removed and discarded.

If Pierce's Disease is found in the area, it may be helpful to monitor for xylem-feeding insects that transmit the disease using yellow sticky cards. If the disease is found, other plants including grape should be sampled to determine the extent of the pathogen in the area.