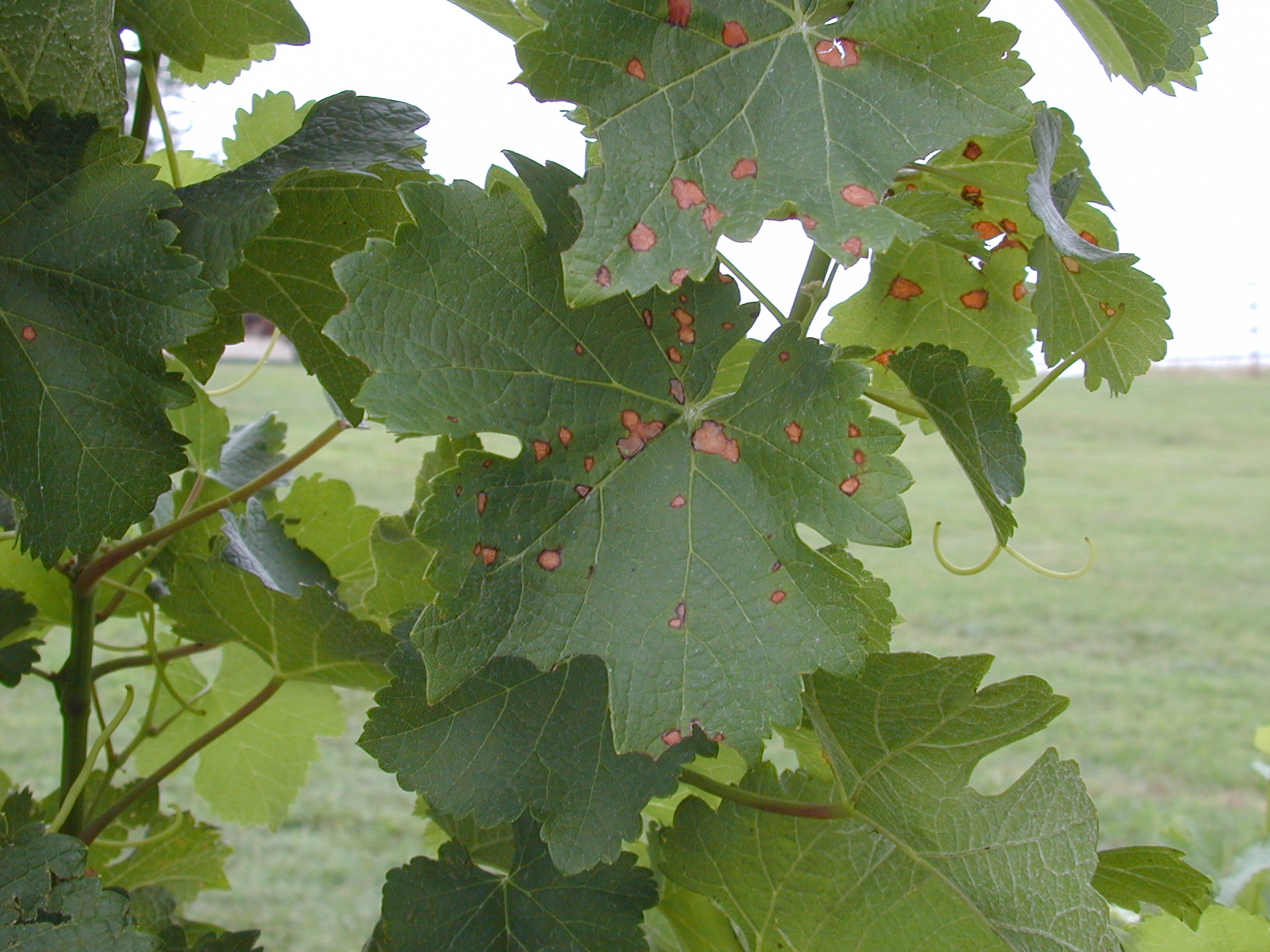 All of the new growth can become infected during the growing season. On leaves, the black rot disease appears in late spring on the upper surface as definite necrotic (dead) spots which are at first circular and red (Fig. 1). Later, the spots are visible on both sides of the leaf. As the spots enlarge, their margins become black and the red spots turn brown. At this time the spots may be irregular in shape. After the spots cease growing, they may be about 1/4 inch in diameter. Also, small black dots, asexual fruiting structures, begin forming (Fig. 2). As time passes, more fruiting structures appear and conidia (spores) are produced. These conidia infect newly-formed tissues throughout the season during extended wet weather. Black rot lesions also occur on tendrils, leaf stems, veins, flowers, flower stems, and shoots (Fig. 3). These are not as readily visible as those on leaves. 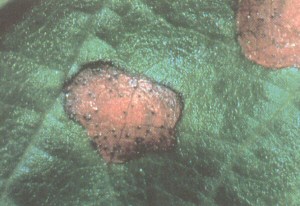 Infection spots (lesions) usually do not appear on fruits until after they are half grown. The first symptom is the appearance of very small whitish areas on developing green fruit. These are soon surrounded by a rapidly widening brown ring, giving a bird’s eye effect. As the fruit rots, black sexual fruiting bodies, perithecia, begin to form. Later, the rotted fruits become black, perithecia studded mummies (Fig. 4). Mummies are easily dislodged but some may remain 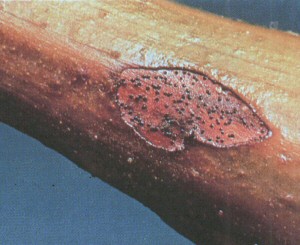 attached through the winter. After spring rains thoroughly soak the mummies, spore-bearing bodies (asci) in the perithecia forcibly release ascospores. Air movements carry ascospores to developing plant parts, which they infect under wet conditions. Some ascospores are also released during the summer when heavy rains occur and also infect tissues. Thus, there can be a continuous primary infection of tissues. The greatest numbers of infections, however, occur during the spring.

Resistant Cultivars (Varieties) - Many grape cultivars have some resistance but still require a few applications of recommended fungicide sprays during wet periods. Cultivars that have large fruits or mature early in the season are the most susceptible.