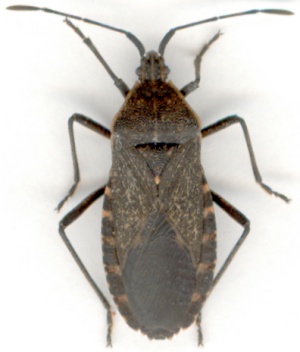 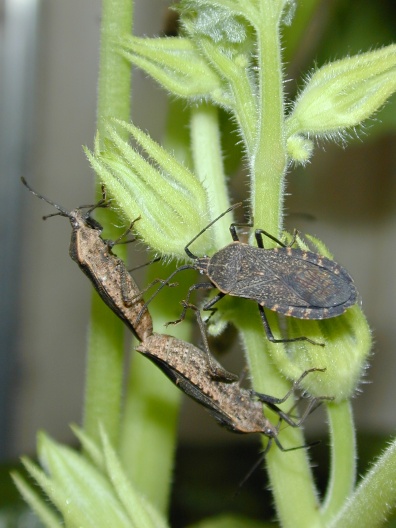 Both the nymphs and adults feed by sucking juices from the plants. The overwintered adults can cause extensive damage as they appear just after the plants have emerged. Their feeding can greatly stress and even kill young seedlings. Once the plants attain greater size, they can withstand a moderate number of squash bugs. Nymphs tend to feed in clusters at first but will disperse as they become older. All stages prefer the leaves but will feed on all above ground plant parts. They may congregate and feed on unripe fruits, especially late in the season. Squash bugs can increase in numbers quite rapidly and can cause plants to wilt just by sheer numbers. When large numbers are combined with hot, dry weather, the stress on plants is greatly increased. However, squash bugs will not kill plants "overnight." If plants wilt and die overnight, one should suspect another causal agent, such as bacterial wilt. 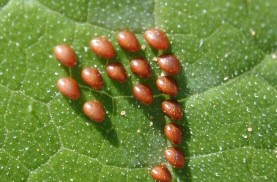 Squash bugs overwinter as unmated adults under plant debris or other suitable shelter. They emerge in late April or early May, search for suitable hosts, and mate. Eggs are laid over a period of several weeks, often in the angles formed by leaf veins, and hatch one to two weeks later. There are five nymphal stages and they take four to six weeks before new adults are produced. There are three or four generations per year, but due to the extended egglaying period all stages are present for most of the season. Nymphs present in late fall are killed by freezing temperatures and adults seek overwintering quarters. 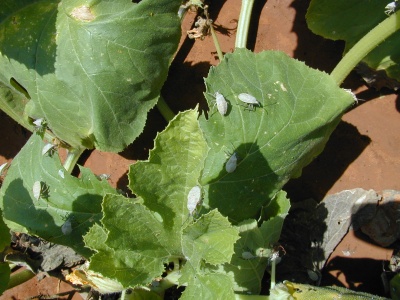 Adults are brownish black to dark ashy black in color and about 5/8 inch long. The body is compact and flat across the back with the wings overlapping toward the rear. They give off a disagreeable odor when handled or crushed. Eggs are somewhat diamond or spindle-shaped and white when first deposited. They gradually turn yellowish brown and finally dark bronze. They are laid in loose masses, mostly on the undersides of leaves. Newly hatched nymphs are pale green. As they grow, they develop a grayish body color with black legs. Nymphs are smaller than adults and do not have wings, but the last two nymphal stages have noticeable wing pads. 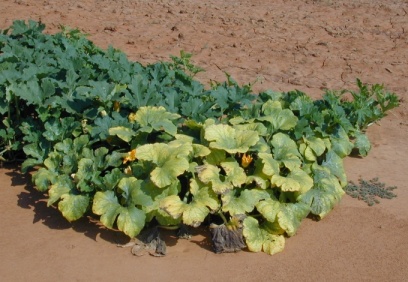