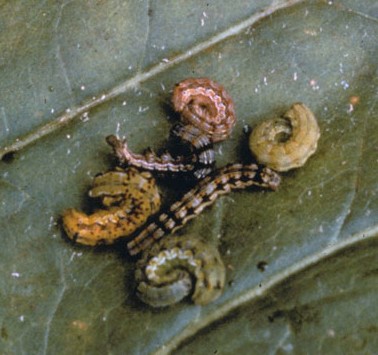 The vegetables most commonly damaged are corn and tomatoes but earworms will also feed on several other vegetables, many field crops, some ornamentals, and a wide variety of wild plants. The name of the caterpillar is often based on the host plant, e. g. corn earworm, tomato fruitworm, cotton bollworm, soybean podworm, or sorghum headworm.

Damage to com is by feeding in the terminals of young plants and in the ears (on the kernels) of older plants. Tomatoes, and occasionally peppers, are damaged mostly by the larvae boring into the fruit. Larvae will feed on the leaves and pods of beans and cowpeas and on the pods of okra. 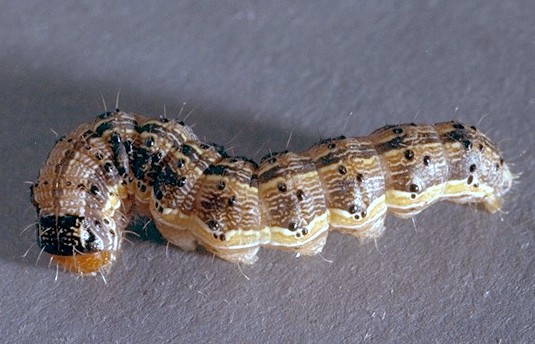 Earworms overwinter as pupae in the top inch or two of the soil. Adults begin to emerge in late March or early April. Moths also migrate north from Texas to augment the population that overwinters in Oklahoma. Eggs are laid on the buds or fruit of host plants. Larvae feed for 21 to 25 days before entering the soil to pupate. They prefer buds or fruit but will also feed on the leaves of many different plants. First generation larvae are found mostly in alfalfa and seldom cause problems in vegetables. Second generation larvae commonly damage com, beginning in mid-May. Damage to tomatoes is seldom seen before June but may continue into early October. There are at least 4 generations per year. 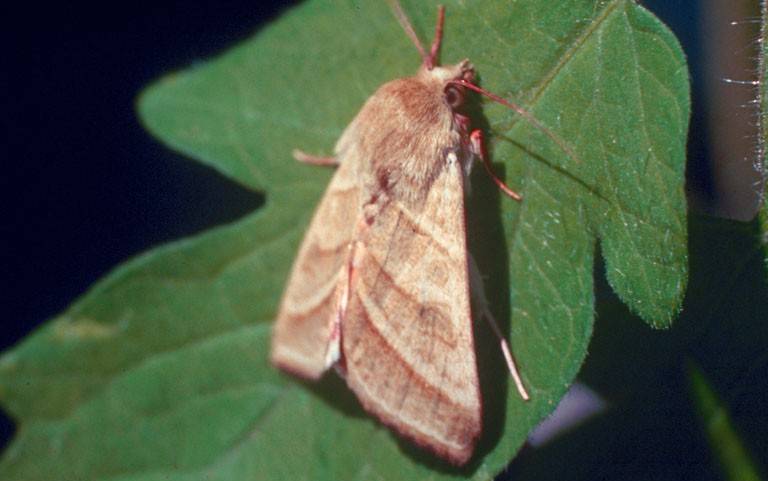 The adult moth is usually light yellowish olive with a single dark spot near the center of each front wing, but some adults have vague darker markings on the wings. The wingspread is about 1 1/2 inches. The eggs are almost spherical with a flattened base and white or cream in color. The larvae come in a wide variety of colors, including shades of pink, yellow, green, brown, and black. The color depends to some extent on the host plant. They usually have darker or lighter stripes running lengthwise on the body. They can be positively identified by the presence of short, sharp microspines between the hairs on the body, but magnification of 7 to 10x is necessary to see these spines.