The first step in avoiding winter damage is to select plants that are winter-hardy to the area. Plant mail-order catalogues and plant material literature will usually state the cold hardiness of each plant listed. Cold hardiness is normally based on the USDA cold hardiness recommendations. The state of Oklahoma is divided into zones 6 to zone 7 (Figure 1).

If you choose to use a plant that is marginally hardy, choosing the correct site may determine the survivability of the plant. Buildings may or may not offer winter protection for plants. West walls reflect heat, which can cause plants to be damaged by daily freezing and thawing (Figure 2). While the same plants growing in the shadow of north walls may be damaged less because they thaw more slowly.

Protecting plants from dry winter winds is also important for some plant species. Placing the plant on the downwind side of a wall or windbreak of other trees and shrubs will help reduce the incidence of desiccation or drying out.

The second step is to keep plants healthy during the growing season. Plants in poor health or poorly adapted species are the first to suffer during any weather stress. Few landscape plants recommended for Oklahoma die directly from cold weather during an average winter. Generally, many factors contribute to what is commonly called winterkill. To keep plants healthy avoid late-summer fertilization and pruning, supply plants with adequate moisture, and mulch to keep moisture and temperature levels even. 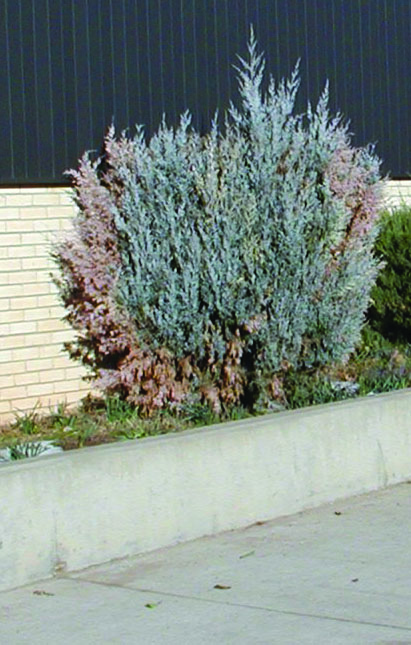 Figure 2. Reflected heat from a building may cause thawing and freezing on a winter day which may result in plant damage.

Fertilizing is best done between early spring to mid-August while the plants are actively growing. It is during this time that plants can best utilize the nutrients available in fertilizers. Even though plant roots continue to grow during the winter months when soil temperatures are favorable (above 40° F), much of the elemental nitrogen can be lost due to leaching or vaporization. However, if plants seem to be weak or if nutrients are deficient as determined by a soil test, then a fall application of low nitrogen fertilizer can be beneficial. Nutrient-starved plants should be fertilized to correct deficiencies after frost, but before freezing weather if possible. Lack of proper nutrition makes all plants more subject to winter damage. Proper decisions about fertilizer requirements and rates needed can be made by having the soil tested by the Oklahoma Cooperative Extension Service.

In case of deficiency, use a fertilizer according to label directions. If trees or shrubs are growing in turf, wait until ten days after frost. Before fertilizing plants in beds, cultivate shallowly around plants except such shallow rooted plants as azaleas. Water after fertilizing if sufficient rain is delayed for more than one or two days after application.

To correct a micronutrient deficiency like iron, apply a liquid or chelated product according to label directions and water it in.

Pruning from mid-August to killing frost is discouraged. Some species such as crape myrtle might be stimulated to grow and low temperatures could damage the tender stems. Also, many flower buds of spring-flowering shrubs and trees could be destroyed.
However, dead, diseased, or insect-infested plant parts should be removed anytime they are noticed.

Refrain from removing lower limbs of young, newly planted trees the first year or too many of the lower limbs of thin barked trees at one time. Removing too many too quickly could result in winter damage from the wind and sun. For proper timing and pruning techniques see fact sheet HLA-6409, “Pruning Ornamental Trees, Shrubs, and Vines.”

Haul all infested debris away. Many insects and diseases over-winter in dead plant parts. However, most leaves and clippings can be composted or shredded and used as mulch. Do not allow fallen leaves to remain piled on lawn grasses.

Lack of adequate soil moisture is often a major cause of winter damage. All plants, but especially narrowleaf and broadleaf evergreens, use water during winter. Moisture must be available below the frost line or frozen soil.

Plants should be watered thoroughly in the fall to prepare them for the winter months. If the soil is heavy clay, water should be applied very slowly. To speed water absorption or to get water into the soil on a sloping bank, holes may be punched or drilled a few inches deep. These holes may be left open or back-filled with peat or mulch to aid water absorption.

During dry winters, broadleaf evergreens such as hollies should be watered about once each month. Do not forget those growing in above ground planters protected from rain. They need watering even in a wet season. Also, remember to water plants that are located under the eaves of a building or home since they often receive little natural precipitation.

Most container-grown plants today are produced in a soil-less mix. These need water more often, even after planting, than field-grown plants. This is because the soil-less growing mix holds very little water. Until the roots grow into the surrounding soil the plant can dehydrate even though the bed soil is damp. This is especially true of plants like hollies and other broadleaf evergreens planted in fall and winter. When watering new container-grown plants, slowly apply the water directly at the center of the plant.

Trunks of some newly planted trees, especially those with green trunks or thin-bark, require protection from direct sunlight during all seasons. They are especially susceptible to sunscald (blistering and cracking of the bark) during winter months when leaves are absent. Protect the trunk with a commercial tree wrap such as a polyurethane spiral wrap (Figure 3) or paper (kraft) wrap. The wrap should be applied in the fall, but should be removed prior to trunk expansion each spring. The most commonly reported damage from trunk protective wraps is trunk girdling or constriction because the wrap was too tight or left on too long. Generally, a tree will only need to be wrapped the first season or two after planting. Figure 3. plastic tree guards (polyurethane spiral wraps) can be reused for many years, allow good air movement between bark and guard, and will not girdle the trunk.

Tie the wrap firmly, but not tightly. Polyurethane wraps expand without binding the trunk. Start at the ground and wrap up to the first branch slightly overlapping as you go (Figure 4). Do not attach wraps with wire, nylon rope, plastic ties, or electrical tape.
Plants prone to winter desiccation, such as broadleaf evergreens, when planted in open windy areas may require additional protection. Temporary protective barriers such as sheets of burlap, lathe fencing, bales of hay etc. can be constructed to provide protection from the drying winds (Figure 5). 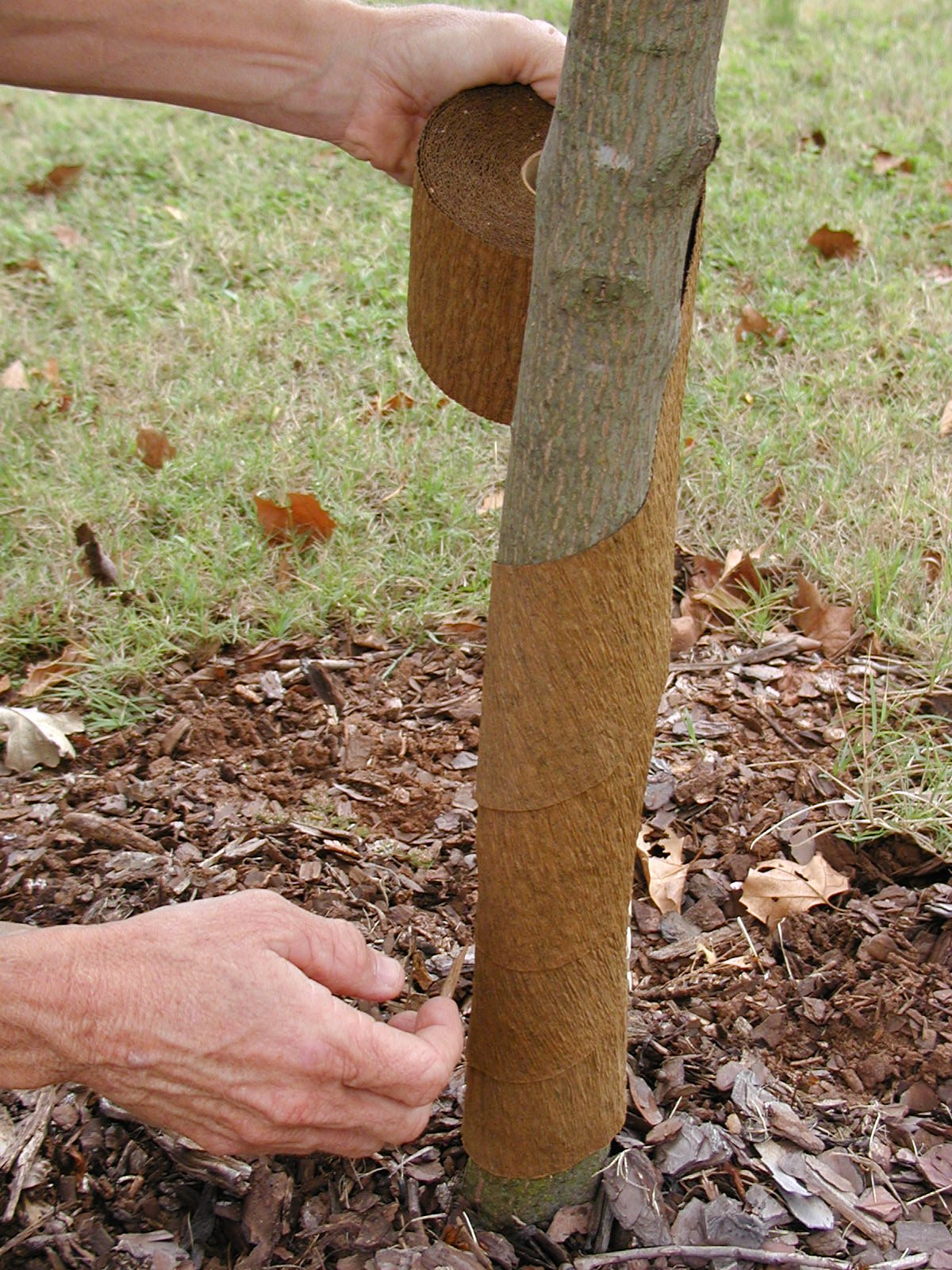 Figure 4. Apply paper wraps starting at the base of the tree, overlapping as you go, up to the first branch. 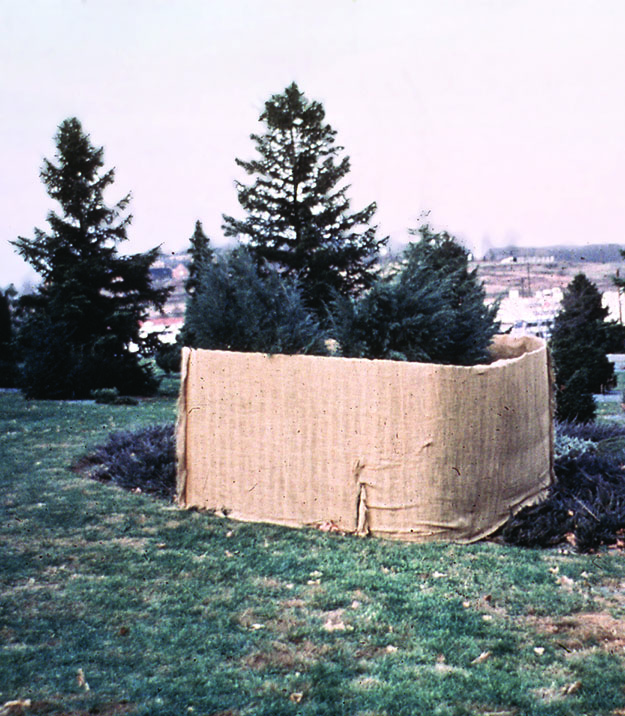 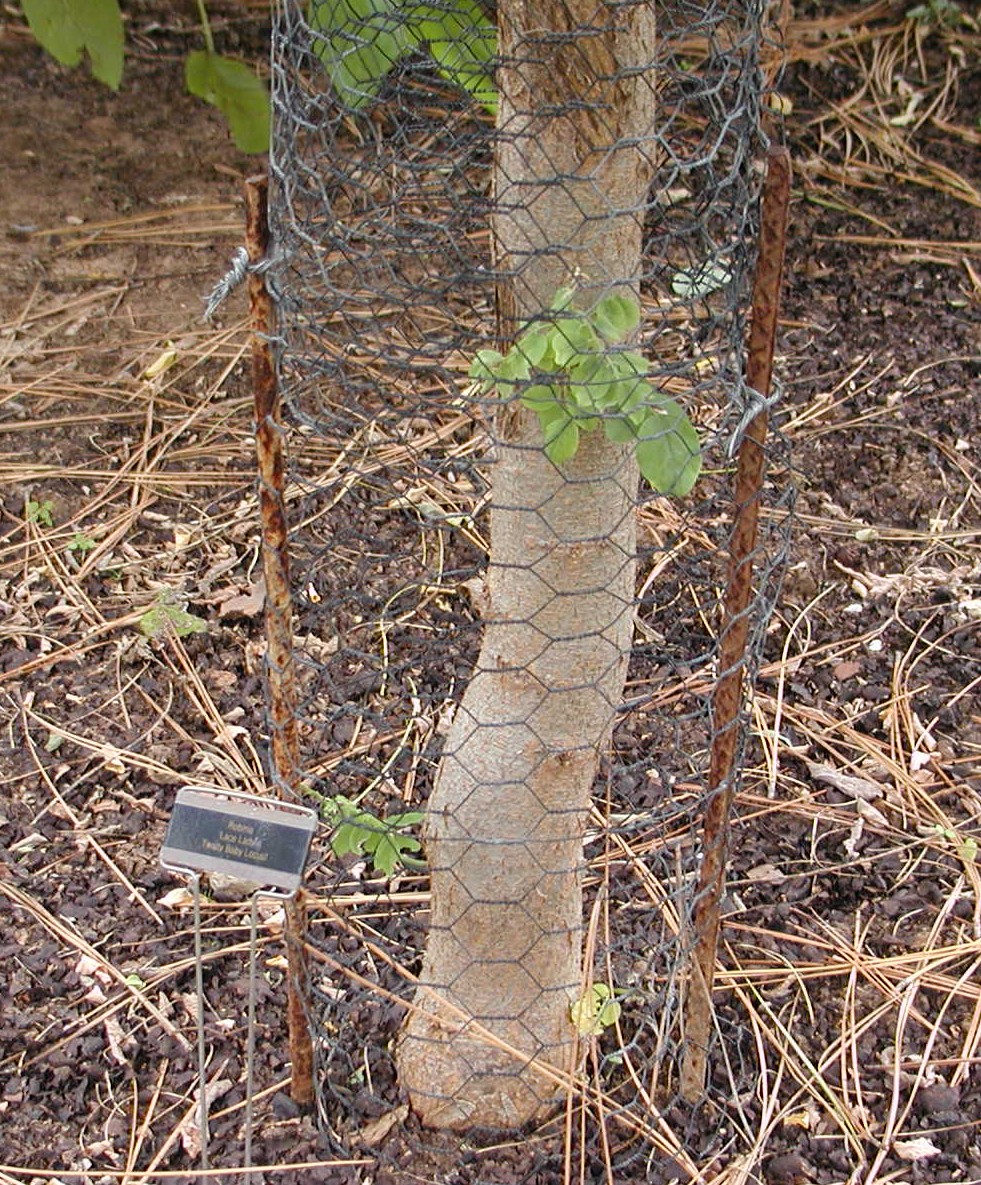 Figure 6. Chicken wire mesh can be used to protect trunks from animal damage.

Wait until after killing frost to apply winter mulch. In addition to insulating plant stems and roots from freezing, mulch also prevents fluctuation in soil temperatures. Mild, sunny weather warms the soil. Some unmulched shrubs such as roses and many perennial flowers then begin to grow only to be damaged when freezing temperatures return. Newly planted plants are often lifted out of the soil due to the constant freezing and thawing motion of the soil that causes upheaval and damage to new roots. Keep mulches a minimum of six inches from the plant stems or trunks. Mice or vermin often overwinter in mulch and may nibble the bark off. Deep mulches or mounds should be completely removed by March 1 in most of the state.

Many materials can be used for mulching. These include, but are not limited to, bark, old hay, straw, sawdust, cotton burrs, and grass clippings. If hay or straw is used presprout weed seeds by soaking with water for two or three weeks before use. This should be done while the weather is still mild. If sawdust is used, as much as one cup of urea per bushel may be needed to prevent nitrogen deficiencies.

The finer textured the mulch, the thinner the layer required. For example, one or two inches of sawdust will insulate as much as four or five inches of hay or straw. Leaves should not be used unless they have been shredded or composted. Avoid using diseased tree leaves, etc. for mulching. Use leaves or grass clippings with caution as they can pack and prevent air and water from entering the soil.

Using polyethylene or plastic under mulches is generally undesirable since it also reduces air and water penetration. Fabric landscape barriers are beneficial under mulches.

During severe winters and when late spring freezes occur, even well adapted plants may be damaged. Winter damaged shrubs should have begun growth by June 1 at the latest. However, freeze damaged shrubs often begin growth early only to collapse and die with the first hot days of summer. Treat freeze-damaged plants as follows:
Narrowleaf Evergreens (juniper, pine, etc.) – Species differ in their ability to recover from winter damage. Juniper (cedar), pine, and Arizona Cypress should be removed if 30 percent or more of the top is dead. Otherwise, cut out dead branches and prune to reshape. Arborvitae and yew are the only species of this group with dormant buds. Thus, they can be cut back severely and recover or be maintained as a hedge. In the spring, apply fertilizer at label rates to promote new growth. Do not place fertilizer against the stems or trunks of plants. Scatter fertilizers from slightly beyond the branch tips toward the stem.

Broadleaf Evergreens – Even though the top may be partially or completely dead, the plant may grow from the base. Allow enough time for new growth to appear before deciding to remove or prune. If top damage is severe on such plants as abelia, euonymus, nandina, and jasmine, cut the top back to within six to 10 inches of the ground. Such plants as cherry laurel and holly should be pruned back to side branches having live wood. In the spring, apply fertilizer at label rates to promote new growth. Cultivate carefully to avoid damaging fine roots near soil surface. Water thoroughly after fertilizing.

Flowering Shrubs – Remove all dead wood and part of the oldest and weak spindly canes or stems of damaged flowering shrubs. Tree-type shrubs such as althea and crape myrtle should have only the weak and dead wood removed. Old and weak plants should be completely removed. Multiple-stemmed shrubs such as spirea and forsythia can be cut back to within six to 10 inches of the ground if severely damaged. Fertilize as noted for narrowleaf evergreens.