Life and Challenges of Low-Income Couples Living in America: A Resource Guide for Relationship Educators

Life and Challenges of Low-Income Couples Living in America

Between 1970 and 2002, the amount of children living in two-parent families declined from 85 percent to 69 percent, while the share of those living in single-parent families experienced a more than two-fold increase from 11 percent to 27 percent. Estimates now project that more than 50 percent of all children in the United States will spend all or part of their childhoods in single-parent families. At the same time, a consensus has been growing among family scientists that children do better on almost every measure of well-being when reared by their biological parents. In response to this research, policy-makers began to turn their attention to programs that might help families stay together through the strengthening of the couple relationship, and in particular to the strengthening of low-income couples who have a child in common.

This Fact Sheet is about these low-income couples who typically have at least one child in common. However, numerous barriers impede the majority from formalizing their relationship in marriage. In line with Ooms and Wilson (2004) who break these barriers down into two over-arching categories: financial and relationship obstacles, this Fact Sheet lays out some of the challenges faced by these couples starting with an exploration into the life of the working poor in general, and followed by more specific descriptions of the unique challenges in the couple relationship for lower income individuals.

Who Are these Low-Income Parents?

Being poor is not just about not having enough money. Multiple factors come 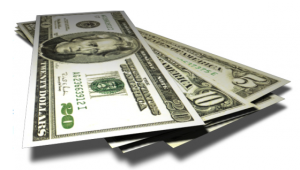 together to produce what we commonly call poverty – chronic shortage of money, accumulating debts, low levels of literacy, high rates of unemployment or underemployment, incarceration, substance use, depression, domestic violence, poor housing and unsafe neighborhoods, low self esteem, etc. Any one of these factors can place enormous stress on a couple’s relationship and most low-income couples are managing several factors at any one time. The next several lines give a brief overview of some of the challenges of being among the working poor in America.

For practically every family then, the ingredients of poverty are part financial and part psychological, part personal and part societal, part past and part present. Every problem magnifies the impact of others, and all are so tightly interlocked that one reversal can produce a chain reaction with results for distant from the original cause. A run-down apartment can exacerbate a child’s asthma, which leads to a call for an ambulance, which generates a medical bill that cannot be paid, which ruins a credit record, which hikes the interest rate on an auto loan, which forces the purchase of an unreliable used car, which jeopardizes a mother’s punctuality at work, which limits her promotions and earning capacity, which confines her to poor housing.

Being Poor is Expensive

The survivor’s intimate relationships are driven by the hunger for protection and care and are haunted by the fear of abandonment or exploitation. In a quest for rescue, she may seek out powerful authority figures who seem to offer the promise of a special relationship. By idealizing the person to whom she becomes attached, she attempts to keep at bay the constant fear of being either dominated or betrayed.
Inevitably, however, the chosen person fails to live up to her fantastic expectations. When disappointed, she may furiously denigrate the same person whom she so recently adored. Ordinary interpersonal conflicts may provoke intense anxiety, depression or rage. In the mind of the survivor, even minor slights evoke past experiences of callous neglect, and minor hurts evoke past experiences of deliberate cruelty…. Thus the survivor develops a pattern of intense, unstable relationships, repeatedly enacting dramas of rescue, injustice, and betrayal.

Some Common Barriers to Couple Formation

This section addresses more specifically issues from the literature on low-income unmarried couples with a child in common. Other more widely known issues pertaining to couples in general are not mentioned in this section. The literature on low-income couples is relatively new and, therefore, under-developed. Many of the studies are either qualitative in nature or have not been replicated and thus should be used with the caution corresponding to new findings.

Some Statistics on the Unmarried

There are four major issues that seem to reoccur among low-income couples. They are listed here in order of frequency.

Reason’s for Breakup According to the Couples

Even though marriage rates are significantly lower among the poor as compared to the general population, their attitudes toward marriage reflect a strong belief in and a deep respect for marriage. To these low-income couples, marriage is a sign of 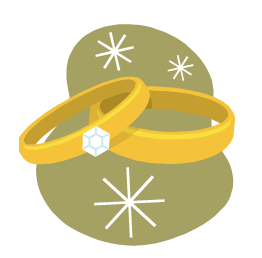 Given these couples reverence for the institution of marriage, and their generalized lack of consistent successes in life, programs should include small successes that lead to a sense of accomplishment and readiness. Cohabitation may be one step in the process.

In one of the few studies that report on sexual fidelity among low-income couples, research found that most low-income couples subscribe to the principle of sexual monogamy as the norm for serious relationships. However, most low-income couples (58 percent) report at least one incidence of sexual infidelity by either of the partners over the course of their relationship. In 30 percent of the cases, both have been unfaithful and in 13 percent of the cases, the woman alone was unfaithful. In more than half of the couples where infidelity was reported, it was described as chronic (habitual pattern of cheating). For the majority of these couples, the relationship had ended by a four year follow-up. However, the majority of those who reported isolated incidents of infidelity were still together.

Programs need to include units on building trust.

Issues surrounding the father’s contact with his children living elsewhere seem to be a significant source of conflict in low-income couples. The colloquial term “baby mama drama” describes the conflict with and jealousy of the mother of the father’s noncoresident children. A key difference between couples who transition into marriage, or at least stay together, is their ability to manage the drama. This appears to be accomplished by most couples through the severing of the father’s contact with children from previous relationships, and the mother severing her children’s contact with their fathers by previous relationships. Mothers in the families that transition into marriage seem to encourage all of their children, both hers and theirs, to refer to the new father as “daddy,” an action that shifts the children’s allegiances from the other fathers to the resident father of their shared child. Thus, it would seem that in the struggle to create a stable environment the investment in the new stepfamily versus continued involvement with other children is a zero sum game.

Transitioning into marriage for these couples will most likely occur with someone other than the biological parent of one or more of the children and may require that contact between the nonresident fathers and their children, and the other children of the resident father be limited or even severed in order to stabilize the marital relationship.

Marriage Markets and a Shortage of Marriageable Men

Programs must address deficit of marriageable men in low-income communities.

Take away message for facilitators

Low-income couples want to form healthy enduring relationships and to be responsive and responsible parents to their children. Millions of low-income couples with lofty goals work hard to maintain their families. However, despite their determination and effort, hard work is not working for these families and the “American Dream” is becoming increasingly elusive for them. The multiple problems these families face both relationally and economically are intricately interwoven, existing because of each other instead of independently of each other. Therefore, seemingly small problems or errors in judgment can have enormous consequences for low-income families releasing a domino effect that rushes them toward a downward spiral.

While what keeps these couples from formalizing their relationship in marriage may be largely economic, what continues to shipwreck their plans to marry before laying down the economic base is a series of very serious relationship problems. Disturbing percentages of couples experience domestic violence, infidelity, incarceration, and abuse of drugs and alcohol. For single mothers among some minority groups, these factors have so eroded the male population that special programs need to be in place to simply help increase the quantity of “marriageable” men. Many low-income couples are literally starving from a lack of nutrient rich relationships.

By focusing on basic relationship skills, marriage educators can help couples improve in areas that will benefit them in both their relationship and the workplace. For example,

By focusing on unique issues related to low-income couples these couples can be encouraged to work on targeted areas that will produce the most growth. For example,

By focusing on connecting couples to multiple community partners, marriage educators will able to provide a diverse assortment of services. For example,

Tips for Recruitment of Low-Income Couples

Gibson-Davis, C., Edin, K., McLanahan, S. (2006). High Hopes but even higher expectations: A qualitative and quantitative analysis of the marriage plans of unmarried couples who are new parents. Journal of Marriage and Family, 67(5), 1301-1312.

Smock, P. (2000). Cohabitation in the United States: An appraisal of research themes, findings, and implications. Annual Review of Sociology, 26(1), 1-20.

Learn how to stay safe when online dating

Learn how to get through divorce successfully by understanding the six different types of divorce.

A guide to aid couples in navigating their finances, and an explanation of the different systems to handle money for effective finance communication.

Budgeting & Financial PlanningMarriageMoney Management (Personal)Parenting & Family Relationships
Fact Sheet
Tips for Working with an Uncooperative Co-Parent!: 10 Things You Should Do

Understand the three primary characteristics of a healthy co-parenting relationship and how to create a healthy environment for the children.