This publication provides practical procedures which can be used by producers, warehouse managers, and elevator managers for sampling and grading sorghum. The procedures and portion sizes are based on the USDA Practical Procedures for Grain Handlers. The portions and hand sieving methods presented in this Current Report are not used by official grain inspectors licensed by the Federal Grain Inspection Service. Licensed graders must use larger portions and precision mechanical equipment that will provide the most accurate and most uniform results.

The following pages explain the proper way to do probe sampling. Some of this information was taken from Inspecting Grain-Practical Procedures for Grain Handlers, Section 1, Sampling Grain.

Before learning the sampling procedure, the sampler should become familiar with the equipment used.

There are several ways to insert the probe into the grain. Regardless of which technique you use, the general rules are

Draw at least two samples from any truck or trailer that carry 600 bushels or less. Larger lots of grain should be probed in 3 to 5 places. Recommended probe sites, which are shown in Figure 1, are anywhere in the carrier except the corners and the center of the load (which was directly underneath the loading spout). The probe sites should be varied between loads in a random manner. Elevators which routinely sample in the same location have found that bad grain seems to migrate to the areas in the load which are not sampled. Hopper bottom carriers should be probed in the center of each hopper (Figure 2). 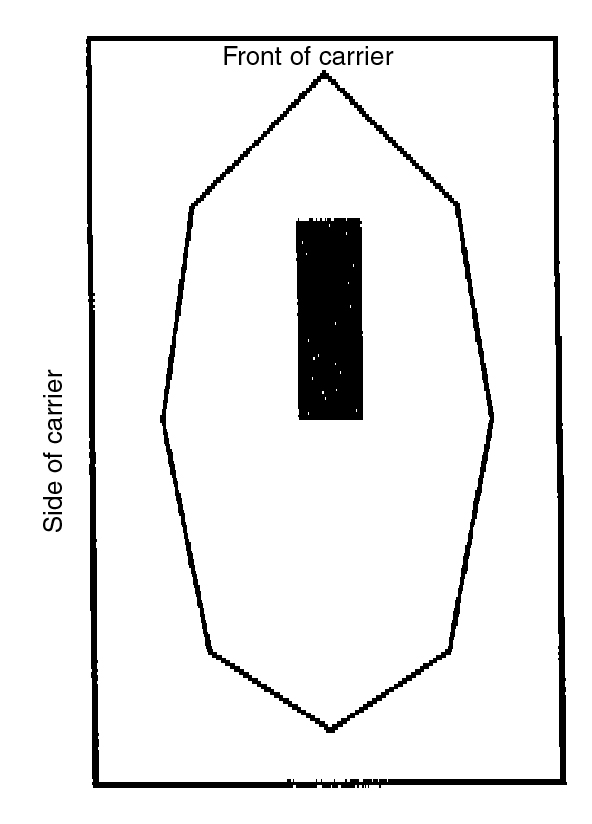 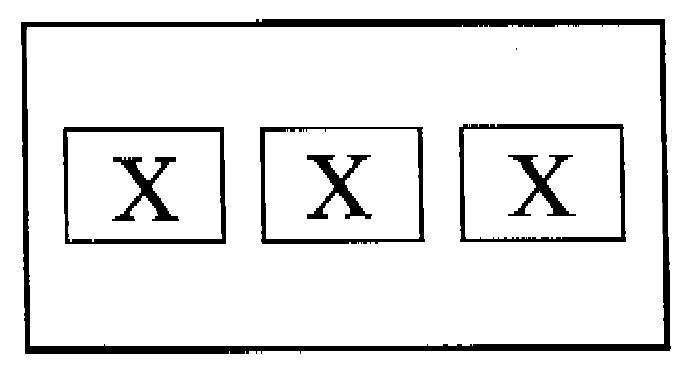 * Draw probe samples from the points marked with an X. Avoid probing in the sprout-lines.
Figure 2. Sampling Sites—Hopper Bottomed Carriers.

The process of inspecting sorghum begins when the sample is drawn and follows a prescribed path:

Use the probing procedures described above, or a tailgate sampler or other method, to obtain a representative sample of approximately 1000 grams.

Except for smut or garlic odors, sorghum which has a musty, sour, or commercially objectionable foreign odor (COFO) is “U.S. Sample grade.” Use the entire sample to determine odor. Fumigant or insecticide odors are not considered COFO if they dissipate after aerating the sample for up to four hours. The presence of two or more live insects injurious to stored grain causes the grain to be designated “infested” but does not affect the numerical grade. Heating is a condition common to grain which is spoiling and also causes the grain to be designated “U.S. Sample grade.” Be careful not to confuse heating with sound grain which is warm due to storage in bins, railcars, or other containers during hot weather. Other harmful substances which can cause the grain to be considered “U.S. Sample grade” include castor beans, cockleburs, crotalaria seeds, glass, stones, and unknown foreign substances such as rock salt or fertilizer.

Moisture is an essential measure of sorghum storability and value and should be determined prior to removing dockage. Moisture can be determined with any device which has been tested and approved by the Oklahoma Department of Agriculture. Moisture meters should be certified once a season and maintained in adherence with the manufacturer’s recommendation. Many moisture meters (such as the Montomco) require that a specific weight sample be used. The use of an approximate sample weight will result in an inaccurate measure of moisture content. Additionally, some of the newer moisture meters also display an estimate of test weight. This test weight estimate cannot be legally used in determining grade since it is based on a small sample size (often 100 grams or less).

Test weight is a measure of the weight of grain required to fill a specific volume (pint, quart, or bushel). To determine test weight, pour the entire dockage-free sample through a funnel into a kettle until the grain overflows the kettle. Level off the kettle making three, full-length, zigzag motions with a stroker. The test weight is determined by weighing the filled kettle on either a special beam scale, an electronic scale programmed to convert gram weight to test weight, or a standard laboratory scale. If a standard scale is used, the gram weight must be converted to test weight per bushel. (Multiply the grams in a one-quart kettle by 0.0705 to obtain the test weight in pounds per bushel.)

The entire sample (approximately 1000 grams) should be used to determine the level of dockage. Sorghum dockage is certified in whole percents with a fraction of a percent discarded (1.00 to 1.99 is recorded as 1.0%). Dockage is weed seeds, weed stems, chaff, straw, grain other than sorghum, sand, dirt, and any other material other than sorghum, which can be removed readily from sorghum by use of appropriate sieves. Following are the guidelines for hand sieving to determine dockage (Figure 3). 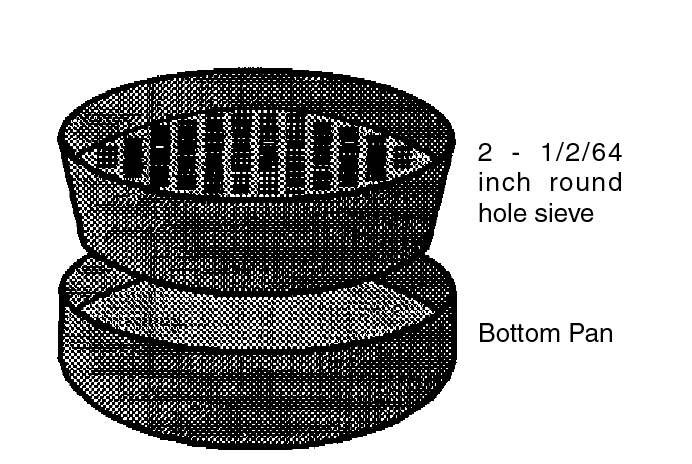 Sieve for 20 strokes. Dockage is all the material which passes through the sieve and falls in the bottom of the pan.
Figure 3. Determining Dockage in Sorghum Using Hand Sieves.

Step 5 (b)—Determination of Dockage With a Mechanical Dockage Tester

Step 6—Determination of Broken Kernels, Foreign Material, and Other Grain with a Mechanical Dockage Tester

(Refer to determination of dockage with a mechanical dockage tester, described above).

The percentage of heat damaged and damaged kernels is determined by handpicking a 125-gram sample. The most common types of kernel damage are germ, frost, heat, mold, purple pigment, and insect damage.